A full-scale war between Saudi Arabia and Iran appears unlikely at the moment. It’s more plausible there will be plenty of hysterics and little shooting.

If we were in a normal situation, oil prices should have shot up instead of barely edging up to $38/barrel [and then fall again]. The reason is that Chinese markets started the year by dropping by 7% in a single day, after which trading was halted.

It’s a clear sign that PRC Communist Party still has not solved the financial market problem so they drop the first chance they get. The yuan is also experiencing problems, but excluding overly eager Western banks from currency trading is giving positive results.

China’s stock market fall meant that the spike in oil prices was limited, especially since US and European markets fell in a show of solidarity. 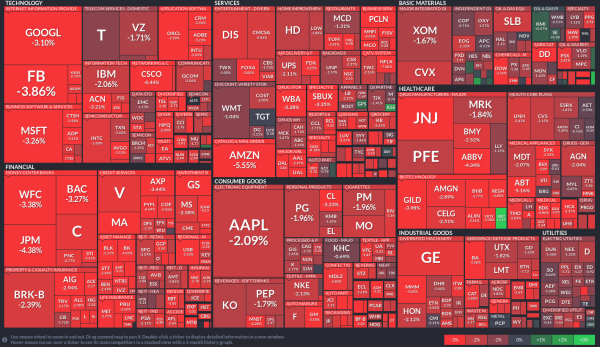 It would be too bad if oil were to temporarily rise due to the Saudi-Iranian rumble, because it would give the US shale oil firms an opportunity to hedge their oil at more acceptable prices. Too bad Rosneft doesn’t know how to do something similar. Shale extraction is dropping, but not at the rate we’d like. Shale is being strangled but not as quickly as it should. 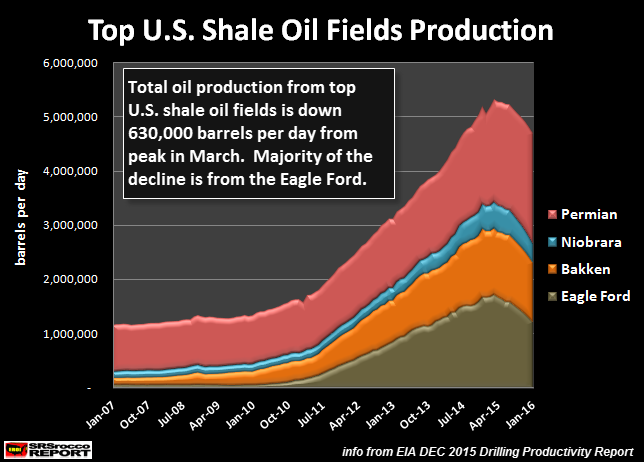 By the year’s end banks crediting shale extractors adopted a half-measure. Instead of either fully cutting credit or expanding credit, they opted to partly limit credit which allows the firms to survive until the end of 2015 and allows the banks not to have to record losses in 2015 which in turn allows them to collect their bonuses. The problem is that the shale firms can’t make debt payments which has led hedge funds to start blowing up, since that’s who’s holding their shares.

http://www.vestifinance.ru/articles/66007
Here’s what the US markets are looking at about right now: 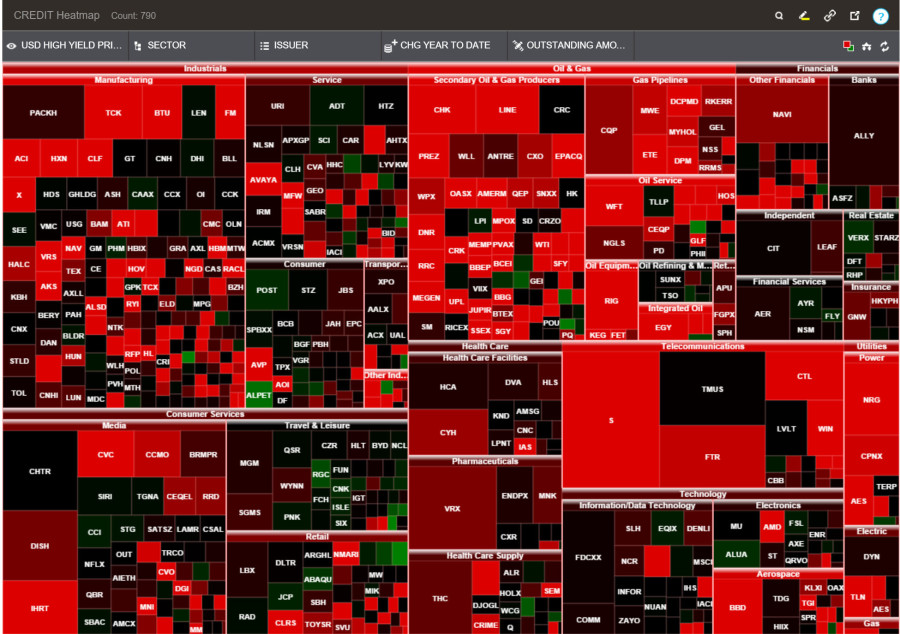 The situation strongly resembles the last crisis when one sector (real estate and associated derivatives) provoked a systemic crisis, now one could be triggered by shale oil and other firms which borrowed heavily on the cheap betting on an economy that is stubbornly refusing to grow.

There’s another similarity between 2016 and 2007/2008. Something odd is happening on the repo market (trilateral repo), which was heavily used before the first wave of crisis to hide the major financial players’ toxic debt (various MBS, ABS, CDO). The deals were made (usually one day before having to make a report to regulators and shareholders, in other words, at the end of quarter) by having the bank transfer the toxic guano to another bank in return for some innocuous asset such as US government bonds. This made it possible for the bank or fund make it appear everything was in order, which is why it paid a certain commission on the transaction. The side effect of using this scheme on a wide scale is that good bonds vanish from the market for one day when they are being used to fool everyone else.

Western media report that by the late 2015 someone had to close a $475 billion hole in this fashion.

This is really beginning to look like 2007, with all the associated consequences.

While it’s too soon to guarantee 2016 will be a bear market, the year certainly will not be boring. Two scenarios appear very likely, both of which (in my view) will be good for us:

1). “2008 all over again”, in other words a sharp and obvious start of the second phase of global crisis.

2) in order to avoid the “second phase”, we get something like a global “quantitative easing” to the n’th degree. It would likely end in hyperinflation, but that’s a separate story.

There’s also an option 3, namely that an all-out war breaks out in the Middle East. It will happen if the Saudi elite (in aggregate) turns out to be even dumber than Erdogan and trusts in the promises of US “hawks.” It’s a plausible scenario but still (in my view) an unlikely one.