–Who’s all this for, young lady? What’s this?
–Just stuff.
–Charity?
–Where did you get that idea? It’s all personal belongings.
The jowly border guard with hands red from the frost smiles slyly while looking at a car with Moscow plates that’s stuffed to the gills.
One can see the boxes and books treasonously poking out, with insulin packets, test strips, and colostomy bags hiding behind them among childrens’ toys.
I’m hopping in the snow to keep warm, ready to reveal my cover story that half of my organs are failing.
–Where are you headed?
–Seeing some friends in Lugansk.
–OK, kid, keep going. 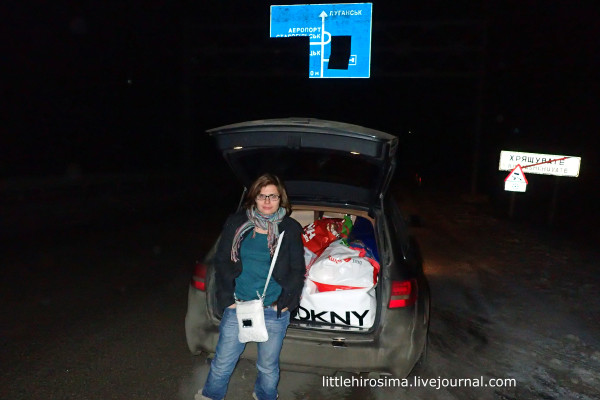 This is how we quickly and easily crossed the border into the Republic.
To visit a few friends.
It snowed every day prior to our trip, so that all of our relatives tried to talk us into postponing it.
But the weather turned out to be on our side, and did not fail us.
We saw the aftermath of the snowstorm the whole way there.
Light snow covered everything, including the icy road shoulders. The absence of advertisements on billboards is the Republic’s calling card of sorts.
Although occasionally one encounters civic messages. All the roads are lined with rusty, empty billboards. 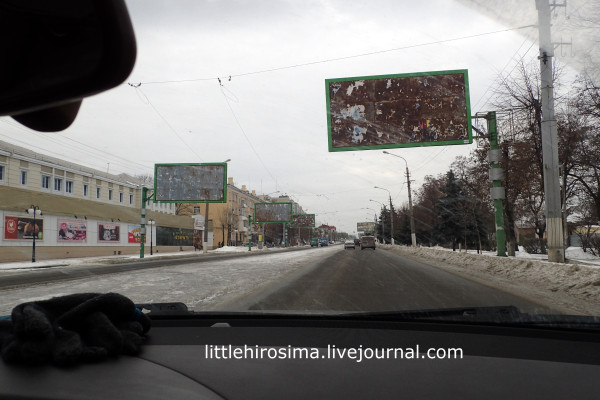 And suddenly my eyes which have gotten used to pieces of shredded paper in green frames light up.
–“Beloved!!!”
Yes, things are changing in Lugansk.
Everything on that billboard is beautiful, the background, the glasses, the sun…So much awesomeness. –Hey, Zhenka! Are courts working yet?
–Not yet.
–So what’s this?
–Looks like they made a sign.
–So they are working?
–No, not yet.
Fine, but since the sign is here, the courts can’t be far behind. 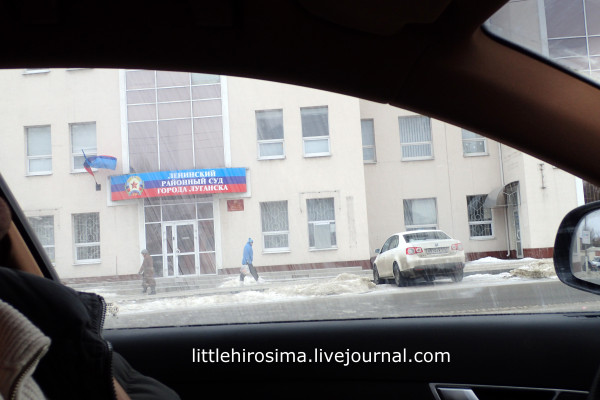 Lugansk looks busy.
People everywhere.  Bright lights.
Lots of cars and much to do.
I haven’t seen a single military vehicle in the last few days, which seemed unusual.
And soldiers are also almost invisible.
But plenty of local beauties and kids throwing snowballs.
Prices in the stores are rising rapidly, one would think the end of the world was coming.
But that “Beloved!!!” is yelling after us–wait, you still have time!
Good morning Lugansk!
I missed you, dammit.