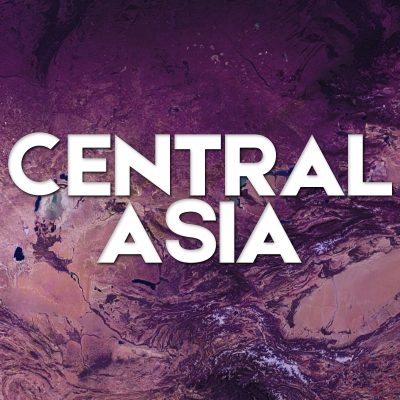 The state of emergency, which was introduced in the regions of Kazakhstan in early January amid unrest, has ended. During this period there was a curfew in the cities, round-the-clock patrolling, restrictions on movement and a number of other prohibitions.

Today, the situation in the country is finally back to normal. President Tikayev has claimed that the acute phase of the counterterrorist operation has passed. The situation in all country’s regions is stable.

On January 11, Tokayev announced the completion of the CSTO peacekeeping mission in Kazakhstan. Only four days after the deployment of the troops. Peacekeepers began to leave the country on January 13. Russian Defense Minister Sergei Shoigu clarified that the withdrawal of CSTO troops will be completed by January 19.

More than eighty military transport aircraft were involved in the operation to transfer the peacekeeping forces of all CSTO member countries.

On January 18 alone, 40 planes from Kazakhstan landed in Russia with Russian peacekeepers and military equipment. Earlier, on January 17, 14 planes with CSTO peacekeepers returned to Russia. Before that, ten more planes with mission participants on board landed at the airfield in Ivanovo.

The introduction of the CSTO peacekeeping forces made it possible in the first days to release about 1,600 employees of the law enforcement agencies of Kazakhstan who were involved in the counter-terrorism operation.

The special services of Kazakhstan have established that members of radical and extremist organizations participated in the riots, the country’s Secretary of State has recently revealed.

Finally, a public statement was also made by the former President of Kazakhstan, Nursultan Nazarbayev, whose silence gave rise to many rumors.

On January 18, Nazarbayev’s press secretary posted on Twitter an appeal from the ex-president, who appeared in public for the first time since the end of December and commented on the riots in the country.

He said that there is no split of the elites in the country and the current president Kassym-Jomart Tokayev has the full power in his hands.

He called the purpose of “these organized riots and attacks on Kazakhstan” the destruction of the country’s integrity, and expressed confidence that the crisis will be overcome, including through the reforms proposed by Tokayev, which he called for support.

Ex-President of Kazakhstan Nursultan Nazarbayev said that he is now a pensioner and is on a well-deserved vacation in the capital, which he did not leave.

On January 5, Nazarbayev voluntarily passed his post of head of the Security Council of Kazakhstan to Tokayev, although by law the post was assigned to the first president for life.

Nazarbayev’s nephew Samat Abish was dismissed from the post of First Deputy chairman of the National Security Committee. The son-in-law of the ex-president, the head of the National Chamber of Entrepreneurs “Atameken” Timur Kulibayev also resigned. Earlier, Dimash Dosanov, Chairman of the Board of KazTransOil JSC, husband of Nazarabayev’s youngest daughter, and Kairat Sharipbayev, Chairman of the Board of QazaqGaz National Company JSC, husband of Nazarbayev’s eldest daughter Dariga, resigned from their posts.

The protests in Kazakhstan were explosive, but they failed to develop into a revolution. Thanks to the decisive actions of President Tokayev and the quick decision to introduce CSTO forces, the riots were quickly suppressed. However, the political demands of the protesters were largely heard. In the early days Tokayev dismissed the entire government, and former President Nazarbayev was actually removed from power.

the CIA is so disappointed

Not to mention Soros.

The CIA and terrorist mossad planned operation. Would be nice if some of them were caught in the country and executed