This article is available in German: LINK.

The Taliban overran Afghanistan in a matter of months, leaving many Afghans risking life and wellbeing to attempt an escape.

The United States took control of Kabul Airport forcing it into operation, while evacuating primarily its own citizens and other foreigners.

US forces shot and killed two armed men who fired on them. There is no indication that the two men were not Taliban members.

Videos are abound online showing desperate Afghans clinging to US military planes as they take off.

There is gruesome footage showing people falling out of flying airplanes and into people’s houses.

About 2,500 US troops were at the airport, by the end of August 17th, the US Department of Defense expects a reinforcement to arrive, up to 3,000.

In the days leading to August 19th, this number is expected to reach 6,000 to guarantee security at the airport.

The US military had temporarily suspended air operations at the airport while US troops cleared Afghans who had flooded onto the airfield in a desperate rush to escape the Taliban.

It is understandable that the Afghans feel completely abandoned and reeling. US CENTCOM commanding officer General Frank McKenzie met with Taliban leaders in Doha, Qatar, to underscore that the sole US mission was to get people out safely.

As the Biden administration prioritizes the evacuation of American personnel from the country, it curtailed the number of government-sponsored evacuation flights to the United States for Afghans who worked alongside the US for the time being.

Afghans’ sense of abandonment and possibly betrayal is entirely justified.

It is every man for himself, and Afghan soldiers found another way to escape from the country under the Taliban’s control.

On August 14 and 15, about 22 military aircraft and 24 military helicopters of the Afghan Air Force entered the airspace of Uzbekistan. According to various reports, at least 500 Afghan soldiers had run away up until that point.

On August 15, three Afghan military aircraft Embraer 314 requested landing at Khanabad Airport in Uzbekistan. One Afghan aircraft and a MiG-29 of Uzbekistan Air Force collided and crashed in the Sherabad district of Surkhandarya region. According to the claims of Uzbek officials.

Another Afghan aircraft was intercepted by Uzbek air defense forces in the same region.

Two planes with military personnel from Afghanistan have recently landed in Tajikistan. The aircraft were allowed to land at the airport of the city of Bokhtar after having sent the SOS signals.

The Afghan Armed Forces have entirely given up, after the president resigned and simply fled the country, together with other top officials.

Meanwhile, the Taliban reportedly declared a general amnesty, including for all government officials and urged them to return to work, two days after taking power following a lightning sweep through the country.

The Taliban say that they will shortly have full control over Kabul and that all government workers and others should return to their daily lives.

How much LSD did your commanding officer give you?

B52 bombs is your definition of freedom?

Answer this monkey boy, how mich infrastructure has usa and friends built for the afghan people? How about almost none, the americans werengetting water from wells that were installed in soviet union times, chew on that will ya.

It is you the savage trying to impose by force your views on the people of afghanistan.

Scaathor
Reply to  Talibans are Satanic

It was 40 years of hell with “Westerns” there.

Here’s how it was without “Westerns” there: 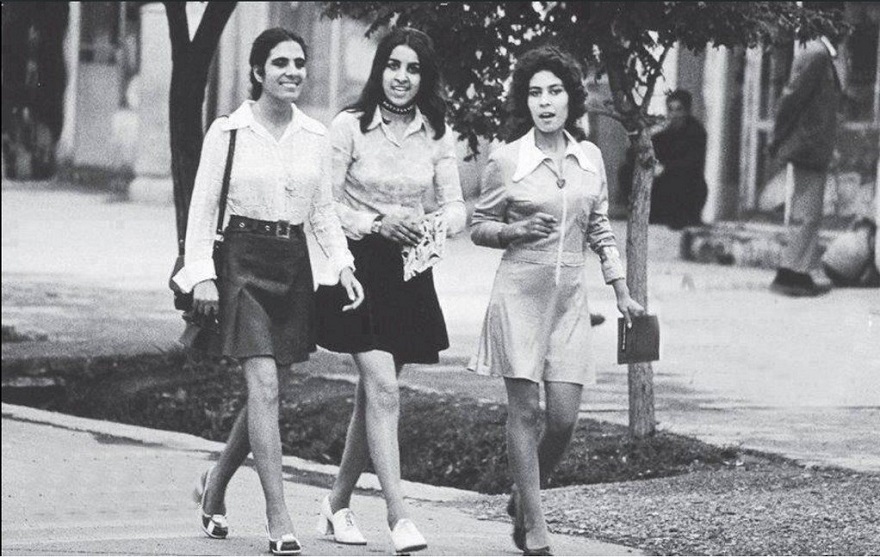 Russia and China support the Taliban, but the Taliban can make a deal with China on political, economic and military matters, and perhaps the Taliban can allow China to install military bases in Afghanistan, as Russia did in Syria, the Chinese presence in the region may favor its one belt & one road geopolitics. because in my opinion, the US will no longer intervene directly in Afghanistan on the military issue, but perhaps can intervene indirectly on the political issue with the so-called “new resistance” of the new north alliance as occurred in the 1980s, and therefore another civil war it had emerged in Afghanistan. As in Syria’s civil war, the US supported and financed the HTS rebel group from 2012-2017.

China, and Russia are NOT supporting Taliban.
After meeting’s, question’s, and agreement’s made, China, and Russia are protecting their interest’s in the region, as they observe, and continue to communicate with Taliban, as requested. If/when the two countries are satisfied with Taliban performance, then support will begin. This isn’t difficult to understand, but perhaps your prejudiced mind, and willful ignorance is too big an obstacle for you to overcome.

US & EU are Zion slaves
Reply to  Jim Allen

Jim, I also have pointed out those facts, but they are different types of people. They like to say what they wish to happen. Most of them don’t even read the reports but the title (That’s what I imagine them to be).
I was on YT and I commented about how the Taliban didn’t change much and how nor China or Russia made sold commitment to help the Taliban as of yet. As you point out. Also, that the US will be in Afghanistan one way or another.
The amount of BS some people replied to me made my day. Also, ofc no matter what you say to these types of people they never rethink what they said.

Kabulbubble and Quislings are desperate to escape?

Cry me a river.

North America, and some of South America both have a somewhat integrated masculine and feminine in their past history and current era even.
You want to tell me more about the aliens who seeded the humans in the region of the now Middle East?
What are those black cubes all about, really?
alien ai?
graphine and nanocarbon nanotech?
Once you know the full story, you may behave differently.

You have it ass backwards, fucknut.

They were helping NATO and the US.

Traitors know they have to run.

The Rats Are Fleeing The Ship.

Afghans who are “fleeing” are traitors and scum who don’t want to answer for their support of the invaders and occupiers or to be held accountable. No different to the supporters of the Vichy French in WW2.

Fuck ’em. I hope the Taliban kill every last one of these traitorous curs.