On September 30, the Azerbaijani-Armenian war entered its third day with another increase in casualties and victorious communiques from both sides.

In the morning, the Azerbaijani Defense Ministry claimed that its forces had put out of service an Armenian S-300 long-range air defense system near the village of Shushakend in the Khojaly District of the Nagorno-Karabakh Region. How the long-range system might have appeared near the contact line in the contested region remains a mystery. Unfortunately, the Azerbaijani troops and media units at the site were not able to film a video to explain the situation. Apparently, their phones and cameras must have run out of power.

Meanwhile, the Azerbaijani Defense Ministry announced that its forces had killed or injured up to 2,300 Armenian soldiers or officers, as well as eliminated up to 130 battle tanks and other equipment pieces, over 200 artillery guns and rocket launchers, 25 air defense systems, 6 HQs, 5 weapon depots, up to 50 anti-tank weapons and 55 vehicles.

The Azerbaijani side insists that its forces have victoriously repelled Armenian attacks in the Madagiza area. Clashes, artillery duels and drone strikes are being reported along the entire contact line in the contested region.

Earlier, the Azerbaijani Defense Ministry reported that its artillery strikes pounded positions of the 1st battalion of Armenia’s 5th Motorized Rifle Regiment near Gasangaya in the Tartar area and the 1st battalion of the 6th Motorized Rifle Regiment in the Talysh area. Azerbaijan claims that the Armenian military suffered heavy losses and has been facing difficulties in finding equipment to organize the evacuation of the dead and wounded.

As of September 30, the rhetoric of the Azerbaijani side shifted from declaring regular gains in the battle against Armenian forces to claiming that Armenian attacks on positions captured in the first day of the war had been successfully repelled. This, as is typical of war-time propaganda, attempts to deflect from the lack of notable gains on the ground despite the successful and active use of artillery, Turkish Bayraktar TB combat drones and Israeli Harpy loitering munitions. The Azerbaijani media has also been actively preparing the nation for a prolonged war by releasing multiple reports and explanations that Azerbaijan should be interested in a war of attrition to exhaust Armenian forces and to teach the Armenians a ‘lesson’.

The Armenian Defense Ministry is not lagging behind its Azerbaijani counterparts. On the evening of  September 29 , it claimed that since the morning of September 27, about 790 Azerbaijani servicemen had been killed and 1,900 people injured in the conflict, which had erupted in the Nagorno-Karabakh region. The Armenian military also claimed that its forces had destroyed 137 units of military equipment, including battle tanks, 72 drones, 7 helicopters and a military plane.

The Armenian side, including top officials of the Nagorno-Karabakh Republic and Armenia itself, insist that Turkey has been directly supporting Azerbaijan in this war. This support allegedly includes not only diplomatic support, but also military planning, intelligence assistance, the deployment of military advisers and special forces, weapon supplies and even direct participation of various Turkish units in the clashes. On September 29, they even reported that a Turkish F-16 fighter jet deployed in Azerbaiijan shot down an Armenian Su-25 warplane in order to provide air cover to combat drones, which were striking targets inside Armenia. Both Turkey and Azerbaijan denied this. As of now, the mysterious F-16 looks every bit as perplexing as the ghost S-300 system somehow found by Azerbaijan near the contact line in Karabakh.

At the same time, neither side seems to be interested in a resumption of the ceasefire. Instead, both Armenia and Azerbaijan declare their goal to be delivering a military defeat to their opponent. Azerbaijani President Ilham Aliyev said that there are no prospects for peace with Armenia as their position is unacceptable. “The Armenian Prime Minister publicly declares that Karabakh is Armenia, period. In this case, we cannot talk about any kind of negotiation process,” Aliyev said. Earlier he vowed to settle the Karabakh question by returning control over the contested region to Azerbaijan. In their own turn, the President of the Nagorno-Karabakh Republic,  thus speaking for Armenia, declared that the Armenians are not interested in requesting a ceasefire. Instead, he said, they will force the enemy to ask for it. 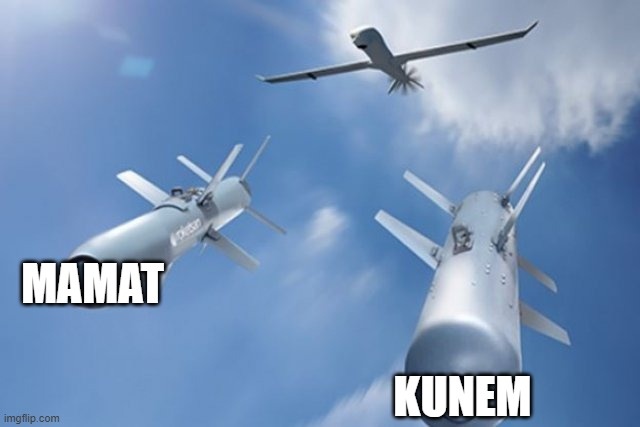 S-300PT vs. S-300PMU-2: Why Azerbaijan Has the Air Defence Advantage Over Armenia
https://militarywatchmagazine.com/article/s-300pt-vs-s-300pmu-2-why-azerbaijan-has-the-air-defence-advantage-over-armenia

We’ll see it in action, not theoretical analysis.

The Wood Duck
The Wood Duck is probably the most amazingly colorful waterfowl in the world. The Wood Duck male bird has a metallic, purple-green head and ridge. His abdomen is white and his chest is dark red. Along the neck, they have attractive, narrow white stripes. Their wings are colored in blue and black.
Female ducks are not as colorful as males. They have a gray-brown head, white belly, and a white chest. The male bird uses its colorful plumage to attract females during the breeding season.
These ducks live in swamps, wooded swamps, and streams throughout North America. With unique colors and shapes, these ducks are also one of the most easily recognizable birds in North America. Unlike other poultry, they nest in tree holes and form groups.
The Wood Duck

Thanks, and what about The Blue Jay

Probably not as much.

Can’t have a war without our boys dying for Jews. And make a profit from it.

Baghdad bob still alive??…in this case he already has a job!

You mean Colin Powell? Yes, he is still alive, but should be sentenced to death as military criminal for starting aggressive war. 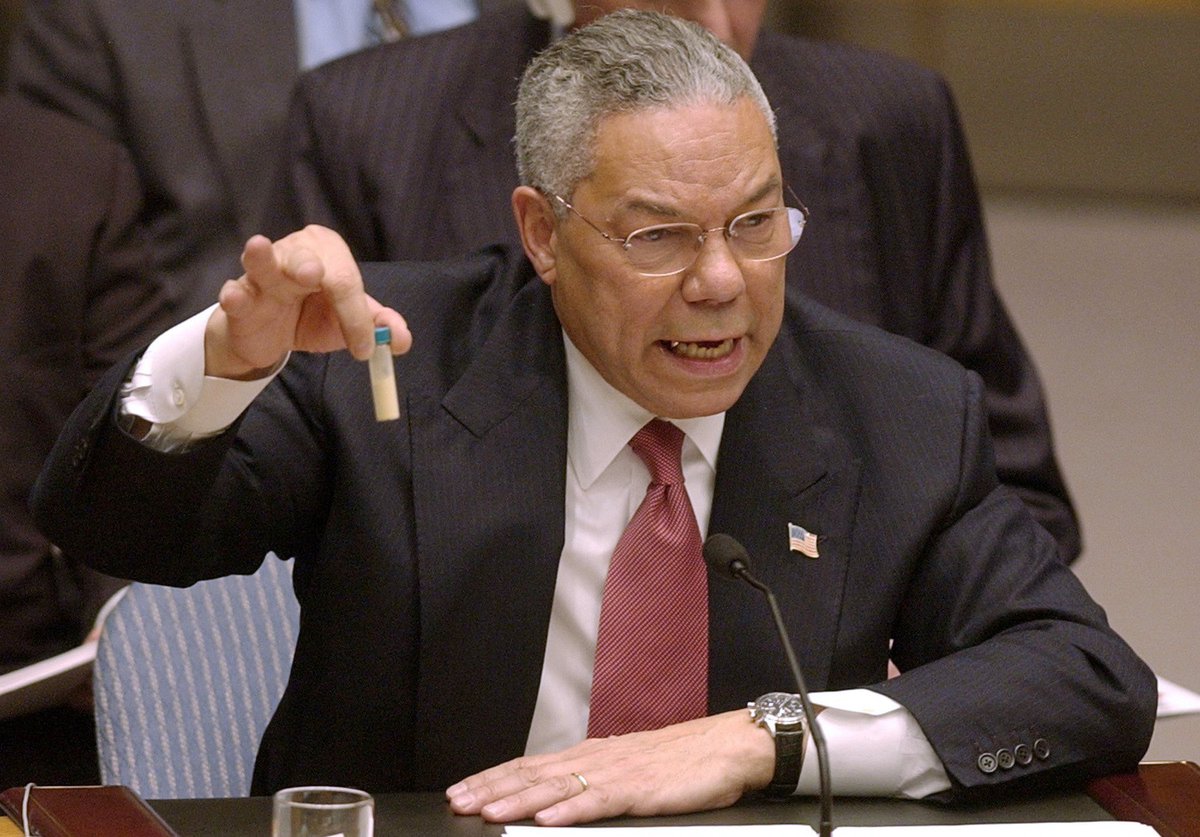 Agree…and he’s not the only one who need to pay..

and don’t forget the odious corpse madeleine albright. she most certainly need an extra hole in her head.

Whether or not these claims are true remains to be seen. But looking at the recent successes of Azerbaijan and its more truthful claims (with videos), I’m willing the bet that an S-300 has been destroyed. This’ll be a nightmare for Russia’s Defense Industry. Countries are watching with rapt attention. Unlike in Syria where Russia could claim not using the S-300, they aren’t likely to stop the Armenians using the S-300 to hide its flaws. These Russian Systems don’t seem as good as what was advertised.

JIMI JAMES
Reply to  The Objective

Thats what the zogs like to hear,time will tell seens truth always prevails over speculations.
Doubt very much russia can afford to build duddish systems,it’s not in their bloodline (period)

Americans killed five million Commie Vietnamese for their own losses of around forty thousand, sorry no cigar.

60k + more like it and the commy count was never proven factual,seens usa lost!

about 5 million by some accurate guesstimate. but in total I guess you can add another 30 to 40 million deaths at the door of the white house, starting with korea and so on. but the military industrial complex, from dupont to lockheed martin has made huge profits all along.

It lost because of liberal capitalist ideology combined with Critical Theory.

“their peasants prefer lies” As do most in every other country, including Russia. A double-edged sword of human nature found in most people. The western and eastern blocs were under jewish political, financial control. As they remain to this very day under international finance capitalism ruled over by a (((rootless international clique))).

You are not from Leningrad or Ukraine.

Speculation,the hegemony masters are proving vast how inferior their defense complex truly are todays,
along with eurasia and the change of times,their globalist days are done with,last centurys doctrines see!