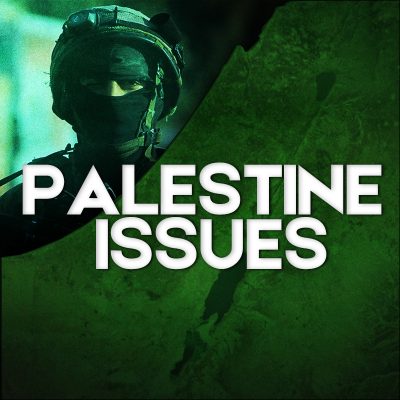 One of the most common occurrences in Iraq in 2021 is a US supply convoy being blown up by an IED.

On March 29th, three separate supply consignments were targeted. The first one took place in the Al Diwaniyah province in central Iraq.

The two other attacks were reported in the provinces of Dhi-Qar and Babil.

No casualties were reported however, only damage. No loss of human life is an important fact, due to the fact that the convoys are largely carried out by Iraqi contractors, since US forces no longer take part in logistics.  The aim of the pro-Iranian groups that target the supplies is to force the US out of Iraq.

It is unlikely that these convoys will stop being targeted anytime soon, but strikes on US positions appear to have subsided in recent weeks.

Meanwhile, in northern Syria and Greater Idlib the chaos is here to stay.

Trying to improve the situation, Russia proposed to Turkey to reopen 3 humanitarian crossings into Greater Idlib, but that failed. Ankara, similarly to how it carries out its ceasefire commitments, put no effort towards attempting to contain any of the factions that it backs.

In northern Syria clashes between the US-backed Syrian Democratic Forces and the factions backed by Turkey continue.

On March 29th, a large explosion was reported in the town of Ras al-Ain, which is under the control of Turkish-backed forces.

Nearby, clashes between the Syrian Democratic Forces (SDF) and Turkish-backed militants were reported in the Sher district of Afrin.

According to the reports by the Syrian Observation for Human Rights, on March 28th, SDF forces carried out a successful operation in the Ras al-Ain countryside, killing 5 Turkish-backed militants and wounding 3 others.

It is a back and forth struggle, especially since the SDF stopped giving oil to the Turkish-backed factions to smuggle for Ankara.

In Greater Idlib, the Russian Air Force carried out an airstrike on a militant headquarters.  The attack reportedly took place near the town of Martin in the Western Idlib countryside.

These strikes, as well as shelling from the Syrian Arab Army will continue as long as Hay’at Tahrir al-Sham and the other militant groups in Greater Idlib continue to regularly violate the ceasefire agreement.

Elsewhere in the Middle East, in Yemen, Ansar Allah (the Houthis) continue their largely successful operations against the Saudi-led coalition.

In the southern Taiz province, Ansar Allah repelled an attack of Saudi proxies. Reportedly, the Houthis destroyed 3 vehicles and the enemy lost a large number of fighters.

A missile was launched at a Saudi-led forces position in Marib, however no casualties or damage was reported.

At least two drones were used to attack the Khamis Mushait Airport.

Saudi Arabia, on its part, continues its heavy airstrike activity, but it seems to be achieving close to nothing.