Canada has federal elections scheduled mid October, and in spite of Prime Minister Harper’s attempt to use his party’s deep funding coffers to draw out the electoral campaign and drown it in conservative money, the wind seems to be at the back of the NDP’s Thomas Mulcair.   Within Canadian politics, the NDP leans socialist and advocates for the lower and middle classes, while the Liberals straddle the middle – targeting the middle class, and sections of both the business and conservative mind-sets.   Harper’s right-wing Conservative Party has been in power for 9 years, and is widely seen as ‘having subverted Canada’s image abroad’. 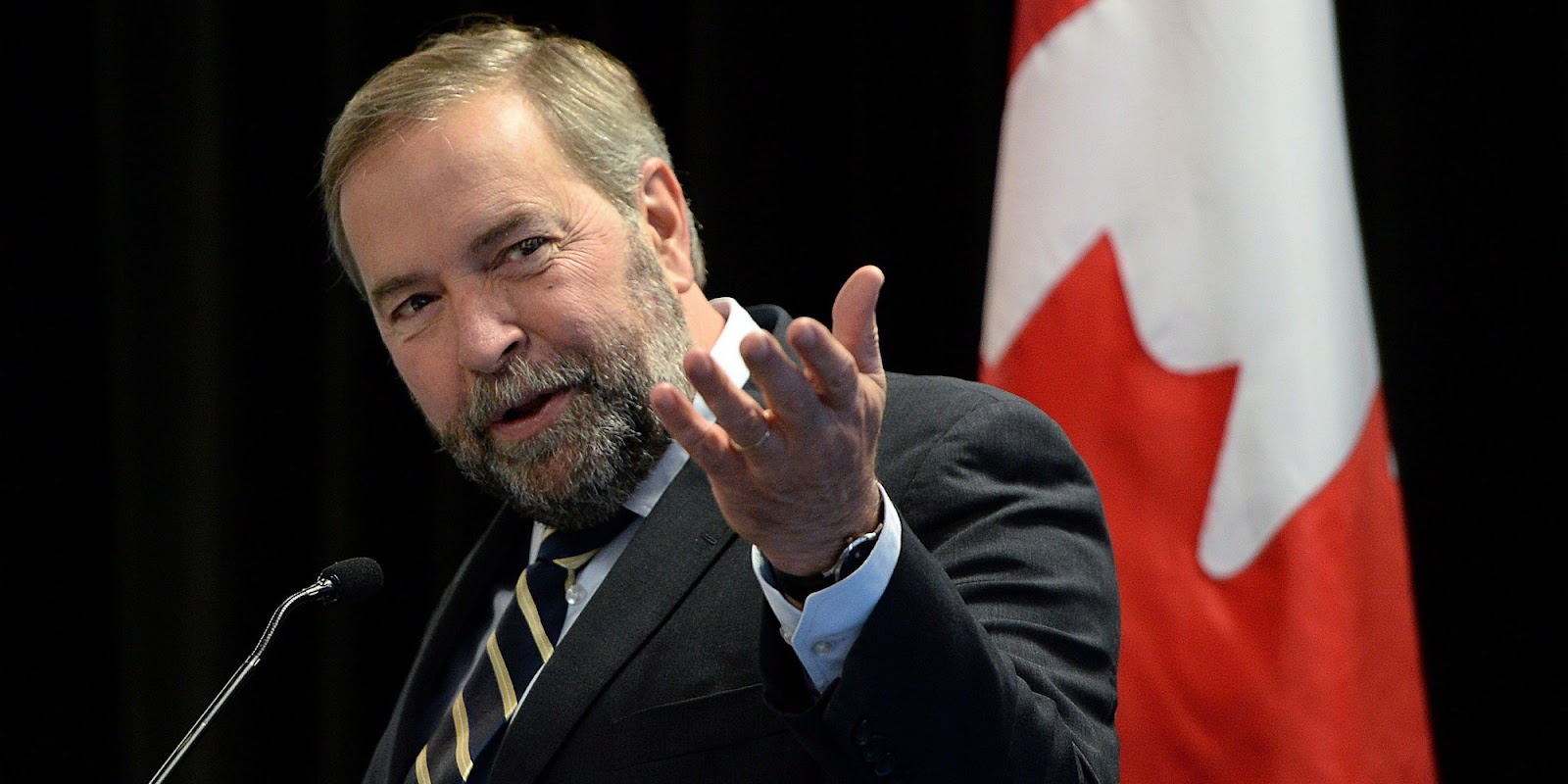 Foreign policy is usually not high on any electoral agenda, but recent topics such as Iraq, Iran and Ukraine have highlighted the Harper government’s stands and its impact on Canada’s brand abroad.   “The government’s “bellicose” and “hectoring” diplomacy and climate policy has made Canada unrecognizable both abroad and at home,” NDP Leader Thomas Mulcair told a Washington audience Wednesday morning.

“The Canada that the Conservatives are projecting onto the world stage is no longer recognizable to a lot of the countries we’ve worked with closely over the decades, and it’s no longer recognizable to ourselves,” Mulcair said following a speech at the Woodrow Wilson Center for International Scholars.   “It’s not productive. It’s a way to appease your strong right-wing base, but it’s not a way to move the world forward.”

The Ukrainian diaspora has been flexing its muscles, and was able to convince both the Conservative government as well as the Liberal party, who are pandering to the voters of sizable communities in Alberta and Ontario.   “We should be strategically voting to keep the NDP from getting into power,” said Taras Kuzio of the University of Alberta, “Because they would give Russia the benefit of the doubt.  Together with a potential Trump presidency, this would be a complete disaster for Ukraine.”

The Ukrainian Canadian diaspora has been extremely vocal, and was able to implement its Russophobic and anti-Putin mania in both government policy as well as cultural venues.  The most recent outflow, KLM’s quick bend-the-knee reaction to one passenger’s upset views at Valentina Lisitsa’s music on its playlists, is but one example of these actions.

The most recent poll, however, shows Thomas Mulcair surging to a six point lead over both Conservatives and Liberals.  Along with a strong Quebec presence and a recent surprise provincial win in Harper’s home province of Alberta, the NDP may be set to give Canada a new prime minister.     And although we would be wrong to assume, as the Canadian-Ukrainian diaspora does, that Mulcair would fully retract Canada’s stand on Ukraine, his opposition to Canadian weapons or military trainers, and overall plea for caution and diplomacy puts him on a totally different track to the current government’s appetite for international conflict and premature finger-pointing.

Josh is an experienced international business consultant who has worked with multinationals and non-profit organizations for twenty years, part of that time based in Russia and neighbouring countries.