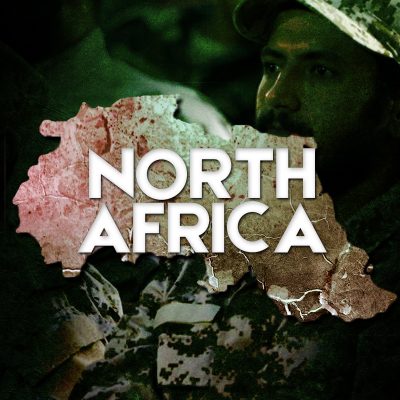 On April 25th, the election stalemate in Somalia led to rival factions beginning clashes in Mogadishu.

The fighting took place between federal government forces of President Mohamed Abdullahi Mohamed, known as Farmajo, and members of the Somali military who are aligning themselves with opposition leaders.

There is an unknown number of casualties.

The talks on normalization collapsed after Farmajo failed to hold presidential and parliamentary elections by February, as scheduled, and then in April signed a law extending his term in office by two years.

The European Union ambassador to Somalia, Nicolas Berlanga, took to Twitter for “maximum restraint” on all sides. “Violence is unacceptable,” he said. “Those responsible will be held accountable.”

Highly concerned about the ongoing events in Mogadishu. The general interest requests maximum restraint, preserve institutions that belong to all and dialogue. Violence is unacceptable. Those responsible will be held accountable.

There are videos showing some of the classes around Kilometer 4, a major Mogadishu junction.

At minutes of silence, gunfights resumes in K4 area #Mogadishu.

The opposition, by employing some heavy equipment have reportedly taken control of some areas near Mogadishu’s presidential palace.

Pro-opposition forces take control of areas near #Somalia's presidential palace in #Mogadishu and military vehicles can be seen on the main streets, including Tarabunka, Abdikasim, Sayidka, parts of Makka Al-Mukarama, and Dabka on Monday morning. pic.twitter.com/npVXTGyLMQ

“It’s unfortunate that troops taking orders from [Farmajo] have attacked my residence,” Mohamud wrote on his Twitter account.

“I have warned him [Farmajo] previously and I repeat the risk of politicizing security. The responsibility of the consequence will be taken by Farmajo.”

The Somali government has denied the claim from the former president. Internal Security Minister Hassan Hundubey Jimale told state media that government troops have been providing protection to the former government for years.

“Since he left office in 2017, he was being protected by government forces because of the national respect he is being afforded; it’s impossible whatsoever that he was attacked; it didn’t happen,” Jimale said.

Somalia is a country that is plagued by a heavy terrorist presence in large parts of it, and frequent attacks, furthermore the political chaos does little to help this, and instead makes it much worse. In the Horn of Africa the Westerners are using the old British imperialist strategy, as in the Arab and / or Muslim countries, establish terrorist organizations like Muslim Brotherhood, Al-Qaeda and Isis, and local war lords on the type of reigns Wahabi In the Gulf, which here they still have to earn the official support of the democratic and humanitarian West.

Black Hawke Down continues. Wasn’t the Warlord of the group that did that later killed by his own men in a takeover. Looks like a lot want Farmer Jo to go and tend his crops but Farma Jo has a taste for the good life..

I had said earlier that the elites there are pushing the feeble country into abyss. There is no reprieve in sight as the elite returnees including the Clown Preisdent Farmajo has no interest in ordinary Somalis but to fatten his bank accounts using British and and Norwegian money. This is just the beginning

Ethiopia is a basket case, it may disintegrate soon. There are serious divisions and conflicts with Oromia and Tigray regions discontented with federal Government.