China’s UAV [Unmanned Aerial Vehicle] development in general corresponds to global trends. Though in view of its technological lag that existed until recently, Beijing emphasized copying US and Israeli craft.

Here is a short list of Chinese UAVs produced by a number of Chinese MIC facilities which specialize in UAV development and production:

China, however, has made a qualitative leap in the last 10-15 years in establishing its own UAV scientific and technological infrastructure. The new Chinese UAV types are equal, and in some respects even superior to their US equivalents. They have a competitive price and, therefore, high export potential. This is true, for example, for the reconnaissance CH-5 (Caihong-5). The People’s Liberation Army (PLA) UAVs’ tasks and missions are likewise similar to the US ones. Their main functions are:

Today such craft are mainly used in operations against asymmetrical and, as a rule, technologically less well equipped adversaries like small states, contested grounds via indirect war by proxy, terrorist/rebel forces, etc. At the same time, given the current level of technology, it’s difficult to imagine a conflict among big players without massive UAV use.

Unlike the US, China does not have its own wealth of experience in UAV combat use, though some believe that Chinese drones used, for example, in Myanmar and Laos, are flown by Chinese operators. The PLA actively uses drones for surveillance of maritime and land borders, and for combating piracy.

UAVs play a big role in PLA’s missions in pursuit of Chinese regional and global interests. Beijing seeks to create military capabilities enabling it to act effectively both in indirect and direct clashes with a technologically advanced adversary, which first and foremost includes the United States. Therefore China’s military and political leaders have pursued the development of novel weapons types, including supersonic and hypersonic UAVs.

One of such future UAV development paths is the AVIC 601-S program. It had led to the construction of such experimental vehicles as Sky Crossbow, Wind Blade, Cloud Bow, Warrior Eagle, Sharp Sword, and Dark Sword. Chinese scientists are actively experimenting on various layout schemes (flying wing, forward-swept wings, etc.) and technological innovations in order to arrive at optimal solutions for UAVs, in order to increase their speed, maneuverability, and stealth. The Dark Sword (Anjian), whose photos appeared in the media in early June, is a qualitatively different UAV, according to expert assessments. Dark Sword’s conceptual model was initially demonstrated to the public in 2006 a the Chkhuhai airshow in the Guandong Province, and at the 47th International Air Salon at Le Bourget in 2007. Alleged Dark Sword flight photos appeared later, in 2011, but their veracity is doubtful.

The Dark Sword was being developed by the Shenyang Aeroplane Design Institution as part of the aforementioned  AVIC  601-S program. Its development and production costs are unknown.

The limited information available in open sources makes it difficult to draw accurate conclusions concerning its characteristics, which led some to claim it is capable of hypersonic speeds. Updated conclusions and assumptions have been made mainly on the basis of a Dark Sword photo which appeared in the Internet. This UAV’s design indicates Chinese engineers were aiming to achieve:

According to some estimates Dark Sword can reach Mach 1, though others claim it’s Mach 2. This is suggested by the tail control surfaces and also the Diverterless Supersonic Inlet  (DSI). Its use allows to  reduce air resistance at high speeds and radar observability. Similar technologies ae being used on the Chengdu J-20 and J-31 fighters, and on the US F-35 Lightning II.

Dark Sword ought to have high maneuverability thanks to its canard layout and twin vertical stabilizers. Its stealth is enhanced by the use of radar-absorbing materials and the above-mentioned DSI air intakes. It’s believed Dark Sword could be produced in two variants, manned and unmanned. It will most likely be armed by the most advanced Chinese missiles, such as the PL-15 and its variants.

Experts’ views on the Dark Sword development vary. According to the Military Watch Magazine, Dark Sword could enter operational use in the near future and thus become the world’s first 6th-generation fighter. It can’t be ruled out, however, this is only an experimental testbed to test a variety of next-generation technologies. Justin Bronk at RUSI notes that “we only see that which the Chinese want us to see”. Therefore we can’t assess the veracity of the photograph or reflect on the circumstances in which it was made. Thus it is unknown whether China is actually financing a project which will soon reach its completion phase, or is merely trying to induce other countries to spend money on similar costly projects with uncertain future.

It is highly probable that the Dark Sword and other AVIC 601-S program vehicles are mainly experimental. But if Dark Sword becomes an operational weapon, it will have a fundamental impact on the wars of the future.

The Chinese UAV could be used not only for reconnaissance and ground target strikes as part of the existing UAV doctrine, but also break through enemy defenses and strike deep targets. It could operate independently as a strike UAV or as part of a force package, supporting piloted aircraft.

Given its extended range, it can be used to attack land, air (including other UAVs) and naval targets, for example, carrier battlegroups. Dark Sword could be further developed for aircraft carrier operations.

Dark Sword will become a delivery vehicle for various weapons, including long-range air-to-air and air-to-air missiles, but in the future also lasers. It could also carry mobile and highly effective ECM systems to disrupt land forces, air, and naval communications systems. One has to consider the possibility Dark Sword could be used as a “suicide” UAV, but that’s not as likely considering its cost.

UAV operator training should take less time and money than pilot training, since their level of qualifications is much lower.

Other countries could respond to the Chinese challenge in several ways.

From the technical point of view, other countries will seek to create similar high-speed UAVs in conjunction with already existing systems. This approach would require considerable expenditure and time. It’s highly likely the US will continue the development of own hypersonic technologies.

Another approach is improving air defense, ECM, and, possibly, lasers, capable of “burning” its electronic payloads. Since UAVs depend on communications systems, this appears to be the optimal approach. Russia, which lags in UAV development, will seek to improve its ECM systems which have traditionally been the Russian MIC’s strong suit. The US will do the same.

From the point of view of military planning, there will occur a reconceptualization and perfecting of existing approaches. Particular emphasis will be placed on reconnaissance and intelligence efforts to locate UAV command posts and strike them using all available weapons.

China thus managed to establish an industrial foundation over the last few decades to produce own UAVs. This is a manifestation of China’s political strategy and is driven by Beijing’s desire to consolidate its position as a superpower technologically on a par with the US. As already existing models enter service and future projects are developed (for example, improved air-to-air missiles and others), China will greatly improve its standing both on a regional and global scale.

China’s ability and readiness to perform a wide range of missions in regions with high conflict potential will also increase. At the same time, China’s main competitors and potential adversaries will also grow concerned with Beijing’s ascendancy, potentially leading to an escalation of global tensions.

Well done China. Congretualtion to all chinese brothers. US and Israels both are migrants and both are child butchers and terrorists.

They are already united there is no need to attack on each other.

That was 1950s and 60s. You are the person of that era your comments here have no value. Don’t waste your time here. Prepare yourself for next journey. Lol.

china looks at russia as thief of chinese land

The only thing China and Russia will fight about, is how they divide up the USA between them.

you know nothing about china. australia will be occuped by china, too

STFU.
Wishful thinking.
You and the drvnkard Richard Nixon that tried to divide the two Asian Powers

That is the wet dream of the Anglo/Zionist. China will be eternally grateful with the industrial and technological aid that Stalin gave the nascent Chinese Revolution.

I think, china should be isolated.

The shape at least were real things if this is just another cheap bait to get USA spend even more money it don’t have. That delta shape with single straight air intake is what’s hypersonic vehicle look like.

Russia is 25 lightyears behind China.

OK, if you wish (although it’s BS what you say)… But it’s 100 light-years in front of the USA..
Now tell your Wall-Street-magg0ts to order an attack on CHINA :))

a reply from beyond the stone age.. Did’t the dinosaurs die out?

US Software has Israel Inside. …..Intel.
China cannot steal US technology,……and have that free of Israel back doors .

China must develop its own Software/AI. …free of US,……or its compromised.
Same for Russia.

Russia has been building it own CPUs for years.. and has loyalty the surpasses what can be found in the USA.

Those that serve 2 masters will still try to satisfy a third if there is enough profit (; you can’t change a ‘whore’)…

The idea that the US is a leader in technology, when the US has almost no scientists or engineers is a common belief in the USA.

Americans just can’t grasp that to lead in technology, you need engineers, not bankers.

Russia, a country with only a third of the US population, has nearly double the engineers of the USA. The USA is on par with Iran. 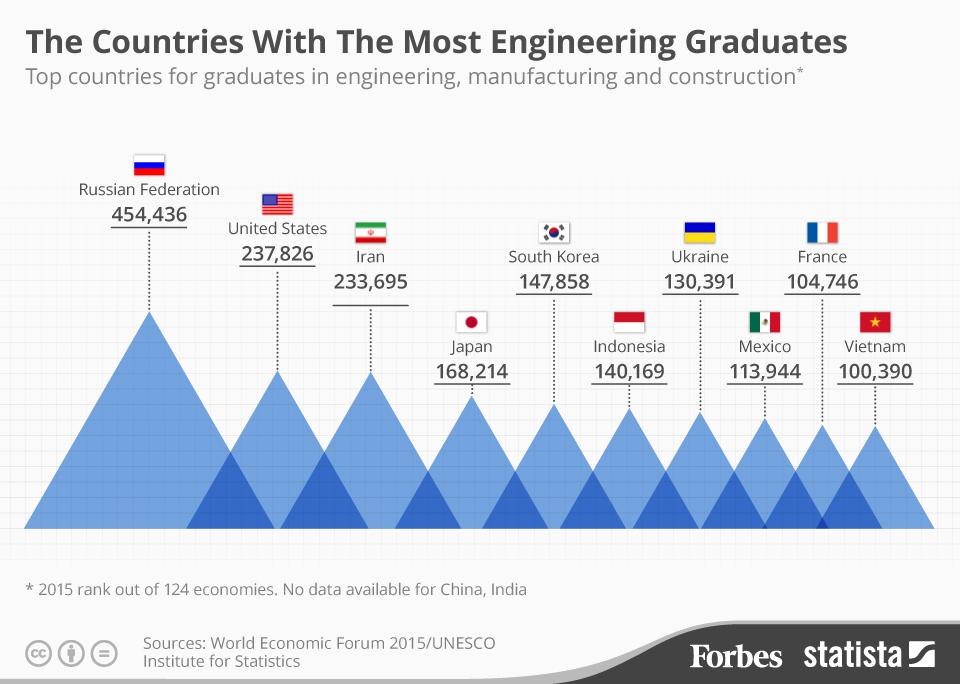 Copy cat so called UAV. Did you xerox it from US no doubt about it

In pictures:
The 1st one looks like an American “Predator” ,
http://1.bp.blogspot.com/-AOPyHt4Eu6U/T9-X6ys6ftI/AAAAAAAAFB8/psMJJew5-Cs/s1600/military+-+Predator+drone+and+Hellfire+missile.jpg

The 2nd one also like that American UAV “stolen” by the Iranians over Afghanistan. (Sure, it’s obviously upgraded and tuned) 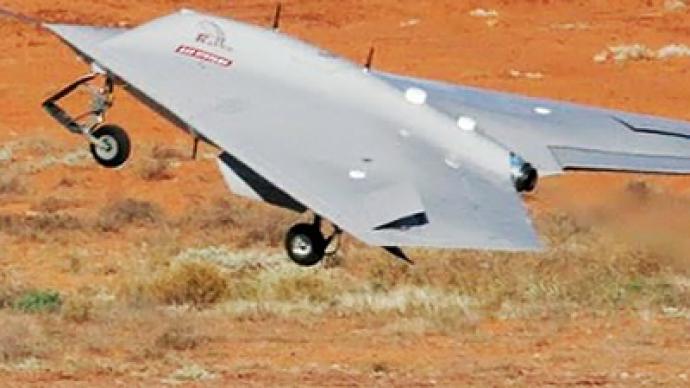 Only the 3rd one looks like a home-made production.
Well… the IRANIANS seem to have tide relations with CHINA..

Correct me if I’m wrong
——
That all looks like good News for me and a nightmare for USrael.

Nice S400 target.. The USA needs to get its MIC under control and develop SAMs that are reasonably priced and totally effective, first by having a Air Force manufacturing facility to drive the price down. (and threaten to nationalize offenders.. I don’t care if prison labor is used to do this).