Chinese J-11B fighter jets have landed on contested Woody Island in the South China Sea during the recent driils in the area, CCTV NEWS has reported.

It is not clear if the jets remained deployed on the island after the drills.

Woody Island is located in 350km from Hainan Dao Island. The length of its airstrip is reportedly 3km. In February 2016, Chinese forces deployed HQ-9 medium- to long-range air defense systems there.

The Chinese military capabilites in the South China Sea are steadily growing. According to military experts, the area may become a de-facto anti-access/area denial zone where the Chinese military will have an advantage over its regional competitors.

This video originally appeared at SouthFront in March 2016. Nonetheless, it still describes well the tensions in the South China Sea region.

China’s grand Welcome to Trump was more business like than expected .
China has bought time for North Korea to produce Super Missile & for taking island in South China Sea .
Trump is not in a position to fight NK , Russia & China at this stage .
US is likely to be pushed back of China great Wall.

I strongly oppose distributing history books at the mental asylum. How irresponsible.

That’s the difference between sending a carrier battle group into a disputed territorial area and building a permanent base there. The CVBG may carry more striking power but the base will still be there once the CVBG sails back home. In that sense it was smart thinking for the Chinese to build up these artificial islands. In the short term it will piss off a lot of its neighbors, in the long term it hammers down the message to those neighbors that there is little the US can do about it, so they might as well reach an agreement with China while the Chinese are still in a mood to offer them a good deal. Which will probably lessen the longer they wait.

You can call me Al
Reply to  Barba_Papa

But I totally agree with you.

Barba_Papa
Reply to  You can call me Al

Seems to be the official abbreviation for carrier battle group. As carriers are always abbreviated as CV in military speak.

You can call me Al
Reply to  Barba_Papa

Thanks for the info.

As below comments, the Chinese are smart, they know aircraft carriers are todays battleships of the 1940’s, vulnerable, a lovely huge target and China and Russia already have hypersonic missiles that these carrier groups will be unable to defend themselves against, never mind the fact that they are also way ahead in electronic warfare systems as demonstrated on the USS Donald Duck in the Black Sea awhile back.

These are permanent, fully unsinkable “carriers” which are highly protected as said in the article. Pentagon knows this.

Its completely against all International laws and show again the terrorist nation no.3 China acting like pirates in International water threatening our values, innocent American lives and peace.
If we do not act now, it can be too late later. 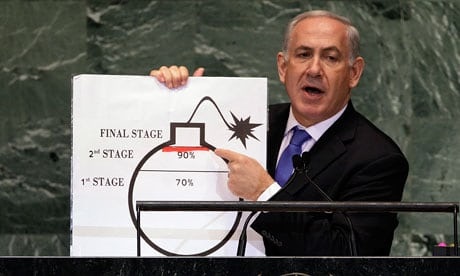 You are ignorant. They have always been chinese islands or unoccupied.

I think he’s being sarcastic.
Too bad there’s not a tag to use in instances like this.

Sorry tommy.i did nor get it!

Then it would be Israel, USA, China… I beg to differ, there are plenty western countries to put on that list before China.

When it comes to talking about wars China is last . But when threatened, even your 1st two combined cannot even smell China in SCS or on land

So what is the problem? US has no business to stir up problems. Even Philippines knows and agrees.

The Islands are needed to keep out trouble makers.