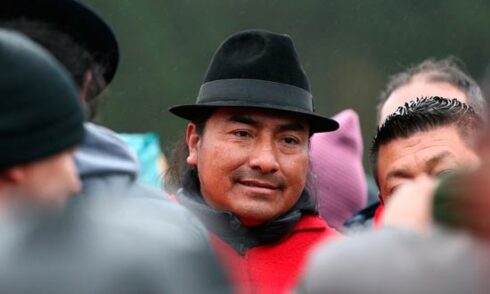 Ecuador constantly faces a variety of problems, which is quite typical for a country in Latin America. This time, the most unique and urgent issues are the energy and social ones; these problems are not something new for Ecuador but are quite commonplace. In Ecuador, oil wells have recently stopped working. There have been these precedents before. The second problem is the Indian issue, which the government has not been able to solve for decades.

The main oil company of Ecuador, PetroOriental, said that the work of eight oil wells was suspended because of the seizure by a group of representatives of the Waorani people of the Yavepare community. The incident happened on June 14. Among the affected blocks are blocks 14 and 17, which are located in the province of Orellana. The seizure of the wells occurred against the backdrop of social events. The occupation of the wells occurred as part of social protests organized by the Confederation of Indigenous Nationalities of Ecuador (Conaie). In addition, the protesters also took food and provisions, making these national minorities looters in the eyes of ordinary citizens. The technicians at the wells were unsure whether it would be safe to produce oil, and as a result, the wells and equipment were shut down. 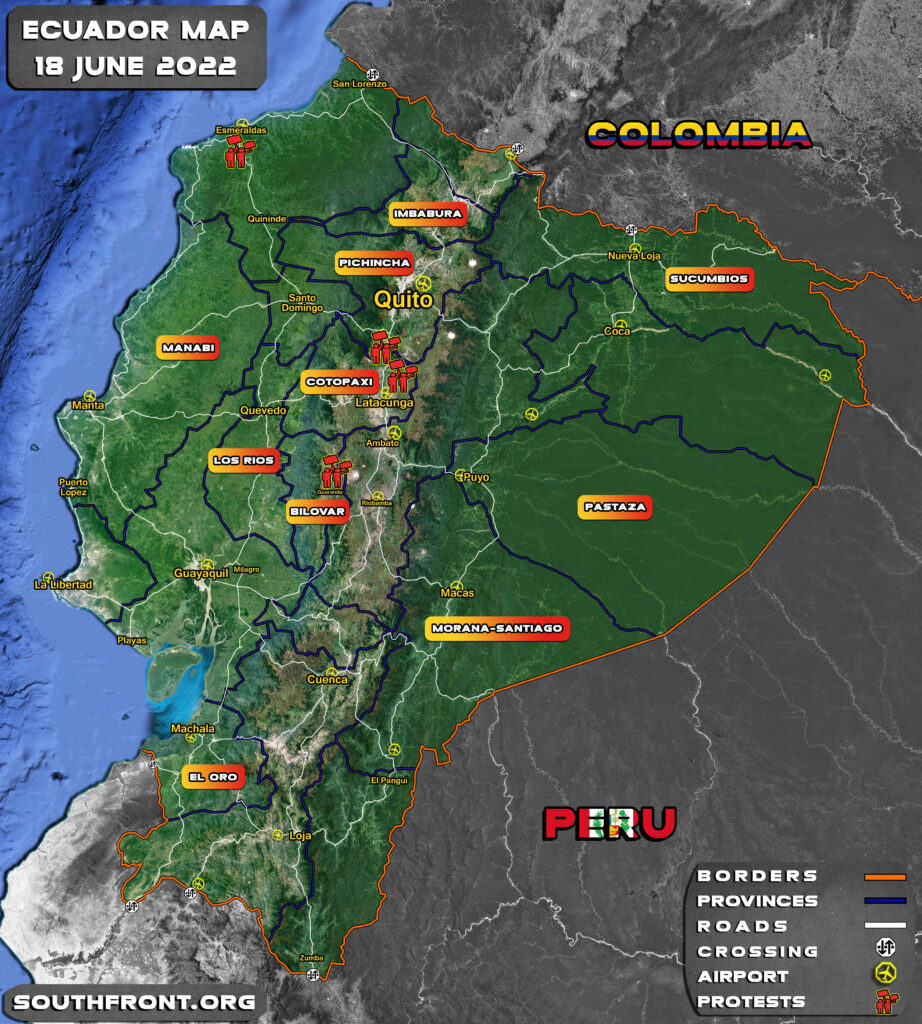 The oil supplier claims that activities in this sector, despite military support, could not resume because the access roads were blocked by trenches and trees. It is quite difficult for the police to reach such a fortified place. According to preliminary estimates, the loss from the attack on the oil rigs is estimated at 1,400 barrels per day. If this is converted into dollars, the loss would be more than $1 million a day, a big loss for Ecuador.

On June 13, another oil company, Repsol Petrolia Ecuador, reported that there was a violent seizure of the pumping station of Unit 16 in the province of Orellana; local engineers also had to stop the pump because of tensions in the region. The Ecuadorian government commented on the matter, with the defense minister and the interior minister saying at a press conference that police would soon fix the malfunction. However, social unrest in the country still began in late May, when the president of the Confederation of Indigenous Nationalities called a meeting to give the indigenous peoples back their right to own the country.

In a neighboring region of the country, Indians from Cotopaxi Province began arriving in the capital Quito on the southern roads of Pichincha Province as early as June 14. The same evening, demonstrators drove trucks along Maldonado and Lucia Alban avenues in the Guamani sector. In the Guajalo sector, in the south of Quito, the presence of demonstrators was also recorded. Even shopping malls began to evacuate visitors and close their doors in the face of these movements, and public transportation stopped working.

Social protests intensified a day later, after the leader of the Conaie movement, Leonidas Isa, was detained early in the morning in the province of Cotopaxi, which only made the protesters angrier. Police reported that he had been detained on charges of sedition, and he was known to be in custody at Latacunga Airport. This came after Indians attempted to enter the Cotopaxi prison, where Isa had been transferred earlier to free him.

The municipality of Quito reports that several roads and neighborhoods were blocked.

The Ecuadorian case is a closed chain of conflict or a conflict that reproduces itself: different social groups seek justice, which results in mass disturbances that are not without victims.

Rallies against Missile Strike in Syria Held in US (Photos, Videos)

If you have OIL, the Jewcunts and their dumbass Americunt loser slaves will be happy to bring “democracy” at the point of bombs and missiles…SLAVA ROSSIYA!

Work AT Home
Reply to  Pedo Andy from Fcukingham Palace

Get $194 per h from Google!… Indeed this can be best since I basically got my underlying finance check of $24412 and this was simply of one week…I am aslo purchased Range Rover Velar right after this payment… it is really best job I have even had and you will not for give yourself if you not check it…… 𝐜𝐚𝐬𝐡𝐬𝐢𝐭𝐞.𝐭𝐤/

Last edited 5 months ago by Work AT Home
0
Reply

I smell CIA operation on this one.
The US deep state psychopaths are desperate for oil….
They likely instigated this, hoping that Equador will let them “help” with “solving” this issue.

Of course, this “help” will not be free…
I highly reccommand a book by John Perkins, called “Confessions of The Economic Hitman”, as all of the US terrorist practices in Latin America (this also applies to the rest of the world) are described in detail inside that book.

All over the World the indigenous populations are screwing themselves into power. that’s all groovy but the sad fact is that as a group they have very low IQ and will not be able to run a modern country. Here in Canada, same thing, all cashing in and getting new homes and cars from the government and the only new business around is the local crack house which is really “The Bank”.

It’s not the first protests in Ecuador since Rafael Correa (socialist) left the office. The US did many attempt to remove his government and install loyal puppet. By the way, Assange got the shelter in Ecuador’s embassy in London, Correa gave him this possibility. New more liberal government rejected this offer and threw Assange off the embassy to have new IMF loan.

I can not get rid of the feeling that Confederation of Indigenous Nationalities of Ecuador (Conaie) have their representatives elected by Schwab WEF. What is 4th industrial revolution without shutting flow of oil when it becomes scarce. Indigenous people (as all proletariat and barebums) stand as a tool of extra rich.Always was, always is and always will be.

May God give the indians victory!!!🙏

Ecuador 🇪🇨 like Venezuela 🇻🇪 are currently Latin America’s petroleum industries that have serious political, economic and social consequences until recently, still persistent following the controversial war in Ukraine 🇺🇦 The US 🇺🇸 and EU 🇪🇺 were responsible of the global economy and keep in mind, Ecuador’s controversial president or western proxy Guillermo Lasso or Lacko has no respect for the Ecuadorian people who the majority don’t have a sufficient educational background, including native Americans I’m part of not only were persecuted but exploited by western corporations bleeding environmental bases either legal or illegal by corrupt governments. In truth, I’m with the Ecuadorian people as families not for the state but for Latin America to unite against a common enemy we distrust for more than 200 years, because Peru (Piruw) 🇵🇪🏳️‍🌈 is in the same situation from a peasant rat 🐀 whose conducting Zelenskyy tactics to start a war we’re tired of 😡