Ecumenical Patriarch Bartholomew, whose actions in interests of the neo-liberal globalist world order caused a split within the Orthodox community and led to the decline of the Ecumenical Patriarchate of Constantinople, has been blaming some ‘northern forces’ for his own failures.

Before the Ecumenical Patriarch Bartholomew and High Priests of the Throne the elected Metropolitan Dimitrios of Metres and Athyra was presented with the announcement of his election (Mikro Minima) on Monday, September 21, 2020.

“It is natural for us to be especially delighted as we officially announce to you the evangelistic message of your worthy election as Metropolitan of the Ecumenical Throne, in reward of your many years of service, especially in the great country of Germany, among the expatriate children of the Mother Church, under the distinguished shepherd, Brother Augustine.”

“With this noble and pious gesture of yours, holy brother, you have taught us all a “mimicry and a good lesson”, a lesson of gratitude, as we all owe everything to our Ecumenical Patriarchate, this loving Mother who gives birth and nurtures her children in the education and discipline of The Lord, she makes them shepherds and teachers of the people of God, she promotes them, she glorifies them and she boasts about them in Lord, sometimes she endures their ungratefulness either as individuals or as ecclesiastical beings and units, as is the case with her children from the North.”

Remarks by Patriarch Bartholomew demonstrate that he did not draw conclusions from the developments of the previous years and is set to continue exploting the Ecumenical Patriarchate of Constantinople and organizations (including pseudo-churches created in Eastern Europe) affiliated with it as a tool of the globalist elites. 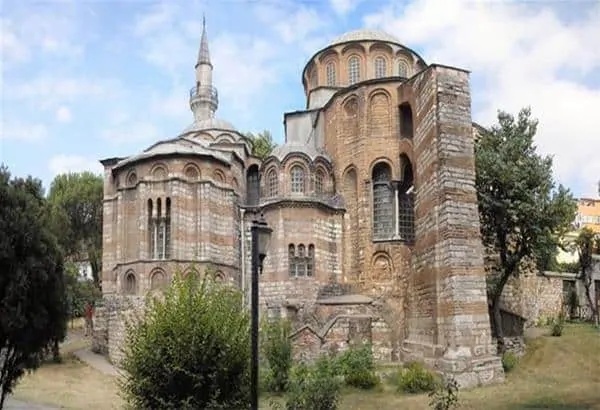 This fake piece of sht has no future as its sponsors whom on the sly try in vain to promote lgbtq+incest: