Ahead of the first doses of the BioNTech-Pfizer COVID-19 vaccine to be administered in Germany this weekend, a creative pilot with a wild imagination and the knack for entering coordinates in his GPS logged flight hours by drawing a ‘sky syringe.’

“At the moment, I have to collect a lot of flying hours, and instead of just flying like that, I wanted to draw a reminder in the air that you should get vaccinated,” Kramer said.

He flew a Diamond DA20 Katana, a light aircraft with seating for two and a top speed of 159 mph, and said the real challenge came when flying as his movements had to be precise.

“A pilot in Germany used a Diamond DA20 Katana aircraft to send this message to the world,” the flight tracking website tweeted. 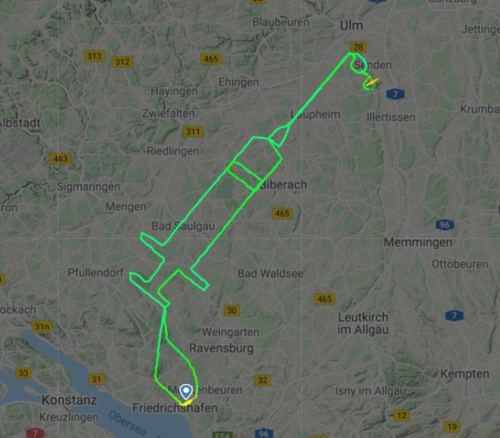 Flightradar24 captured other pilots expressing their creative side by entering coordinates in their GPS to construct virus-related sky drawings.

This sky drawing, conducted by another pilot reads, “stay home.” 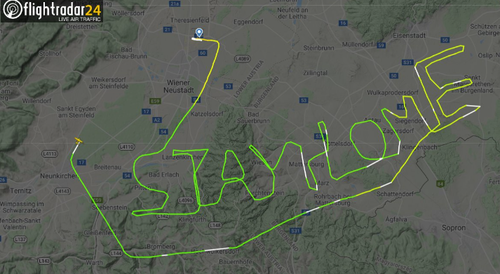 The second is a hospital cross that is connected with a thumbs up. 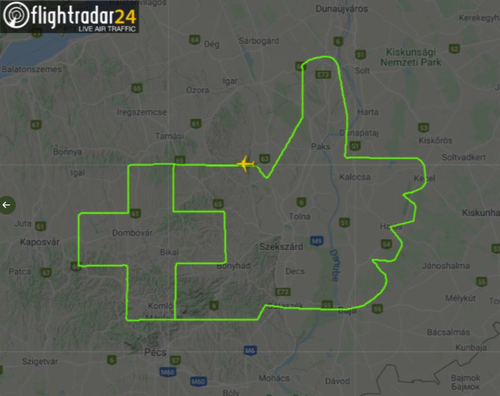 The third is the abbreviation “NHS,” which stands for the United Kingdom National Health Service. 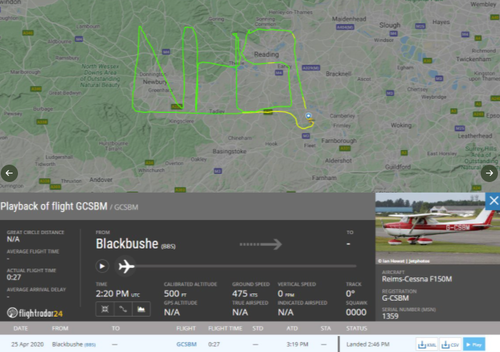 Not too long ago, Russian pilots chose a ballsy flight path to show their support for Russian footballer team captain Artem Dzyuba, by drawing a giant ‘sky penis’.

Sky penises have also been a big hit with US military pilots (see: here & here).

There have been no reports by Flightradar24 of anti-vaxxer pilots drawing anti-government sky images as of yet.