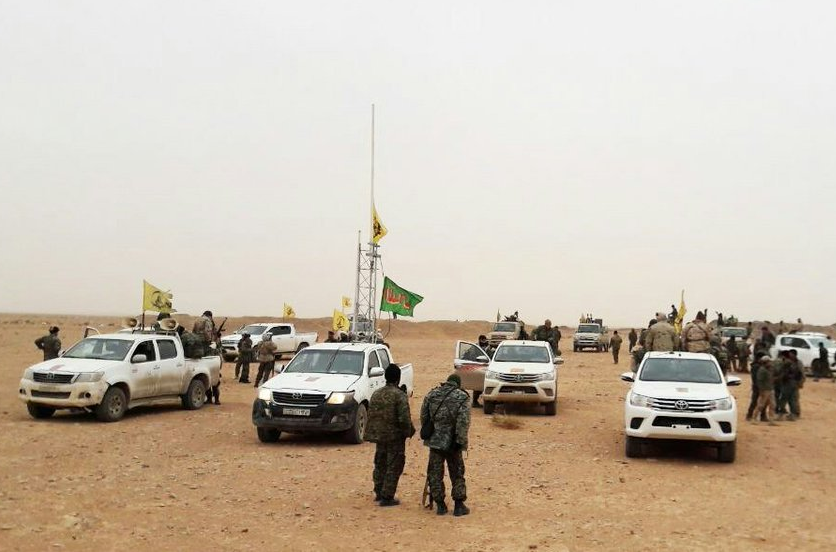 Lebanon’s Hezbollah and the Iranian Islamic Revolutionary Guard Corps (IRGC) moved large quantities of weapons, including missiles, from positions in the southwestern countryside of Homs to the city of Palmyra in the governorate’s eastern countryside over the past two days, the Syrian Observatory for Human Rights (SOHR) reported on September 29.

The London-based monitoring group said that the weapons were stored in fortified positions near Palmyra. They were allegedly moved out of fear of a new Israeli attack on Syria.

Both Hezbollah and the IRGC are both present around Palmyra to support Syrian government forces against ISIS cells in the central region. However, they are not known to have any large bases or ammunition depots near the city. Because of this, the claims made by the SOHR are questionable to say the least.

Israel stepped up its attacks on Syria in the last few months under the pretext of disturbing Iranian weapons shipments meant to Hezbollah in Lebanon.

Most of the recent attacks targeted the international airports in Aleppo and Damascus. Earlier this year, Tel Aviv alleged that the IRGC was smuggling advanced strategic weapon to Syrian airports aboard Iranian civilian flights.

In an interview with Russia’s RT that was aired last week, Syria’s Foreign Minister Faisal Mekdad said that Israel will be made to pay for its recent attacks on Syria, without elaborating.

The SOHR report, which is not backed by any evidence, may be just a propaganda piece meant to provide a pretext for more Israeli attacks on Syria. Hebrew and Arabic media are filled with similar unbacked reports, which are usually released ahead of attacks on Syrian military and civilian infrastructure.

“The Syrian Observatory for Human Rights (SOHR) reported on September 29.” – They get info from “people” and that is their “evidence”. As you guys said “may be just a propaganda piece meant to provide a pretext for more Israeli attacks on Syria.” Good job that is the main reason.

Still to this day the Mossad shit pigs haven’t even tried to fake weapon shipment to Syria airport or anything. Because it is all BS, Iran flights to Lebanon are a thing don’t tell stupid fuks Zionists. But again they are fooling Western morons that don’t use their brains for once and only think about how to fuk themselves more.