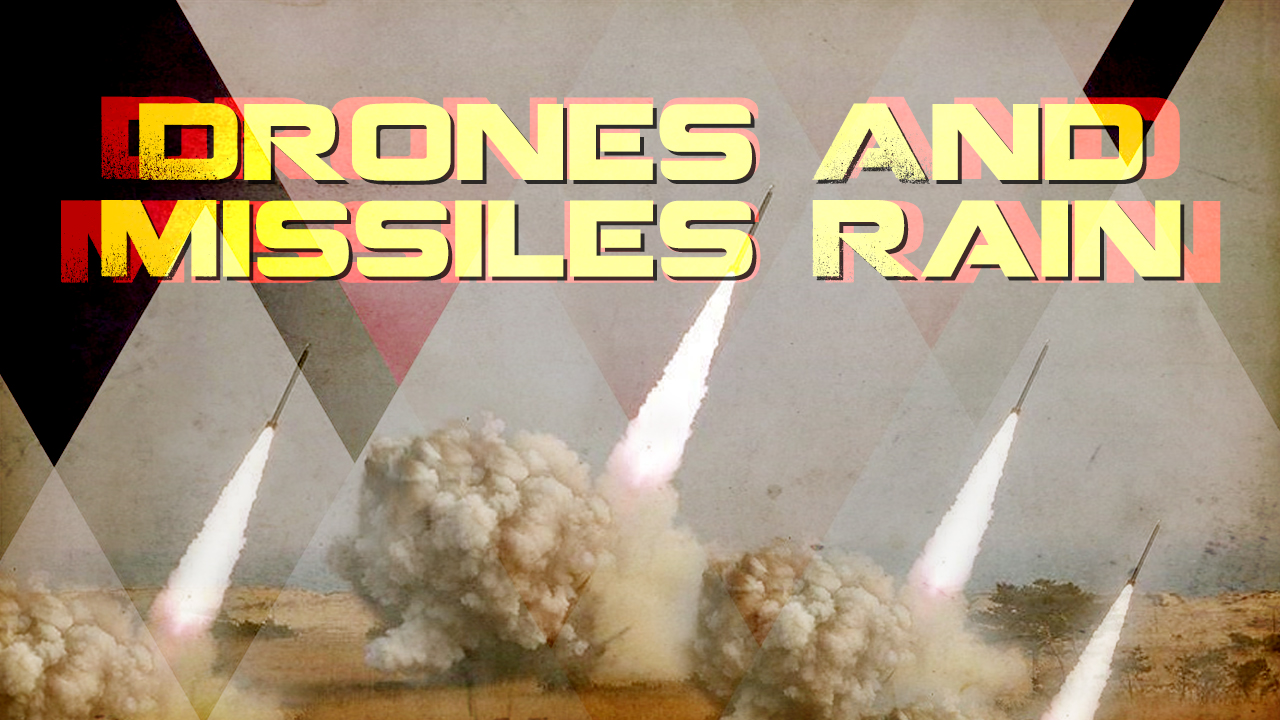 The strikes, which were carried out by the Islamic Revolutionary Guard Corps (IRGC), targeted positions of Kurdish-Iranian opposition groups, including the Kurdistan Freedom Party, the Kurdistan Democratic Party of Iran, the Free Life Party of Kurdistan and the Komala Party of Iranian Kurdistan. The strikes were a part of a military operation that was launched by the guards’ Ground Forces on September 24.

The footage released by Fars News Agency documents the firing of dozens of Fath 360 precision-guided missiles at 42 positions of Kurdish-Iranian insurgents in different parts of Kurdistan. The missiles were fired from mobile multiple launchers.

The Fath 360 missile has a maximum range of 120 kilometers. The missile, which is guided by a satellite-aided Inertial navigation system, carries a 150 kg warhead and has a top speed of Mach 4. Each Fath 360 launcher can carry up to six missiles preloaded in sealed containers.

The Shahed-136 has a range of 2,500 kilometers and can carry a 50 kg warhead. The drone is also guided by a satellite-aided Inertial navigation system. Several Videos showing Shahed-136 drones impacting their targets in Kurdistan surfaced online after the strikes.

According to the Health Ministry in the Kurdistan Region, at least 13 people were killed and 58 others were wounded as a result of the Iranian strikes.

The strikes condemned by the Kurdistan Region Government as well as the Iraqi Foreign Ministry. However, the IRGC said that its operation against Kurdish-Iranian insurgents will continue. The operation appears to be a response to Kurdish-led protests in Iran, which the government says they are backed by foreign powers.

I’m glad Iran is doing something to save the state from these parasites.

Ali Khamenei is no Gorbachev!

So Iranian Islamists are killing Christian Kurds with drones. And they call it a holy war.

Nice try… but if you want to make a group/country seem bad you need to know what you are talking about.

No one besides you calling this “a holy war”. As I understand you are leaking a lot of information pls do read both of these countries’ histories if you want to talk shit about them. Kurds under US orders have attacked Iranian and host terrorist groups and anti-Iran groups such as MeK, and Mossad.

No country in the world would allow that.

Iran should have used its F-4’s and Su-24’s to bomb these militant villages instead of using these small warhead missiles and drones. Just seems like a waste of money. An F-4 or Su-24 can carry 10 tons of high explosive and deliver them with precision. It would have been much cheaper.

Not really. Precision air strikes by F-4 and Su-24 are debatable but more importantly- very likely US air force would intercept them. USAF can’t do shit against missiles and even drones (they claim they destroyed one)

Plenty of Iranian air launched precision bombs like Zubin and even the AGM-65’s. If the US tries to intercept then there are plenty of F-14AM’s to counter the small USAF F-15 numbers deployed at Al-Tanf or Amman far away. Bavar 373/ S-300PMU S/T capabilities will cover these close to the border areas too. A single F-4E loaded with a dozen Mk-82’s even would level an entire village, on the cheap!

If the USA lost an F-15, it would be the first combat loss of that aircraft.

Just imagine if the first F-15 loss was because of Iran, and using a 50yo aircraft!

The IRIAF has a good 300 warplanes which could be used on short hop strikes just across the borders to great effect. No problem.