According to the statement, submarines and long-range bombers held drills to live-fire missiles from the Barents and Okhotsk Seas.

“Ballistic missiles were live-fired from submarines, along with the launches of airborne cruise and aircraft missiles from the Barents and Okhotsk Seas, including by long-range aircraft, which took off from the Engels, Ukrainka and Shaikovka airfields,” the defense ministry said.

Russia’s missile early warning system detected all the launches of ballistic missiles from submarines in drills and the data on the launches was transmitted to command posts, the statement added.

Russia is trying to copy our way of showing force, so everybody can see they are equal partners………………………LOL.

You will never be equal to America. If we dream it we do it………….LOL. Thats the difference………….LOL.

That’s the problem Tommy, the US military wet dreams are just that and when the military wakes from the sticky nightmare it plays Call of Duty style games where F35’s criss cross the skies, Zumwalts rule the waves and marines beat their chests. :)

US has a bugle call for charge and another for retreat; I believe the US is the only nation that has a retreat call.

Yes they learn it while fighting the natives of america and facing warriors, rather than the usual women and children in a village.

That’s from the days when the Indian tomahawks got a bit too close to the US Cavalry riflemen :)

“You will never be equal to America”

Indeed. Hubris, political correctness, brainwashing, social-engineering, never ending wars, debts, three letter agencies spying on everybody and everywhere, corrupted Deep State and Military industrial complex sucking all the money and liberties from citizens.
US Constitution is good only as toilet paper now.
I think Russia will never be equal to that.
And if you vote for a president, you can make choice between an Idiot (Trump) or Wicked Bloodthirsty Zombie (Clinton). All the world is laughing at America, remember the last Trump’s speech in UN :D

You don’t speak for Americans who disagree with your bellicose irrational nationalism, aka fascism. The IAF and NATO have been backed out of and off of Syrian airspace and land. Which makes them less than equal.

It’s not nationalism, it’s imperialism. Nationalism is generally anti-imperialist. imperialism is a type of globalism.

Also you’re likely just talking to a Zionist scum, not really an “American” if you get my drift.

there is not such a thing as americans.

This guy is an American 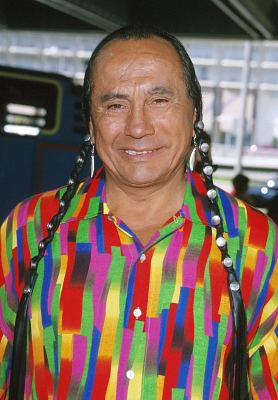 and this guy is australian. 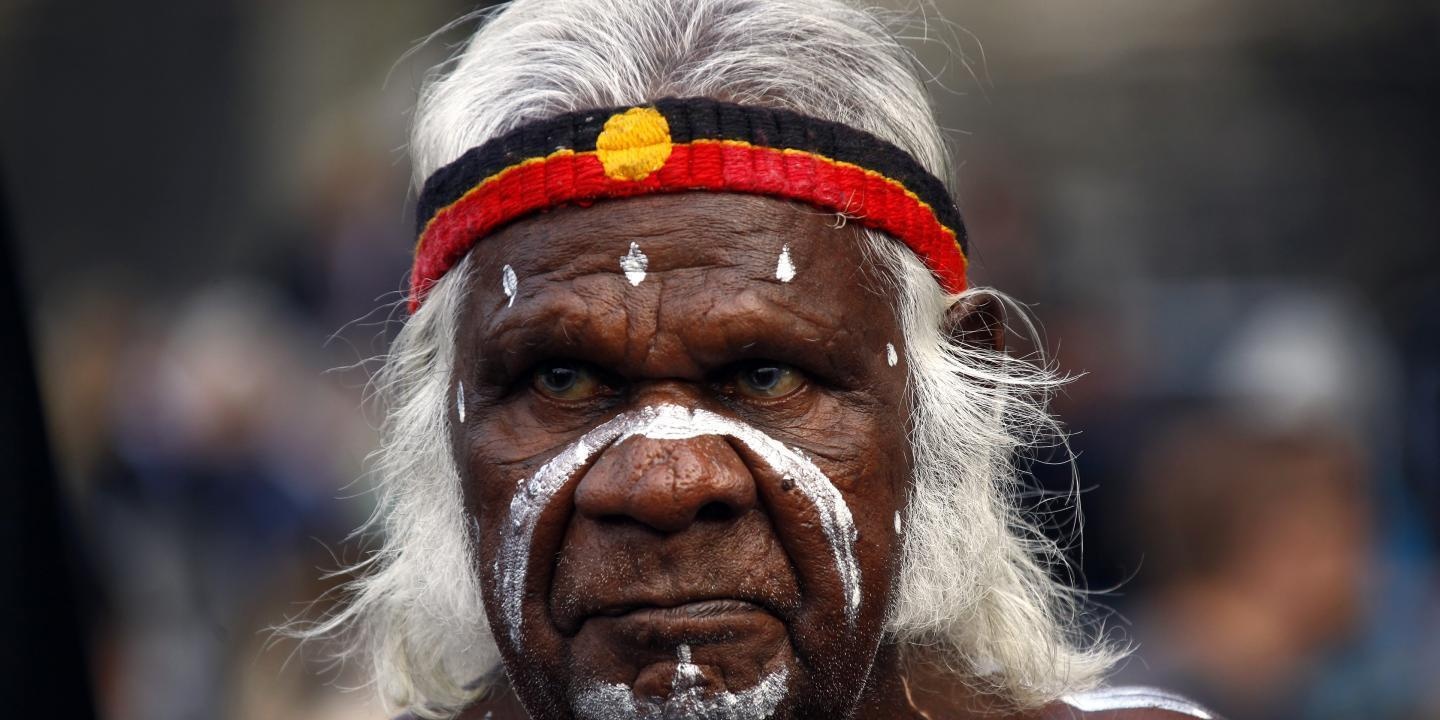 yes, you are member of bunjalung nation?

Did you ever hear a native american to call himself or her self an american? The only ones who have no country and call them selves americans since none bother to explain them that america is a continent with many nations in it is the settlers not unlike israeli settlers.

So using your strange logic, you are not European, and there is no such thing as a European. So who are your masters in Brussels?

been an idiot comes natural to you kid. I understand your associating your self with the `americans` after all you are an… `austarlian` right?. Sorry to have touched a nerve and give you a wake up call. Truth sometimes can be very hurtful to the feeble minded.

“The older I grow, the more I distrust the familiar doctrine that age brings wisdom.”(HL Mencken)

age does not bring wisdom kid education and correct information does as well knowing to correct the mistakes you make something you have yet to master. It come to you eventually.

I used to think that it was recent, but if you look at American history, it has always used violence to deal with problems. The US civil is a perfect example, all the southern states wanted was the taxes they paid, to be spent in the south.

Thanks God that we’re not the same as America :)

yup, much, much less

I second that Tudor :)

Exactly, you are psycho killers.
Russia should not risk its life trying to talk sense to crazies, it should destroy the US totally, and without hesitation, if the opportunity presents itself.

Stop confusing the actions of the US government with that of its citizenry with your misdirected hatred for another people, the vast majority of whom are anti-war and very dissatisfied with their governments. Cultural-Marxism messed up a lot of things, other the other hand it had lead to SOME positive change. I strongly suspect that citizens of post-Soviet countries that want to see the US destroyed has partly to do with the situation these countries found themselves in throughout the 1990s and wanting revenge for the humiliation they endured. It isn’t the US that is the problem, it is the plutocratic elite and its crooked puppet government that are at fault; and not just in the US, but also the rest of the supranational deep state throughout the JWO.

Both east and west have their own propaganda where they are right about quite a number of things and wrong about quite a number of other things. Although Russian media is certainly more reliable when it comes to corruption in the west and the wars they wage, the Russian government will now fine social media outlets for not removing whatever it decides is “false information”, regardless of whether it really is true or false.

Both sides of the non-existent “iron curtain” are subservient to a single ethno-religion and people; for instance, the US and NATO on the other hand get involved in wars for Israel to annex territory to create Greater Israel, while the only benefactors are a small % of the population of each country, as well as the ambitions of Zionists to expand Israel’s territory. Right after AIPAC and the now defunct PNAC (its membership was predominately made up of public figures with American-Israeli dual citizenship, and only a jew is eligible for Israeli citizenship) invaded Iraq a second time and this time overthrew Saddam Hussein, Israel started importing at least three quarters of its oil from Iraq.

The Zionist Plan for the Middle East (The Oded Yinon Plan, 1982): Translated and edited by Israel Shahak:

[Mel Gibson was at a bar and someone told him about the 1982 Oded Yinon
plan where Israel planned all of today’s wars. He furiously drove home
drunk and mentioned what he heard to the police then was labelled an
antisemite and demonized in the media]

All you say is true, I know most Americans don’t want war, but did that save the millions of Iraqis that the US killed?
What you ask, is for the Russian people to give up their lives, because Americans cannot control their Government.
Why should Russians suffer because of American apathy?

Thank you for replying.

It is true that the US and NATO could one day end up at war with each other, and Russia and China should and will defend themselves if attacked. At this moment in time, I do not think NATO and the countries of the Asian Pacific have the necessary military capacity to win a conventional conflict against China and the CSTO combined, I personally think such a conflict would end in a stalemate with some of the post-Soviet countries that are within the US/NATO sphere of influence switching back into Russian orbit.

Even though they could win in theory when looking at the combined numerical industrial and industrial capacity, all of the weapons and vehicles, etc they have are losing their technological edge. Russia is also in the middle of developing its own Wunderwaffe so to speak, from the Armata universal platform to other conventional armoured vehicles, armaments, aircraft, etc.

Russia is also in the middle of making a new generation of nuclear delivery systems that are revolutionary in design and have been stated to be used for both conventional and nuclear purposes.

I forgot to mention Russia’s new developments in air defense technology, such as the upcoming S-500 and the A-235 ‘Nudol’ anti-ballistic missile system.

yes holywood is a good dream place. You have dreamed many things LGBT rainbow parades pedophilia yes you sure dream a lot and you done them too. Beside turning in a very short time a beautiful place as north america was into sewers.

The age of empire, subjugation and domination by one power is over. Humanity will be free from the EVIL US Empire.

And who’d like to be someone without future? If You’re an american, poor You for being in over 50 000 000 $ dept. Nightmare have tendency to become reality for ignorant one.

without blast nothing happened!

Silly boy! Why would there be war-heads on the missiles? Silly boy!!!

Of course there would be no nuclear device. May be you know what is used. I guess that the dummy may be contains some tracking device so as to find out where it lands relative to the target . After all you would certainly want to test the characteristics of the warhead.

paul answered, what i meant.

for me is more interesting to see how hit the target. this never show russians in their childish videos.

seriously, replying to you is like shooting on the red cross, or beating a blind kid.

@Tommy Jensen: Lol, “if we dream it we do it” buahahaha LOOOL… Let me guess, are you an apache helicopter multi-genre? Haha, it’s also really funny because most of the U.S made weapons are stolen designs from russia, what a loser, you have a big mouth, that’s it.

No, they are not stolen and it goes both ways all over. Industrial spionage also is not limited to warfare.

The result for the bottomline says You are wrong.

Exceptionalism on a swing Jensen? “You are wrong” but me-me on the other hand…. I wonder if You can decrypt it…

Yes,I can. My sister was believing communist for many years. Acccording to her the russians invented everything.

But even the first well working assault riffle was made so by taken 2 important parts from abroad – and became a world famous succes.

And its not me-me. Its well written things and descriptions compared to oppinions made as propaganda having only manipulative purpose or from an illiterate low knowledge, which by me-me have a chance to be raised.

” The result for the bottomline says You are wrong. ”

You really try not talking from your arse Jens :)

Either stolen, bribed, by defection or amnesty like they gave the Nazis. If it wasn’t for the American Indians the US invaders would still be trying to invent the bow and arrow.

They are ‘potentially’ the smartest Bows and Arrows the world has seen.
They cost billions of dollars to develop and development is still ongoing :)

sounding as an idiot is due to training or you born that way?

Russia needs to be prepared, many in the American establishment would start a nuclear war, rather than allow the American empire to fall.
The old American saying “better dead than red” is a perfect example of the American mindset.

This little guy on the first image is in fact nuclear powered cruise missile Burevestnik, which was recently downplayed by West presstitutes as “non-working” and “lost during the test” .
In fact, this incredible weapon can fly all around the world in low altitude, non detected from any radar. This technology is approximately 50 years ahead of any Western cruise missile, making USTomahawks look like some funny ancient museum object from the previous century . China just yesterday launched hypersonic missiles and let them fly over highly populated areas including Beijing, thousands of witnesses videos are all over internet.

US like to school others and give them “messages”.
Now they received the answer.

your posts are brief of late.
are you typing inside a straightjacket?

Red blue Blue green The colors that the Human Eye Does not see.
Russian Weapons.