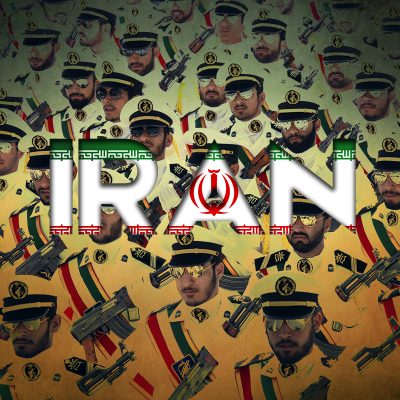 Iran has declared war on Kurdish-Iranian insurgents in northern Iraq, with the Islamic Revolutionary Guard Corps (IRGC) launching a series of unprecedented strikes on their positions in the Kurdistan Region.

On September 24, the IRGC Ground Forces announced that it had launched an operation against the headquarters of “terrorist groups” in Kurdistan.

On the same day, intense artillery and rocket strikes hit positions of Kurdish-Iranian opposition groups in the region, mainly in Berbezin and other areas along the border with Iran. The strikes continued on September 25, 26 and 27. However, no casualties were reported.

On September 28, the IRGC carried out an unprecedented wave of missile and drone strikes on the positions of Kurdish-Iranian opposition groups in different parts of Kurdistan.

According to the Health Ministry in the Kurdistan Region, at least 13 people were killed and 58 others were wounded as a result of the Iranian strikes.

The IRGC carried out the strikes with Fath 360 precision-guided, ground-to-ground missiles and Shahed-136 suicide drones.

The last wave of Iranian strikes was condemned by the Kurdistan Region Government as well as the Iraqi Foreign Ministry, who said that it will summon the Iranian ambassador to protest against the IRGC operation.

Just a few hours after the strikes, the United States Central Command announced that it had scrambled an F-15 jet to shoot down an Iranian Mohajer-6 combat drone that appeared to be heading towards US forces in the capital of the Kurdistan Region, Erbil. The drone was likely taking part in the last wave of strikes. The command said in a statement that “this was a significant incident.”

Several of the Kurdish-Iranian groups targeted by the IRGC, like the Komala, enjoy close ties with Washington.

The IRGC’s operation against Kurdish-Iranian opposition groups is a response to the Kurdish-led protests in Iran. The protests were triggered by the death of Mahsa Amini, a Kurdish Iranian woman who was arrested for allegedly breaking Iran’s strict rules on wearing the hijab, the Islamic head covering for women. Tehran has repeatedly accused foreign powers of supporting the protesters. The US is believed to be one of these powers.

The guards say that their operation in the Kurdistan Region will go on until all the positions of Kurdish-Iranian opposition groups are dismantled. This could eventually lead to a confrontation with the region’s government, or even US forces there.

We Jews own the usa

“On September 24, the IRGC Ground Forces announced that it had launched an operation against the headquarters of “terrorist groups” in Kurdistan.”

Its not a war.

it is a special military operation.

Iran for years told Kurds in Iraq and Syria if they host anti-Iran groups/powers or terrorist Wahhabis, Iran will deal with them.

Also, Iran for years informed Iraqi “Kurdistan” that if they don’t dismantle terrorist Kurds – they will do so, ofc Kurds under the US think they have protection and will I say let them have it.

The drone that was downed wasn’t heading to one of the US bases – it was returning to Iran but yanquis missed the drone at first and when it was heading back they find it and hit it (the jet find the drone, not the yanquis ADS).

Iran is showing how it should be done — they warned and warned but were ignored this is the only way the US takes notice if its assets are hit and its a reply to the terrorists who caused death and destruction in Iran .

The Baathist governments of the recent past were better than this middle eastern mess. Saddam was hung by his own people so… How much better or worse could it get?

Dark side of the moon

Kurds have allowed themselves to be CIA proxy asset against Iran and Turkey. Works only as long as U.S. Pentagon is around.

The West isn’t your friend.

kurds on have a few more CIA brain cells than me

Kurds are just nomadic goat herders, and Kurdistan is just a pipedream in their minds after they land grabbed.

The terrorist scum Iranians only hit rocks. Our Kurd brothers will reply soon, inside Iran. Watch cowards watch as we blow terror 🦾🇮🇱🦾

Still not figured out how that sounds in English have ya…..

Why the Kurds always cause trouble in the region? Always backstabbing Turks and Iranians. They need to behave or they will get drone by the bigger states.

The Kurds always envisaged their own state in Syria/ Iraq so America –as usual — are using them to their own advantage.

how little things change … Iran using the equivalent of v1 and v2 German buzz bombs and rockets to attack Kurds.

Difference is those Iranian buzz bombs despite jamming/ heavy ECM can sniff out the exact targets and swoop down on them with a CEP of less than a meter! You understand? Iran is far ahead of where the Nazi’s were in 1945.

oh for sure their has been tech improvement, I just find it interesting how we have come full circle in some ways back to some of the same strategies now as then

Damn Kurds ain’t been nothing but trouble, need to be eradicated all of them.

Saddam was right when he pounced on the Kurds, they were nothing but a liability, his uncle said it truthfully on whom God shouldn’t have created.