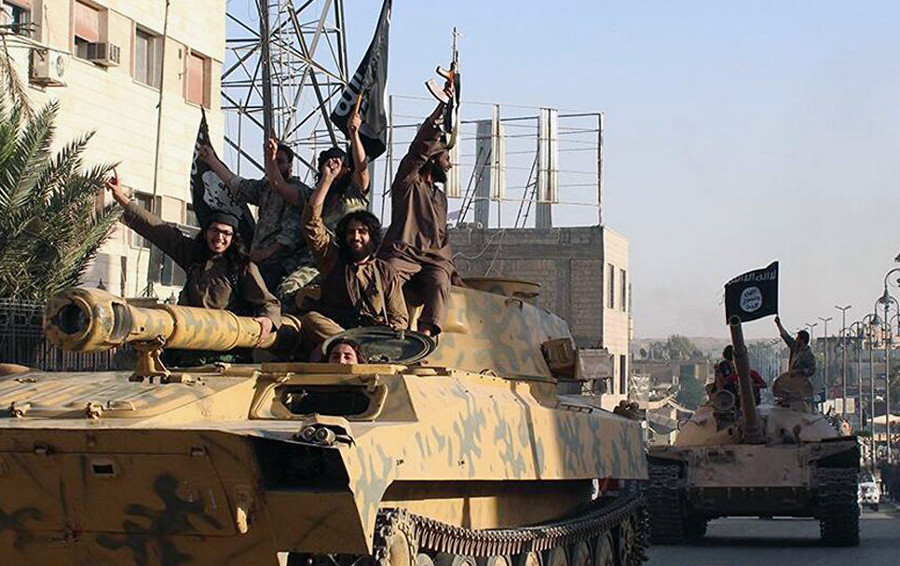 Russian Aerospace Forces (VKS) aircraft destroyed three ISIS vehicle columns attempting to break into Palmyra during the night of May 29/30. According to the Russian MOD, the terrorists were attempting to leave Raqqa which is besieged by Kurdish militia of the Syrian Democratic Forces (SDF) and US-led coalition forces.

The terrorists lost over 80 killed, 36 vehicles, 8 fuel tankers, and 8 technicals with mortars and heavy machine guns, according to the MOD.

On Wednesday, the Russian military attacked ISIS positions near Palmyra using Kalibr SLCMs launched from the frigate Admiral Essen and the submarine Krasnodar operating in the Mediterranean. The strike destroyed heavy armor concentrations and munitions depots. According to many military experts, the terrorists are not time and again attempting to seize Palmyra for naught: the ancient city’s geographical location has turned it into a very convenient base for launching attacks in almost any direction. Its capture would give ISIS a major advantage.

We should remember the last time ISIS attempted to attack Palmyra was on May 25, also at night. The column of 40 gun trucks, tanks, and trucks was detected in a timely manner by own reconnaissance on the plans, and then destroyed by Russian bombers. The terrorists made earlier attempts to infiltrate the city using smaller units, but also failed.

In actuality, the fighting for Palmyra has not stopped even after its second liberation on March 2, 2017. This is due to the fact that Raqqa–the pseudo-khalifate’s capital–will, by most estimates, soon fall after a prolonged siege. Its defense has become untenable, and the terrorists have started looking for another strongpoint. Only another major city can play that role.

“The terrorists are launching desperate attacks, they are trying to fully capture Deir-es-Zor, part of which has been in Syrian Army hands for over three years”, said the Director of the Strategic Trends Center Ivan Konovalov in a Radio Sputnik interview. “It is from the direction of Palmyra that the main assault toward Deir-es-Zor will come, in order to fully lift the siege and expel ISIS. They, in turn, understand they are about to lose Raqqa and want to make Deir-es-Zor their new capital.”

The capture of Palmyra is a key phase of this plan. Having taken the city, the militants will be able to move forces eastward toward Deir-es-Zor. SAA forces which are there will find themselves under a heavy siege. The new capital will have to be subjected to a prolonged and grinding assault, in order to expel the militants. Moreover, the terrorists can always retreat from Deir-es-Zor into Iraq which is only 140km away.

Palmyra would give the militants not only a path to the East. If successful, ISIS will gain the ability to launch diversionary strikes and even full-scale offensives in many other parts of the country. Just south of the city there is the Jabal-ar-Ruvak mountain range which stretches westward to Damascus itself. The militants would be able to send small detachments toward the capital using the difficult terrain for cover. They would be more difficult to detect from the air in the mountains than in the open desert. The terrorists would also be able to reach the strategically important Kalamoun gorge, with the city of Yabrud in its center, which is located north of Damascus. Control of Kalamoun would allow the terrorists to de-facto paralyze movement along the Damascus-Homs road and open them a path toward the Lebanese border. 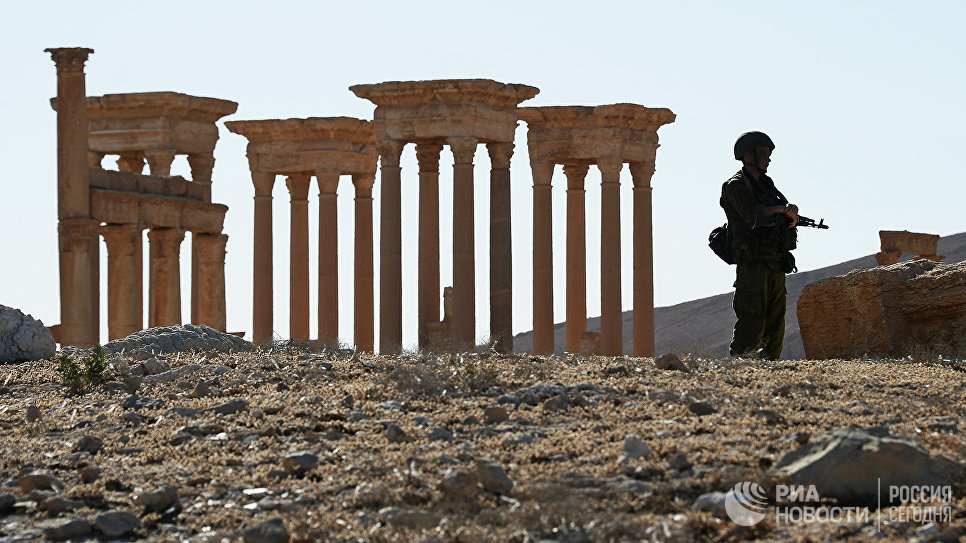 In addition, the capture of Palmyra would give the militants a path toward the Tiyas airbase just west of the city. It is the home to two bomber and two fighter squadrons of the Syrian Air Force. Destroying the base would make it more difficult for Syrian airpower to launch strikes in the central and southern part of the country. Moreover, the militants would be able to fully control the Homs-Palmyra road, which even now is considered one of the most dangerous in the country.

Having access to Homs, liberated from ISIS on May 22, 2017, would allow the militants to seize initiative on this part of the front and once again ensconce itself in one of the key populated areas of the country. Northern outskirts of the city are part of one of the four “de-escalation zones” created by a Russia-Turkey-Iran agreement at Astana. If the militants capture one of these zones, it will threaten all the efforts of countries seeking to broker the peace process in Syria.

“One must not allow the fall of Palmyra–five or six key roads meet there,” said the Director of the Military Forecasting Center Anatoliy Tsyganyuk. “The militants would be able to move from here in all directions. This is a central location which they can use as they please. There’s also the political dimension. Taking this city will greatly improve terrorist morale, increase the flow of recruits and financial aid from foreign ‘sponsors’. Bashar al-Assad, in turn, can’t lose Palmyra for the third time. This would be a serious blow to his army’s image.

All in all, the militants are now in a tough spot. Assad and his allies understand the strategic importance of Palmyra and are doing everything necessary to ensure its defense. Tsyganyuk underscored that effective airstrikes would have been impossible without spetsnaz operations which guided aircraft to their targets, and without Russian recon satellites. It means that the outskirts of Palmyra are under constant observation, and the militants got a really “warm” reception. But the final defeat of ISIS is still far off: the terrorists have demonstrated more than once they can launch unpleasant surprises.