Abu Bakr al-Baghdadi speaking in a mosque in Mosul after the group took over the city in June 2014. File photo

ISIS leader, Abu Bakr al-Baghdadi, may has been captured in northern Syria, according to media reports, including the Arabic branch of the Russian state-run news agency Sputnik. All media reports refer to an article appeared at the desiagency.eu website (“European Department For Security And Information”).

“The Information Office of the Secretary General of the DESI European Department of Security and Information announced that:

“the office had received accurate information indicating that the leader of al-Qaeda “Abu Bakr al-Baghdadi” may have been arrested in the north of Syria through a monitoring by the Syrian-Russian joint intelligence. This came after Baghdadi forcibly left Mosul as a result of the pursuit of his popular mobilization forces on April 2, 2017 and his entry to the Syrian border. The media office indicated that it will refrain from accurate information of the details of the operation pending confirmation of some of them and information still coming as a result of the accuracy of the stage and the consequences that may result from it,” its article reads.

Earlier this week, Iraqi Ministry of Defense said in a statement that Abu Bakr al-Baghdadi was alive and staying in Syria.

Despite this, the whole report looks very questionable. No comments from Syrian or Russian security have appeared on the issue.

However, if confirmed, the detention of Abu Bakr al-Baghdadi will be a major step in combapting ISIS terrorists in Syria and Iraq.

A water board would be just right for this vermin.

Hopefully they cut all his toes and make him talk. We all want to know who aided ISIS from Europe and the US.

Someone with a long beard, that narrows it down.

yeah this should sum it up…
(odd to mix ACCURATE, INDICATING and MAY HAVE in the same sentence)

How can I trust that source when it is not even that little professional to distinguish between ISIS and Al Qaeda, calling Al Baghdati leader of Al Qaeda is a serious source of mistrust.

If he was captured, especially by Syrian – Russian cooperation, that would be really a great news.

Exactly! Not one actual cited piece, no links to legitimate sources.
Second rag I’ve read this on. It’s certainly a rumour but until something official comes, I’m counting it as just that…. An unconfirmed rumour.

Yeah …. some evidence is required :D

Drown him in pig’s blood.

IF this is true, will Israel demand that their operative be returned to them ?

The Russian Foreign Ministry said today that they have no knowledge of al-Baghdadi being captured. Don’t know why he’d be in Northern Syria since he fled to the desert region shared by Syria and Iraq where could be close to their new capital at Mayadin. 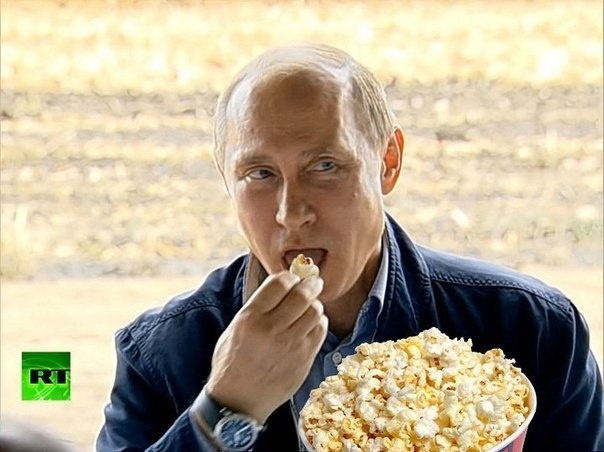 He be in northern syria so he can be flown to Florida by US.by special forces for a year or so
Then he be shot in the head and fed to the crocodile’s

Sooner or later, he knows very well that he will be death !! I hope that all his follower understand that this guy was working for Israel-USA-NATO with the goal to destroy Syria and Iran, making believe to his follower that an Islamic Nation was under way for its construction.

Nah, he will be “killed” by the US drones (without any evidence of course, no body, no photos)

Yeah like bin landen….but he was dead before 5 years from kidney disease…..

If this is not fake news, then it is a sign IS is indeed going down.

It would be a good thing if a dehumanised being like him will be tried.

this site is awesome btw. sorry i am skint, but keep up the great work southfront

Will Assad be bombed again for capturing the General of the Globalist army?

Too good to be the truth…

If the FSB have him great!!! He can reveal exactly how Isis sold oil to Turkey and how the Saudis , USA , Turkey , UAE , UK etc. assisted him. Great work by FSB ALPHA , GRU Spetsnaz and Syrian Mukbharat if it’s indeed true.

This smells like Osama being killed in Pakistan by Obama’s men without any evidence. Even if ISIS would be over as a state, it makes no difference. They served their purpose and the deep state government partially got what they wanted. It is in fact very correct to use the term Al Qaeda as ISIS, FSA, Al Nusra and whatever other extreme Muslim organization, since they are all Al Qaeda which means “The Base” (Data base of Mossad/CIA agents). They don’t need a country since they are not the main issue (their western masters are). They can always be called upon and organized wherever and whenever needed.

If true he won’t be dieing anytime soon, he will wish he was dead.