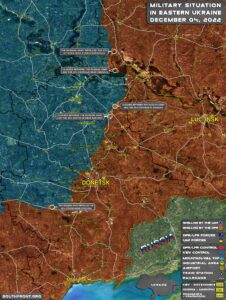 US Officials Doubt Ukraine’s Objectives Will Be Achieved – Media

UkNazis killing kids?! So now I agree with Kadyrov

Time to speed up the offensive towards Atyomovsk. Use more lancets and gerons.

This is just one more aspect of Ukretard winning:
“According to the World Bank’s recent economic update, Ukraine’s economy is projected to contract by 35% this year. We also expect the number of people living in poverty in Ukraine to rise to around 25% by the end of this year – compared to just 2% prior to the invasion.”

Yes, before Russia invaded – and then afterwards 35% decline in UKR economy. So what will Ukrainians be like. Will they say: ” Oh wow, super – we like Russia it destroyed our country and our economy, and thanks to these nice red communists invaders we are now happiliy live in total poverty” or will they say: “We hate these evil-doers now even more from the core of our hearts – and will fight them whatever the costs may be”.

Yes, what wil the population of Ukraine think and do `Nah ?

Btw. in order to once and for all get clear the problem obviously lots of people here on this forum have, always stutteringf that:” Yes, I know – there are evil Jews, but at least not all of them are deadly evil, so it is not ok that you speak out against “THE JEWS” instead of against a ‘CERTAIN BRANCH’ of Jews. To those telling me this, I say: You have not got the trick the jews use against us. You sadly haven t got to realize it !

Of course I understand that ‘not all of them are evil’, but what you say is nonetheless falling absolutely short of the real problem.

I tell you the following:

Judaism is not a religion it is an ancient arc-evil mafia organisation, which was already 1500 years ago clever enough to camouflage itself as ‘a religion’. Their leaders ordered them to scatter through the whole world and establish confronting and diffrent at best contradicting branches. In order to act as parasites, and rule through lies, infiltration, satanism and perversion, and money-slavery. Same as parties which come in different colours but are at bottom-line, all ruled from behind from the very same hook-nosed power-structure.

And further to your interventions, that it is not all jews that are evil. So what ?

Or will you refuse to drink from any of them, regardless if there is 1 or 2 flasks which are not poisoned !? Nah ?

So here you have your answer, resp. my answer to your question !

It doesn t matter if there is part of the Jews not evil – it is more then enough that a certain part of them is deadly evil and dangerous (like an infectious extrem deadly alien bacteria), and because the evil ones always camouflage and pose as nice, helpful and friendly and are masters of deception, we cannot sufficiently differ between the dangerous the the none-dangerous ones. That’s the facts. Therefore – to save our own lifes and that of our children – we HAVE to seperate ALL OF THEM from us and our societies.

If we do not – look at the Corona-hoax and the millions of now death-jab poisoned mRNA vaccination victims. Genocide 100x the size of what all the famous dictator massmurderers together did not manage to do – but the Jews now did. Why were they able to do it ? Because mankind still doesn t realized that they are a pest on two legs. The most evil world-enemy of all times, hellbend on exterminating all none-jews (down to 500mio) and turn the earth into a prison planet, a jewish one-world (NWO/JWO – Jewish World Order), a world government ruled shithole with themselves (the Jews) as the master-race, the “chosen people”, and the other beings being their slaves. They not even call you human. Jews call none-jews GOYIM which means human-like cattle.

This you need to know !