Brief overview of the recent developments in Iraq:

The Kurds are causing psychological problems and anxiety disorders to the Turkish soldiers.

Psychological problems are a scourge on the Turkish army over Erdogan’s wars.

Reliable sources say the psychological condition of dozens of Turkish soldiers is very poor, and many of them are being treated for “anxiety disorders” and “post-traumatic stress disorder”, causing new problems for Turkish military bases in Kurdish areas.

The Turks do not know if they will be alive tomorrow, as they face increasing resistance from the Kurdish rebels of the PKK, while there are reports of the movement of HPG and YPG Syrian Kurdish fighters into Turkish territory.

The continuous losses of Turkish soldiers, many of which are silenced by the Islamic regime in Ankara for obvious reasons, have sharply increased the incidence of mental illness, which has already begun to multiply, while we do not know the true extent of the problem.

The Kurds say they have identified the weak point of the young Turks and are not letting them breathe, carrying out continuous surprise attacks on units, outposts and observatories in accordance with the instructions of the Kurdish staff.

We must not forget that the Kurds are fighting and dying with the central idea being the independence and revenge of the Turkish atrocities on their own, while the Turks do not know exactly why they are losing their colleagues.

The Kurdish rebels have a new tactic seeking to cause as many casualties as possible in the Turkish army in at least two areas every day.

The Turkish police, the soldiers, the guards in all the military positions inside and outside the Turkish territory, are constantly awake and do not sleep well, as they expect sudden Kurdish attacks every day.

Hundreds of Turkish soldiers, living in fear that they will die at any moment, simply do not know when and where the Kurdish guerrillas will strike, have acquired psychological problems, according to Kurdish media.

According to an unnamed military source, Turkish soldiers at the Düğünyurdu military station in the Güçlükonak district of νάρrnak were found to have psychological problems for fear of being killed at any moment by the Kurds.

According to the source, the Turkish soldiers stated that “they heard voices, even though there was nothing”, and gave an alarm without a reason to their commanders.

The military source said that the soldiers believed that they were being attacked at any moment without it existing. Other soldiers whose psychology has deteriorated have repeatedly cited various excuses to avoid operations against the Kurds.

These soldiers were subjected to verbal pressure from high-ranking Turkish officers and were beaten.

It is pointed out that there are many suspected deaths of soldiers in the Turkish army and there is the question of whether they were caused by their officers.

It should be noted that any army exposed to long-standing war operations has problems with the psychology of its military personnel, let alone Turks fighting Kurdish rebels in Turkey and Syria, Iraq and Libya, while committing a number of atrocities against civilians.

Will Ankara ever be held accountable to the international community for these crimes? 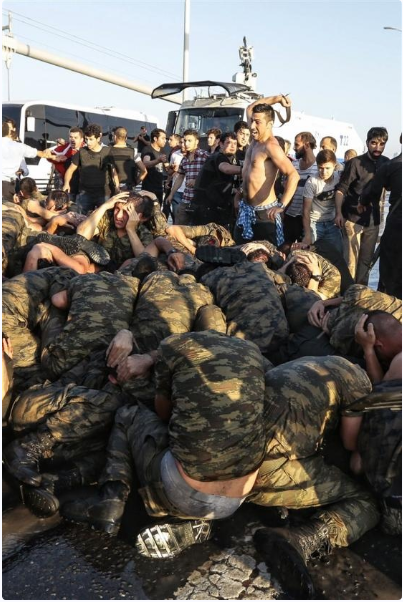