Strikes by the Russian Armed Forces are reaching their targets

In fact, the situation in Ukraine continues to be difficult along the entire line of contact. Moreover, while the situation is stable in the LPR, Zaporizhzhya and Kherson directions, the Ukrainian Armed Forces continue their counteroffensive in Kharkiv.

Russian artillerymen shelled AFU positions in Senkivka and Bleshne in Chernihiv region, as well as in the villages of Seredina Budy, Gavrilova Sloboda and Khleborob in Sumy region. More than 70 Ukrainian servicemen were eliminated in a gunfire attack on an AFU brigade deployment point near Kupyansk. 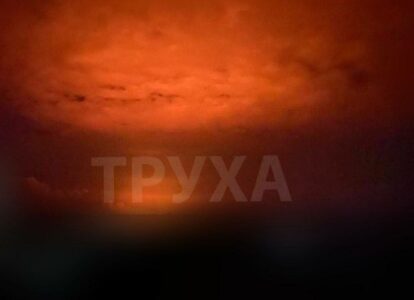 At the same time, Ukrainian formations shelled a convoy of civilians traveling from Kupyansk to Russia. About 30 people were killed. There are children among the wounded. 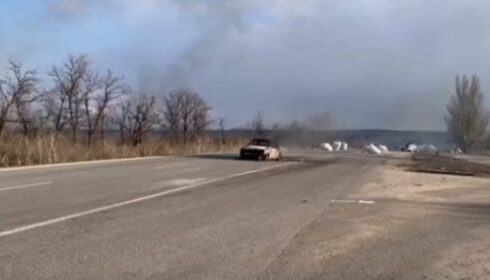 Shelling of a refugee convoy by the Ukrainian Armed Forces 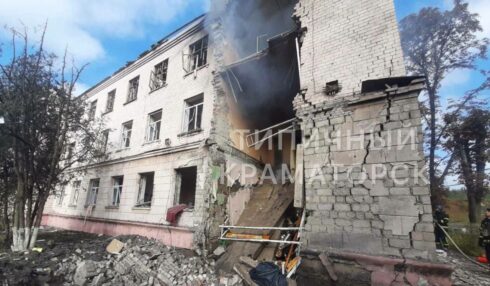 In the Donetsk direction, the Russian Armed Forces hit targets in Avdeevka, Marinka, Krasnohorivka, Pervomayskoye and Maksimilianivka. The Russian Air Force destroyed up to 80 militants in the DNR with a strike on foreign legion positions.

The Ukrainian armed forces shelled the village of Zolote-5 with HIMARS, which resulted in the destruction of the local House of Culture. In addition, Kremenna, Svatove and Vrubovka were also hit. 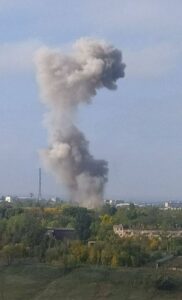 Overnight, the Russian Armed Forces launched at least eight missile strikes on AFU facilities in Zaporizhia. At the same time, the allied forces worked on targets in Zaliznichne, Hulaypil and Charivne near the line of contact. The Russian Defense Ministry reported hitting a battery of American M777 howitzers in Zaporizhzhia region and destroying a platoon of Hyacinth guns of the Ukrainian Armed Forces in the DNR.

On the Mykolaiv-Krivoy Rog direction, the Russian Armed Forces carried out strikes on AFU positions in Mykolaiv, Chervony Yar and Berezneviyivatom. Russian Air Force fighter aircraft shot down Ukrainian MiG-29 and Su-24 in the DPR and Mykolaiv region. The Russian Armed Forces destroyed a Ukrainian S-300 air defense system radar in the Mykolaiv region. At the same time, the sides continued to engage in artillery duels near the entire line of contact.

Russian troops destroyed nine weapons depots of the Ukrainian Armed Forces in Dnipropetrovsk, Mykolayiv and Zaporizhzhya regions, as well as in the DPR.

Despite the pinpoint successes of the Russian military, there is currently no change towards Russia. Moreover, the Ukrainian Armed Forces continue their offensive from near Kharkov, which may soon concentrate their efforts in the direction of the LDPR.

The 4th October is the day the Russian Parliament ratifies the integration of the new Russian regions into Russia itself –after that I hope action will be intensified against the Azovs and mercenaries -killing 30 civilians making their way to Russia should be avenged.

A 4th “leak ” was found in the gas pipelines in the area said to be controlled by US intelligence and no Russian ships or submarines are allowed in that area which the USA has planted underwater detection sonars.

I hope the gloves come off soon and targets are hit all over Ukraine from Donbass to the Polish border,if they have to 24/7.

“and no Russian ships or submarines are allowed in that area”
whatever. it is a war.. being allowed or not allowed is not an issue.

I am so glad to live in these times where I get to see the end of Russia and Putin and tens of thousands of bad russian invaders too.

Prepare to be disappointed. Maybe buy some extra tissues so you can wipe the tears from your eyes.

US and UK have been killing and genocide 6 million of innocent peoples in The Middle East.

Your right you are crazy canuck!

Wo ist die Luftwaffe in Liman…?

If you mean -“where is the Russian Airforce in Liman ( Lyman ) ” ? as the Azovs are still shelling the area it would not be good military strategy to have a large number of Russian jets parked there, in Syria Russia has several versions of surface -to-air missiles to defend its airforce base.

Russia simply doesn’t have the will or the weapons to end this. The Kiev regime/USA will win in the end just through sheer numbers, western weapons, and manpower.
This whole thing was a total disaster from the beginning as Russia first allowed the Maidan to succeed, then they allowed eight years for the Kiev terrorist regime to arm and get ready on every level.

Which part was a disaster for Russia again? The unprecedented appreciation of the Ruble? The collapse of Boris Johnson’s government? The election of hardline anti globalist, politicians in Italy. The absolute collapse of the Euro and Western living standards? The German economy going to tatters? US stock markets dropping 20-30%? Historic levels of cooperation between Russia and China completely circumventing western sanctions? The nearly complete drawdown of small arms weapons from nato stockpiles? Oh I remember the Russians lost a frigate that was built in 1972. Yep, you’re right total disaster. You win the argument. /sarc

Western living standards even if they are dropping (relatively, but this is a topic for another discussion) they are still hundred times higher then any living standards in Russia. West is and will be the best place to live for centuries to come. Nato is making tons of money and modernising its weapons so not sure what you are talking about. If you think China is going to make any trade deals with Russia you are simply deluded – xi will take far east soon…Russia just joined the club of N Korea, Syria and Iran… you just became new world lepers… good luck

I am afraid you have been misinformed fool. The United States is a bed of satanists running the country into the ground. People in the USA are starving and broke just like everywhere else, thanks to Soros and Schwab.. Why are these two murdering scumbags still breathing ?
And that pissant jew zelenske, what is keeping him alive ? Both sides and his own citizens want him gone. How does he able to stay above dirt ?

The US can huff and it can puff but the collapse of its very sick empire is inevitable. There is no turning back now with the evil we have witnessed in the past 80 years. The cancer in DC and London is a moral cesspool. Their propaganda is so dumb and defies common sense. The only thing holding them up is the dollar. The dollar is at the center of all this wickedness. That is why you need to strike against the dollar. De-dollarization will be key especially for big non Western states like India and China, Indonesia, Nigeria etc…

The only problem is that this takes time and in that time, the Anglo Sucker savages will inflict psychotic damage to the world. Russia hopefully will take all gloves off in Ukraine soon, because emboldening Nazis is never a good idea. Their dreams must be shattered. The British and Americans are nothing but a scourge on the planet. Their positive contributions ended last century

Ukraine is relentless, russia is retreating…revenge for Bucha is here!

The Ukrainians are pretty much serving Russia as its lunch though, munitions for NATO and the US are starting to run awful thin. It may come down to who has the last bullet.

“In fact, the situation in Ukraine continues to be difficult along the entire line of contact.”

SF is clearly admitting that Russian military is in deep trouble and perhaps loosing the war or at least unable to keep their “liberated” (😂) areas in eastern and southern Ukraine.

LOL youre a clown

No one is admitting anything, you might be dreaming that, but in reality.. your fucked if you are a UAF supporter. You have little time. so funny to watch insane mindless fools turned into cannon fodder.
Go, fight.. don’t worry, you are on the winning side.. lol..

Looks like the end for the terrorist russia is near , and putin will finally be dead and gone .

Looks like your monkeypox infested, worm ridden brain is dead and gone.

I whole heart-idly DISAGREE, infact, the end is near for USA and EU!

Must be one of those transgender worshipping people-kind that voted for WEF’s candidate Justin Trudeau.

LOL you clearly have no idea what is coming up.

Lets just say that before the winter sets in most of Ukaine will be stuck with no supplies and no bridges on the east of the river LOL……. and Russia will easily take Odesa and that will be game over.

Putin will snuff these sick bastards in no time.