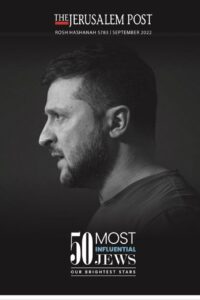 On September 25, the Israeli newspaper The Jerusalem Post published a list of the “most influential Jews in the world”, headed by Vladimir Zelensky. The corresponding list was published in connection with the celebration of the Jewish New Year (Rosh Hashanah).

Zelensky even beat Israeli Prime Minister Yair Lapid who gained in the second place. French Prime Minister Elisabeth Borne is in the third place. The fourth place on the list was taken by the Ambassador of the United States of America to Israel, Thomas Nides, and the fifth place was taken by the former head of the Israeli government, the current leader of the opposition, Benjamin Netanyahu. In the eighth place of this list is the Secretary of State of the United States Anthony Blinken. In total, the list includes fifty names.

The new status of Zelensky seems ridiculous and gained a lot of hatered, including among the jews. It is not clear how the president of the puppet regime could become one of the “most influential persons in the world”. Readers of The Jerusalem Post concluded that this is the way Israel supported Ukraine instead of providing military equipment demanded by the Kiev regime. 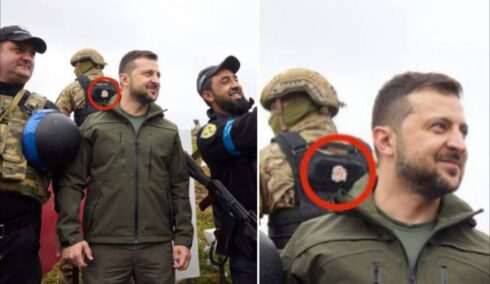 The honor given to Zelensky is a disgrace for an Israeli newspaper, including because of the behavior of the Ukrainian president and his attitude towards Jews.

In 2019, in his interview with Bernard-Henri Levy, when asked about his Jewish identity, Zelensky said : “The fact that I am Jewish hardly ranks 20th in my long list of foibles.”

Immediately after the beginning of the Russian military operations in Ukraine, he was inflamed with a fervent love for the “ancestral homeland”. He demanded Israel to unconditionally support Ukraine on the grounds that the “Promised Land” should pay him special respect as a “natural Jew.” 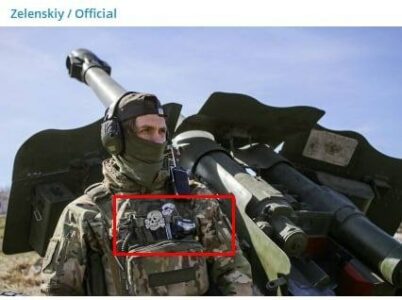 On the same day when granted with the status of the most influential Jew, Zelensky claimed in his interview with foreign journalists that he was “shocked” that Israel did not provide Kiev with a missile defense system.  According to Zelensky, at the end of February, he requested from Israel air defense systems comparable to the Iron Dome.

“I do not know what happened to Israel. I’m honestly, frankly, in shock, because I don’t understand why they couldn’t provide us with air defense systems,” the President of Ukraine said.

Israel condemned Moscow’s actions. At the same time the country did not join the sanctions against Russia and attempts to stay neutral to the conflict.

A month before the start of the Russian military operations, BreakingDefense reported that Israel had also banned Latvia, Lithuania and Estonia from supplying Ukraine with weapons sold by Tel Aviv. According to the report, Kiev expected to receive Israeli Spike anti-tank complexes, which are in service with the Baltic countries. However, back in December 2021, Israel prohibited the Baltic states to transfer Israeli weapons to Ukraine.

Awaiting for the support of the global pro-Israel lobby, Zelensky likens the current hostilities in Ukraine to the Holocaust. Israelis, on the other hand, treat many of his manipulations on the Jewish topic with disgust as discrediting the nation. Moreover, Zelensky’s claims that Ukrainians saved Jews from the Nazis 80 years ago sound absolutely ridiculous. Israelis remember how Ukrainian hero Bandera zealously helped the Nazis in the extermination of Jews during the Holocaust, including in Babi Yar. It is precisely the Nazi ideology that has prevailed in Kiev that the President of Ukraine serves.

A man who is actually the leader of Nazi and chauvinist ideology, the puppet leader of a country that glorifies the symbols of fascist Germany, and a nation whose heroes massively exterminated the Jewish people in the 20th century, is recognized as the most influential Jew.

He should shave his mustache to look like his hero.

commies and israeli newspapers are a disgrace period.

Saying Zelensky is a disgrace to israeli newspapers is like being a commie-jew on southfront.

I am everything except for a commie Jew, believe me,and there are many more on SF. Jews are notorious cowards and instigators of chaos and disorder. Zelensky comes from the worst breed.

And now he seeks nuclear weapons from Israel left over from 9/11.

A lawyer , an actor , a jew and a nazi are in a plane … then disaster strike. There is only one parachute.
That is not a problem at all : they all mount aboard Hellensky head and he jump without parachute anyway …

The only thing that makes this ex-comedian turned “$trong man” a “hit”, are the actions of his opponent that keep contradicting itself https://www.zerohedge.com/geopolitical/russia-enacts-lengthy-prison-sentences-wartime-desertion-refusal-serve https://southfront.org/russia-releases-ten-foreign-mercenaries-captured-in-ukraine-after-saudi-mediation/

Just where are the Leaders in the Russian Federation?!!!

What about that article got to do with “Nazi Zelensky”?

Did she also write about:

The 19-year-old woman receptionist by Indian MP’s son and thrown her body in the Chilla canal?

The Palestinian journalist killed by Israeli bullet in full daylight? where is the west condemnation and sanction on Israeil or this article writer, Elizaveta Naumova love of exploitation for these?

She didn’t say shit about those events so how about you and her STFU?

Oh right, she is deep-throating Wahhabis and Zionists dicks 24/7.

Fun fact, Anti-Zionism is not Anti-Semitism.

Zionists aren’t fooling anyone besides themselves. Which group openly with Wahhabis said they would love to destroy the West again? Zionists.

Ukraine has a long history of Nazism, it is not new to anyone who knows Ukraine’s history. The West is trying to be the smart ass and give bullets to their stupid keyboard warriors, you all most likely heard or read the stupidies shit Westerns saying about Ukraine not having any Neo-Nazis. Such as, “Ukraine’s President and Prime Minister are both Jewish.”

But just ask them, since when they stop talking to you. Both the US and the EU knew the problem of Nazism in Ukraine so why not put Jewish clowns up as President and Prime Minister? Did it work, it sure did.

Most of the time when anyone plans something not everything goes as planned. It is true in this case as well, you can see the Zionists’ nose in Ukraine. Who are the losers of this war? The EU and Ukrainian people. Who are the winners of this war? The US, China, and Russia. But there is one more country that is playing in Ukraine, it is our good old big noses Zionists.

Hey SF, why don’t you guys share the clips where Zionists openly say they want to destroy the West/EU? There are many clips.

He’s not influential but a puppet on strings. A well paid puppet.

Ultimate jewish wet dream, they finally have their own private Nazis fighting for them….

Interesting list tho including the new French prime minister, bunch of scum from the US administration and US Supreme Court, the most powerful man on Wall street, CEOs of Disney and Oracle, and of course ex-rabbi of Moscow Goldschmidt now supporting Ukraine and leading “Russian-Jewish resistance against Putin”

Actions speak louder than words –what SF is describing is as Ukraine,s Fuhrer he is modelling himself on Hitler/Himmler and Dr.Goebbels directing far right Azovs dressed and acting like Nazis committing horrific atrocities on Slavonic people his own as well as Russia’s.

I want you to read my comment that I write here and tell me why you hide it.

How are you guys can say shit about West MSM when you are now doing what they are doing? Fuk off, it doesn’t matter IF YOU dislike it.

Well if jews don’t care about nazis why would anyone care.

But they should then stop calling for spezial treatment if they do no longer care.

Girfters go by many names. But they are identical to each other. “I support the current thing”, “I am from the mythical race” etc etc vomit. They believe that they are unicorns. It is best to send grifters into their promised land.

Son of the Kingdom

The synagogue of Satan is in charge of international power, the war is against all Christians, white Christians. See what happens when a jew reaches the top; complete destruction and death. Let them celebrate their holiday, God’s judgement is coming for them for all theft and death the y have brought upon the real children of the most high; the believers in Jesus christ.

Iron Zion 🦾🇮🇱
Reply to  Son of the Kingdom

I will personally F you and your daughters if my bullet had eight of you. Your terror talk will not go unpunished, mark my words.

Jooganda award from the filth in apartheid, occupied Palestine for their psychopathic khaZar klown kousin in ever diminishing rump Ukropland. Gee big deal.

Calling others Nazi is an old technique used by Nazis…

Nazis called other Nazi?? Yeah sure, Hitler called Stalin and Roosevelt Nazi lol but only in your crazy head you stupid little whore from Hunter Biden’s harem.

And the Oscar goes to…. Zeeeeeelensky!

Best Actress in a supporting role (in Comedies)

Zelensky is a nasty Jew, not a Ukrainian.
This war is pure jew sickness.

Be careful for a son of a bitch like you will die if I ever saw you.

Simple. He has dirt on Biden. That’s how he became one of the most influential people in the world.

There it is in the title, Nazi Jew.
Appointing him number one Jew will do nothing to elevate the stolen land of Palistine. Instead it will show that Zionists were Nazis all along and worse.

Totally ridiculous and reprehensible that Israel is supporting a Nazi-fascist country and its naazi-fascist clown president Zelensky. Shame of Israel.