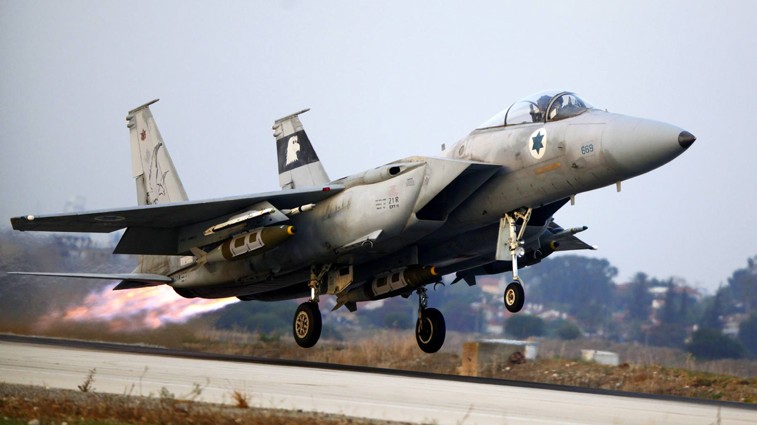 Early on September 17, five service members of the Syrian Arab Army (SAA) were killed when a new wave of Israeli strikes hit the Syrian capital, Damascus.

In a statement to the official Syrian Arab News Agency, a source in the SAA said that Israeli jets launched the strikes from the direction of Lake Tiberias in northern Israel, targeting Damascus International Airport and several other positions to the south of the capital.

Aleppo airport was attacked by Israel again on September 6. This time three strikes hit the runway, placing the airport out of service for three days.

Syria and its allies refrained from responding to recent Israeli attacks on Damascus and Aleppo airports, likely to avoid a full-blown military confrontation with Tel Aviv.

I believe a major war against Zionism is coming soon. These are acts of desperation.

What’s the role of the United Nations if a terrorist regime like the one in Israel is allowed to attack sovereign countries with impunity and without fear of any repercussions? Russia is being sanctioned for trying to defend Ukrainian people of Russian ethnicity from Nazis while Israel gets a free pass for their ongoing 74 year old occupation and genocide against the Palestinian people. When is UN going to call for sanctions against the criminals in Israel?

Is it good for the juice? That’s the only question a head of tax cattle on Rancho Goyim ever need to ruminate. However, after the destruction of Natostan the welfare abomination in Palestine will not survive the great flush of worthless USSAN dollahs. NO welfare, no khaZar parasite in Palestine.

Earth has a cancer and it’s called Israel…

Non-human FagMasons feeling the heat under their dilated butt-holes. Ass-f-cking men is their one of their initiation rites. Death to them all…they deserve no mercy and will not get it.

Israel is fearing Hezbollah response if the deal with Lebanon go wrong for oil extraction. that’s the main reason Israel is targeting any weapon depo for SAA thinking Hezbollah and Iran weapon. But this Zionist scum forget this war will cost them so much that for recovery will be hard. SAA has to response with firing on Israeli airport then only UN will understand language to accuse Israel

Zelensky fights the battle of the bulge in underwear of Gates and Schwab. Big ambush of the mouth over the penis. Gets victoryof the anus with delicious brown food so delicious. Zelensky seig heil with big penis in fat buttocks for championship

Yeah, but at least he changed his shirt.

I told you sons of whores we would and look at you now. Cowards, where is your honour. We don’t tolerate terror. Now go cower.

Don’t worry dear Syrians, Mr. Putin will protect you…
He can not protect Russian people in Ukraine, maybe because he is under the control of Kharzars.

Zionism is a cancer on humanity. It’s supporters are vermin, and those who tolerate Zionism are trash. Not even worthy of a shit stain.

The parasitic welfare warfare abomination in apartheid, occupied Palestine will have to be reduced to rubble. That is surely coming. The only question is who will want the murderous thieving khaZars that survive the inevitable cleansing of Palestine? It is unlikely that the racist trash can be extracted to Muslim occupied EUSSR without inciting even more destruction among the Euro peons…oh wait that is precisely the goal of the Satanic globo pedovore filth in the angloZionaZi empire of shit.

The Book of Revelation mentions a final battle at Armageddon where (some folks claim that Gog and Magog represent) Russia and China will attack Israel, and be defeated. Of course, spiritual “Israel” seems to me to those ransomed by Christ, and not the members of the “Synagogue of Satan.”

So why the attack on the country calling itself Israel? Because they f-ing well deserve it!

Unipolarity by its definition gives false nation entities like the United kunts of America and Jewlucifrael the impunity to destroy other nations without consequences.
Evil has taken hold of this world, a new dawn cannot come sooner.

This is the end of the world as we know it

In Israel the big brains think endless bombings will solve their mental health problems, what a bummer. Schizophrenia is a serious illness, you have to understand