In it, several noteworthy factors are underlined.

As it’s quite apparent, and known for a while, but somehow entirely disregarded by both governments and media, the number of actual COVID-19 cases is much, much larger than the official one. Reported cases are only a fraction of the number of actual infected people:

In populations where large groups have been tested, the following figures have been registered:

The number of critical cases could potentially be another indicator of true cases because:

Reported fatalities is currently 5.4%, or about 8 times higher than expected IFR. This is due to underreporting of actual cases.

For example, some countries tested 0.48% of the population, and of these 5% were tested positive (250 people per million, whereas the requirement for an epidemic, according to WHO is 100 sick people per 100,000).

“We can assume that primarily sick people were tested positive, but also some without symptoms. If theoretically these countries tested another 2% of the population (4x more than already tested), and 1.5% (30% of current intensity) of those were positive, total number of infected people would grow by 300 per million to 550 per million. IFR would then be 2788/(550*748) = 0.68%, i.e. close to our assumed true IFR.”

Additionally, there were, and still are, several scenarios for the pandemic, with their respective results on the economy and the moral of the general population.

Naturally, the most economically viable course of action would be for a country (or all countries together) to do nothing, the relatively low actual mortality rate would put some strain on healthcare systems, but still, demand of oil and other commodities would remain relatively high, some loved ones will pass, but what are a few lives for the good of capitalism.

The three general options of coping with the COVID-19 pandemic are presented below, and it is very apparent which course of action the countries in Europe have chosen.

The “very sudden market collapse” is likely meant in a manner that a drop in prices, margins, profits and so on would be very sudden and sharp, but then a normalization would follow, at lower, re-evaluated growth. And, as it can be seen, many (if not all) of the European countries are attempting a sort of double-sided approach, focused on both managing the virus and effective prevention.

The market collapse, however, wouldn’t effectively be “short term” since it will not return to its high levels prior to 2020 anytime soon. The “negative moral impact” means that, the propagation of the COVID-19 hype in media would mean that any government, or large business, that undertakes no actions to curb the spread of the deadly diseases is faced with a very real threat of being sent into oblivion. This is also seen from various celebrities who are churning out content, calling for people to stay home, and so on. Any action to the contrary currently has no hope of public approval (or at least very limited such approval that, in the long and even short term would lead to no benefit to the government or business).

Now, economically GDPs are going to shrink, there is no avoiding it at this part, the question is by how much. Global oil demand growth is strongly related to GDP growth. The relationship is given by oil demand intensity, which gradually decreases with improved fuel efficiency and – going forward – electric vehicle market penetration. The correlation is not fully linear due to demand elasticities.

“Our research indicates that pre-virus global oil demand in 2020 would be flat if GDP growth was to slow down to 2% (IMF: “global recession”), while oil demand growth would be 1 million bpd if global GDP was to expand by 3%. However, based on the latest reporting on the spread of Covid-19 and the state of the stock markets, some macro analysts now see global GDP contracting.”

Thus, it is expected that a contraction of 4 million barrels per day in oil demand is possible in the current scenario.

“We now estimate that oil demand destruction in April could amount to 27 million barrels per day, of which nearly 5 million barrels per day will come from the three largest consumers; China, Japan and India. As a result we caution that the world may run out of storage capacity, causing refineries to shut-in and crude oil prices to reach extreme lows. With the very low oil prices expected in 2020, and high prices expected in 2022, oil companies might see a business case to close down fields today and reopen in 2022.”

And, now, to return to the OPEC+ deal, to reduce production by 10 million barrels per day in May and June would be too little too late, it is, also questionable if it would have been effective if it happened on March 6th, as well.

The deal was essentially stillborn, if the forecast of a 27-million-barrel oil demand destruction, the deal is approximately 3 times too little for it to cope, simply because there’s not enough storage capacity.

And the deal led to some increase in price, but this is simply a short-term effect and it is unlikely that it would last, or there would be a significant increase, rather, even still a decrease is expected.

Currently, Saudi Arabia aside (since a massive decrease in demand would lead the Kingdom possibly to near-bankrupt), Russia is the one most under threat of economic turmoil due to the situation.

For Russia, reducing production will require well conservation, which is associated with high costs. For example, in 2019, 7,861 new wells were commissioned in Russia, of which only 6% fell to the share of fountain wells (510 units), the operation of which is not as expensive as the wells for which sucker rod and centrifugal pumps are used (91% of the wells commissioned last year, 7,150 units).

But, for example, in March, Lukoil announced its intention to cut costs by $ 1.5 billion, i.e. 19% compared to 2019’s capital expenditures.

At the same time, Norway did not join the agreement, which participated in the negotiations only as an observer and which, according to OPEC forecast, this year will increase production by 300,000 bps (up to 2.04 million bps). Despite OPEC calls, the United States did not coordinate production cuts.

According to Wood Mackenzie, with an average annual Brent price of $ 35 per barrel (versus $ 64 in 2019, according to the World Bank), production capacities of 4 million bpd will become unprofitable, and with a price of $ 25, the volume of lost production will increase to 10 million bpd.

The US is currently trying to benefit from this, as it will likely not reduce anything, despite US President Donald Trump saying that he would cooperate with Saudi Arabia and Russia, and praised the deal.

The other party that benefits much from this is China – as it is already, more or less, free of the COVID-19 it can begin importing cheap crude oil and fuel its recovery and further growth.

Reduced oil production could reach 20 million barrels per day by early June (compared with the announced 9.7 million), taking into account possible reductions in countries such as Brazil and Norway, as well as natural decline in production in the US and Canada, S&P Global Platts reported.

Energy Intelligence analysts add that even after a decline in production, global oil reserves in storage will increase this year by 730 million barrels and exceed the record of last August by 8%. The cuts are aimed at restraining further overstocking of the market, Energy Intelligence notes, predicting that oil prices will remain in the range of $30–40 in the next few months.

It also should be noted that while Canada formally welcomed the OPEC+ deal, it did not formally agree to a curtailment policy. Canada is the world’s fourth-largest oil producer. In February, its output was some 4.9 million barrels per day.

This paints a very clear picture of how the COVID-19 pandemic is heavily exploited for a purely economic purpose, and to pressure certain countries, who’s using the situation comes down to speculation (and possibly conspiracy theories).

At the same time, Russia, with its overly-conservative measures, supposed mistakes in estimating the situation, as well as unclarity in applying the decided measures is undermining itself, with public support for the leadership fading away.

Go look at the close cases numbers. That is the real mortality rate.

COVID-19 as a Weapon. The Crushing of the Disposable Working Class – by Design

An important distinction concerns the question of whether people die with or indeed from coronaviruses. Autopsies show that in many cases the previous illnesses were an important or decisive factor, but the official figures usually do not reflect this. 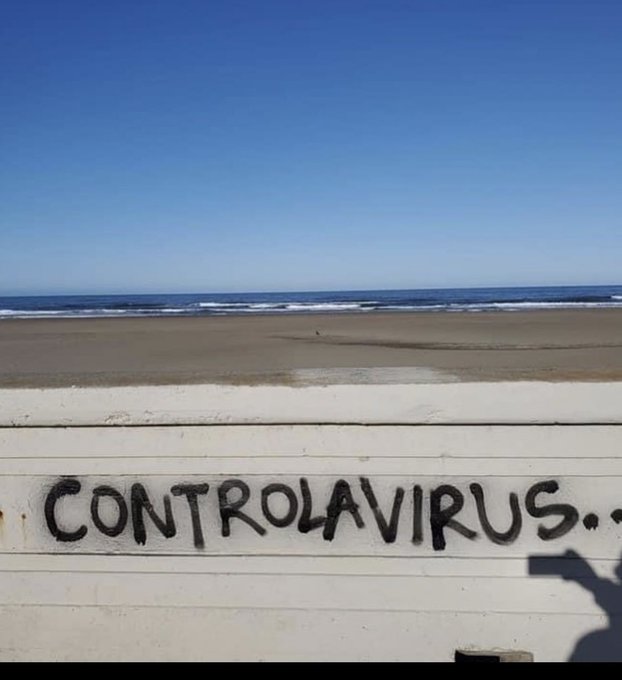 Western Countries have all been infected by Covid hysteria. The pattern of hysteria is basically uniform across these nations.

It is true to say that Western nations are critical of any honest debate about anything these days and these nations have demonstrated a callous ignorance of the victims of all their Wars of Choice for many hundreds of years.

Western nations have also been willing to murder each others soldiery and civilians in petty squabbles of the ruling elite’s. Far greater in numbers that the latest infection excuse to spy on everyone.