Compiled and analyzed by J.Hawk exclusively for SouthFront

This week’s most interesting developments concern international cooperation. King Abdallah II’s visit to MAKS-2015 demonstrates, aside from the failure of US efforts to isolate Russia, the possibility of Russia drawing Jordan over to its point of view concerning the security of the Middle East. With wars waging on its periphery, Jordan’s leadership can hardly be thrilled with the US efforts so far in that region. The visit by the submarine Novorossiysk to the Spanish naval base of Ceuta likewise exploits the tension between the US-UK “co-empire” and, well, The Rest of the World.

Other news of the week reveal the nature of the current military concerns and priorities. The most likely threat scenario remains a conventional threat somewhere on Russia’s borders threatening to escalate all the way to a nuclear exchange (as the most recent RVSN exercise suggests). Where that emergency might originate (Ukraine? Georgia? The Arctic?) remains to be seen… 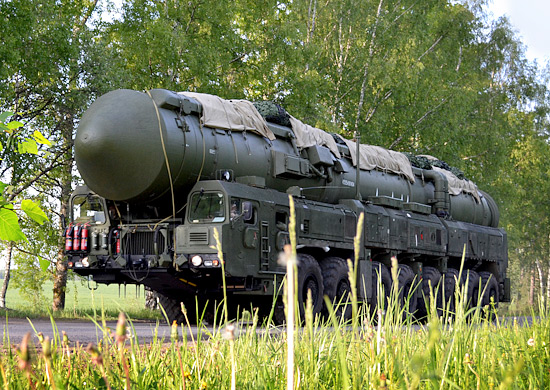 The exercise was intended to test the ESVOP, or the Unified WMD Attack Identification and Assessment System whose purpose is to monitor and ameliorate enemy WMD strikes against Russian targets. Participants in the exercise included 1200 troops with 200 pieces of equipment. It was the largest exercise of this sort in years. The order to implement English-speaking Wednesdays at the VDV Academy was issued by the VDV Commander General Vladimir Shamanov, in order to improve the level of language proficiency among its officers in the most likely “target language.”

Each motorized rifle brigade is to establish a special battalion task force capable of immediate deployment. This development is no doubt the outcome of lessons drawn from the conflict in East Ukraine, where the danger of the fighting spilling onto Russian soil forced the Russian military to quickly increase its military presence in the border area. These battalions are to be predominantly staffed by contract soldiers.  The standard operating procedures for such task forces are only being established, with Major Yuriy Kotyonok, assigned to a motorized rifle brigade based near Yekaterinburg, being one of the officers aimed at formalizing a practice that has been used by the Russian military since the First Chechen War.

Two additional regiments will be delivered by the end of 2015.

Codenamed Obzor-1, this UAV is part of a classified Russian federal program aimed at bolstering Russian UAV capabilities. The Obzor-1 is intended to have a flight ceiling of above 10km and endurance of at least 24 hours. 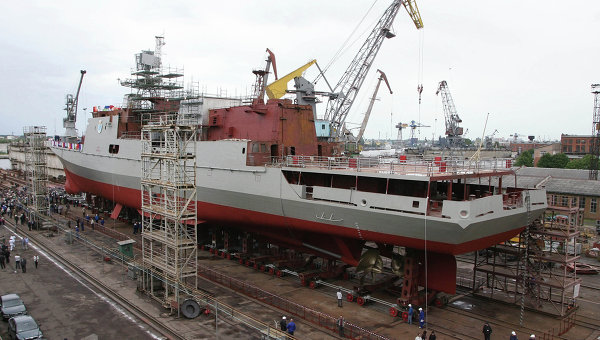 Location: Kaliningrad.
This is the third of six planned Project 1135.6 frigates being built for the Russian Navy. All six are intended for the Black Sea Fleet, and the Admiral Makarov is expected to enter service in 2016.
9. Lider-class nuclear-powered destroyer project

Location: St. Petersburg
The 18,000-ton Lider-class destroyer which is being designed for the Russian Navy will be the successor to the Kirov-class nuclear-powered cruisers that are undergoing renovation and rearmament.  Like the Kirovs, the Liders will carry a combination of long-range anti-ship and anti-air systems, as well as anti-submarine and short-range self-defense systems. The nuclear powerplant indicates an intent to operate for extended periods of time without reliance on a cumbersome “fleet train” of resupply ships.
International Cooperation
10. Egypt orders Ka-52 helicopters 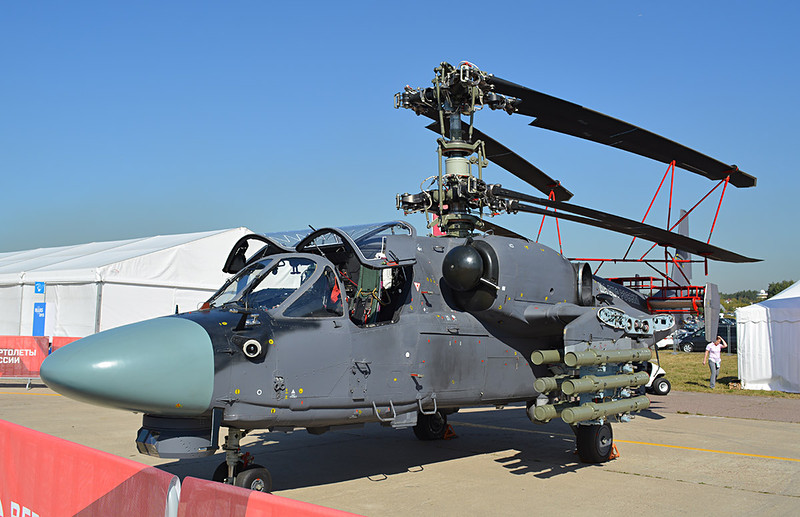 Location: Moscow
No information on the number of helicopters, terms of delivery, or the cost of the contract has been released yet.
11. Submarine Novorossiysk visits Ceuta, angers Great Britain 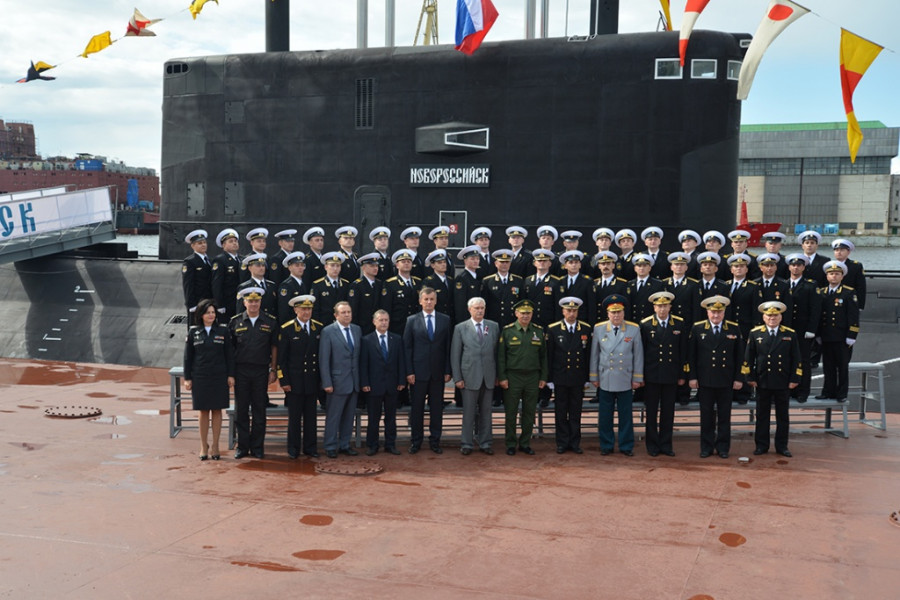 Location: Ceuta, Spain
Ceuta is located within only 25km of the Gibraltar which is the subject of a territorial dispute between Spain and Great Britain. The Russian submarine’s presence so close to this major military base was apparently interpreted as Russia’s siding with Spain on the matter of Gibraltar dispute.
12. Jordan’s King Abdallah II at MAKS-2015 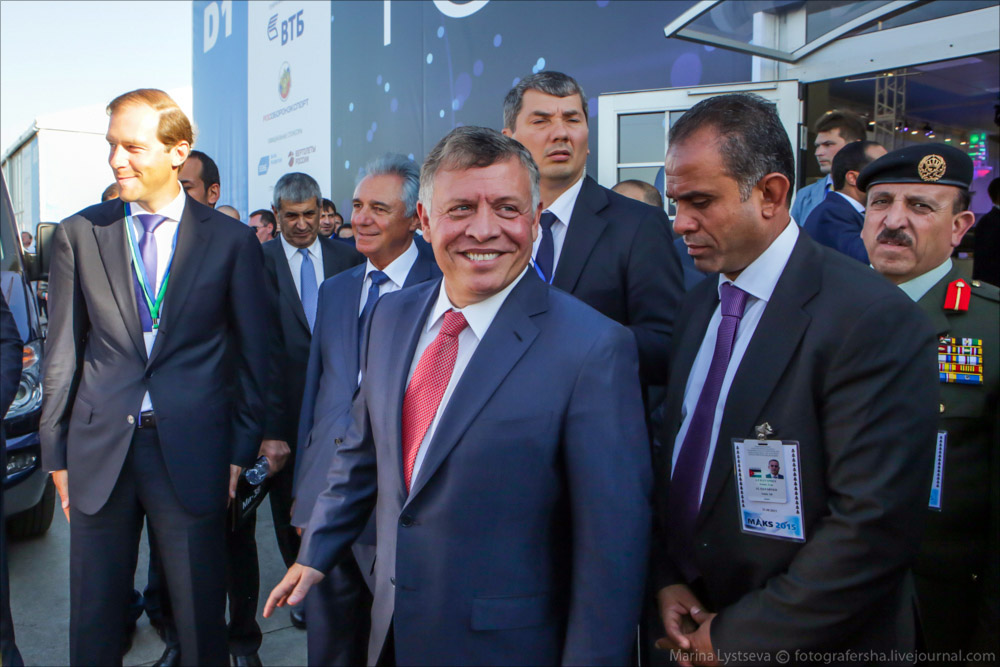 Location: Moscow
It is not known what Abdallah II was doing at MAKS. It has been announced that Jordan signed a contract for the delivery of airdrop platforms for parachuting heavy equipment, however, Abdallah’s presence suggests he was interested in rather more than that!