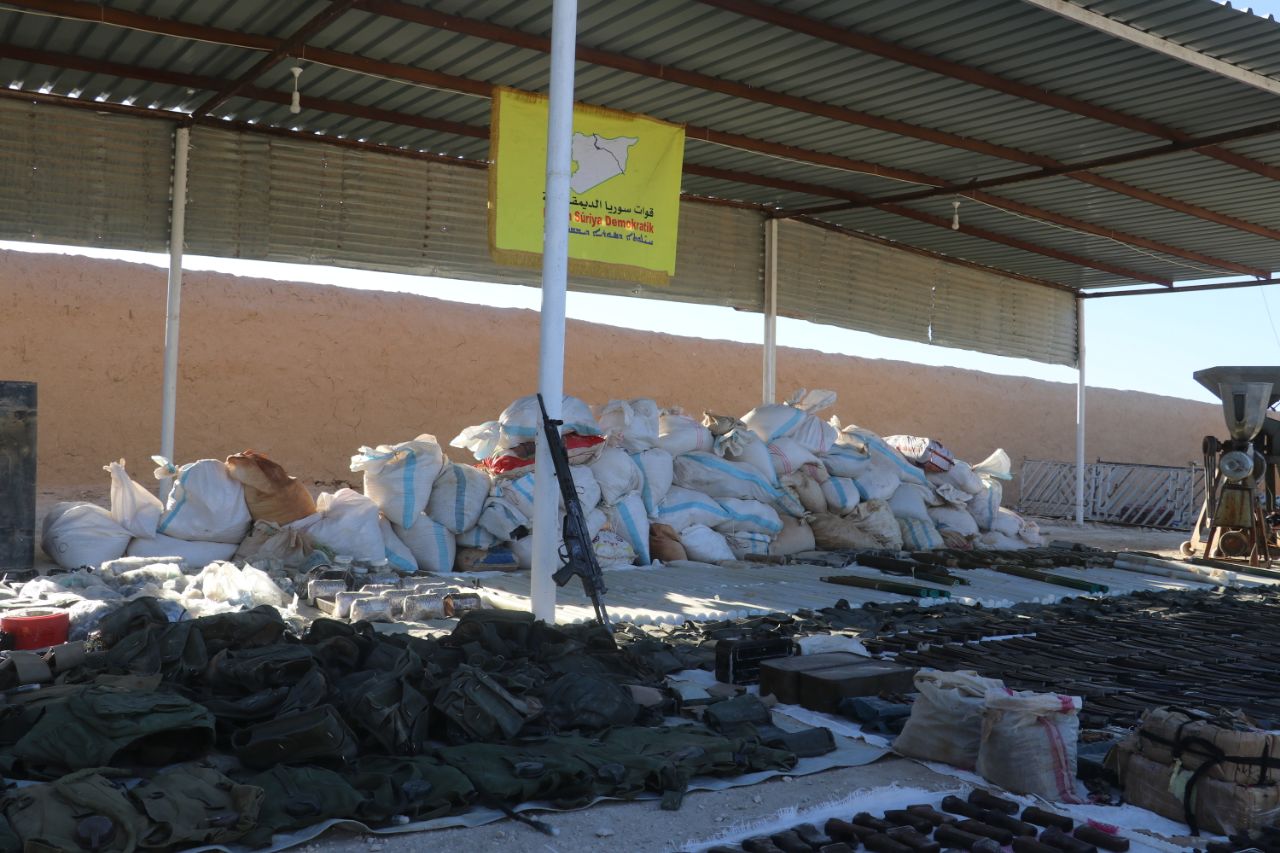 On September 28, the US-backed Syrian Democratic Forces (SDF) announced that it had uncovered a large weapons cache of ISIS cells near the notorious al-Hawl camp in Syria’s northeastern region.

The weapons cache was located in the village of Al-Qairouan, just a few kilometers away from the al-Hawl in the eastern countryside al-Hasakah.

In the cache, SDF units and security forces, Asayish, found dozens of assault rifles and rocket-propelled grenades as well as a number of improvised explosive devices, some of which were equipped with remote-controlled detonators, and loads of explosive materials.

The SDF said in a statement that the cache was uncovered thanks to operation obtained from ISIS members who were arrested during the recent security-humanitarian operation in al-Hawl. According to the group, ISIS cells were planning to use the weapons in a large attack on the camp, where thousands of their comrades and relatives are being held.

Last week, the US Central Command announced that the SDF foiled an attack by ISIS on al-Hawl camp. SDF fighters engaged the terrorists, who were moving in booby-trapped cars and wearing explosive belts, near Um Fakik village. Four terrorists were killed, while another was captured by the group.

The recent developments indicate that ISIS is planning to attack al-Hawl camp, possibly to free its members and wreak havoc all over the eastern al-Hasakah countryside.

In January, the terrorist group’s cells were able to seize the al-Hasakah prison in a surprise attack. The SDF clashed with the terrorists for ten days in a battel that claimed the lives of more than 300 people, including civilians. Some of the terrorists who escaped during the attack are yet to be recaptured.

The US taking back that which they supplied to ISIS some time ago.

The US forces are going to diddly squat for Syria, and neither is the SDF who are recognised as a terrorist threat by Damascus.

Yes, and as usual the US is training and funding all the terrorists and the SDF rebels. The US military and CIA of course are illegally in Syria and looting Syrian oil.

Anyone might easily think that the US is a terrorist state.