On July 11, US President Donald Trump nominated David Hale to be undersecretary of state for political affairs – the third highest ranking position at the State Department.

His nomination is still needed to be confirmed by the Senate foreign relations committee.

At this very moment, acting undersecretary of state for political affairs is Stephen Mull. In contrary to Hale, Mull spent his previous years in Poland (2012-2015) and Lithuania (2003-2006).

The nomination of Hale signs that the situation in the Middle East becomes one of the key factros in the US foreign policy. It also took place ahead of an announced meeting between President Trump and his Russian counterpart Vladimir Putin.

Despite this, the US official rhetorics toward the Russian role in Europe remains not very friendly.

On July 11, Trump said that Russia uses gas supplies to control Germany and criticized NATO member states that approved the construction of the Nord Stream 2 gas pipeline from Russia to Europe.

“Germany is captive of Russia because it is getting so much of its energy from Russia. They pay billions of dollars to Russia and we have to defend them against Russia,” Trump said at a breakfast with NATO chief Jens Stoltenberg.

Trump’s remarks are caused by Germany’s decision to ignore the US pressure and to approve the Nord Stream 2 construction project.

Oil and gas are not only use in energy sector but it is use heavily in industrial sector. Thousands of different domestic and industrial products produce from oil and gas.

The fabrics cloths, plastics, fertilizers, domestic and industrial equipments etc. without oil and gas the world cannot run. The oil and gas resources of Saudi Arabia, Iran, Iraq etc will soon dry and for their future generations there will be nothing left to use in their industries to produce different products from oil and gas.

Thank you admin of Southfront.com

“Germany is captive of Russia because it is getting so much of its energy from Russia. They pay billions of dollars to Russia and we have to defend them against Russia”

Because, they should instead pay trillions of dollars for energy from the US, which being the pinnacle of democracy, and not a country that has an history of destroying entire peoples to take their oil, would not “hold them captive?”

Perhaps Trump should start talking about “Stockholm Syndrome” in regards, as it seems that Germany and western Europe countries aren’t all that interested in US LNG.

Haha. How true. Trust us Europe because we are the Whitehats and Russia are the Blackhats!

the question is, do these people really talk in this way among themselves, when the cameras are off? imo they don’t, but i won’t be surprised at anything.

IGNORE Chump, he is a total t0sser, even though I wanted him to get in and had high expectations – all irradiated now.

Terra Cotta Woolpuller
Reply to  You can call me Al

You are wrong about Trump he is a Tosser 2.0 where as Obama was No.1 Tosser in a pot, so this version could be more but would prefer less TBH.

You can call me Al
Reply to  Terra Cotta Woolpuller

expectations on US presidents are void of any sense.

this is how the US democracy works:

the people is allowed to elect a president to exercise executive power, but defacto that power does not exist, because is 100% controlled by financial power.

it should be clear by a long time that “the people” is completely cut off from any form of “the power”, and what “happens”, is just a parallel pantomime made to conceal from the public what “really happens”.

the US has sold everything good and just it had, for a vulgar amount of money. If its people won’t take back those good and just things, and force them on their leaders, real and imaginary, the US will be destroyed, not only in essence, like it is today, but also in form.

But, but, he was different – 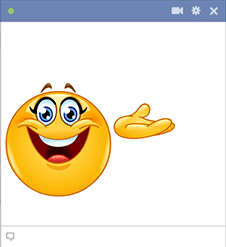 yet he beaten killary, which enraged the jews.

that can’t be a bad thing.

My answer for the whole of today.

Obviously Trump and his minions are uninformed: USSR ceased its’ existence 27 years ago and East Germany has rejoined with Germany and nearly all of the states that were under USSR control have been released and have their own sovereignty. It is also as plain as day that Russia doesn’t want any of the ex-states.

In this era the most poorist countries are the richest countries in the world by their natural resources because there are gold, diamond, Uranium etc. deposits but still the nations in these countries have lack of basic facilities. They have no enough food, no clean water, no hospitals, no enough medicines and no enough schools.

I’m just appreciating that a career diplomat got the job and it wasn’t given to some dingbat for political reasons.

They are all career dingbats according to Archie Bunker and then some.