Something strange has been happening in northeastern Syria in the recent weeks.

On November 2, the Syrian Arab Army (SAA) seized the abandoned Turkish Observation point near the town of Morek in Greater Idlib. Turkish troops withdrew from this post, which was surrounded by the SAA during its advance in the region earlier this year, a few days ago.

The withdrawal of Turkish troops took place amid the increased number of strikes by unidentified aircraft on Turkish-backed  militant groups’ forces and facilities, including prominent commanders in the region. Furthermore, the Turkish-controlled oil trafficking business in northern Aleppo is also passing through hard times.

On November 2, an explosion targeted fuel cisterns near the Turkish-controlled town of al-Bab. The reason behind the incident remains unknown, but it became the most recent in a series of similar incidents. About a week earlier, on October 23, pinpoint strikes targeted two fuel storage facilities operated by illegal traffickers to the south of the Turkish-occupied town of Jarabulus.

It seems that somebody is sending messages to Turkey and its proxies and they probably understand them.

Meanwhile, in other regions of Syria:

iran agreed to give jews/turks a free hand on their northern frontier in artsakh in exchange for killing turk/jew backed rats in syria. it is all chess and they are all amateur.

A minmum for that ahoud be at least one link. Are You connected to the world there at at alll ? 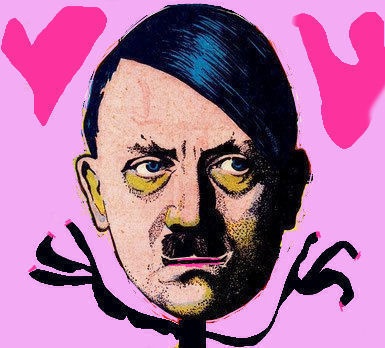 Think more than anything else it is about “The war economy” which the americans quite deliberately add plenty of fuel to the fire !

Jimmy Carter ? Not long ago, said how the US apart from a short period of time in history , is always at war with ‘someone’.

With the US such a diminished power & not even RESPECTED in so many countries ?

The need for CHANGE is obvious……….

Thats because war is a business,they don’t make billions they make trillions.

Hahahah.ROFL! Someone is absolutely desparate for a nonsense headline just for click-baits ”SAA capture Turkisk post in Morek amid wave of explosions”

No wonder you have sheep reading your click-bait stuff.

Turkey abandoned that specific Obversation post because it didn’t need it anymore and the drones are not even SAA or Russians as per sources which is a separate case that happened few days ago but way to go editor-writer you managed somehow to link the headlines together of two separate things apart days ago into one elusive clickbait headline. You are re-circlating nonsense just to get clicks

You also read it, dear sheep :)) go getting paid by your master now :)) the bastard jews the turkish rat or the yankiees I don’t know

Its not about getting paid or not but about the reasons for Turks has made those changes. Its easier to take an abandonned position too and to him, me and others not to be hooligans like You but see what happens for real.

Ypu make the deep state Yourself denying a filter for, what going on or not. I even see several here fist make lies and then even blame them for lying.

The only cpnclusion is YOU KNOW NOTHING.

… and even worse, You act and think from facts which are not there.

Go back to the new york times, were intellectual troglodytes like you hang out.

He is correct. Dont go back to new york times and spoil what has been about it here at SF and other sites too.

Iread it for close to that too. We do mix two kinds of soup here and sometimes gets a good meal, but often its bad unless You are starving very much.

“Iread it for close to that too”…lol, what language are you speaking Jens?!…

Ofcourse they didn’t find the base useful anymore since it was surrended by SAA. The base became worthless to the turks. Same thing will happen to all so called turdish “observation points” when the entire syrian teritory will become free of any invaders and all turdish military bases will become just some pathetic bird watching points…

Matthew
Reply to  Assad must stay

Dont worry, the SAA will recreate those large victories, just give him time.