On August 11, the Syrian Arab Army (SAA) and local fighters captured 15 areas in the northern and northeastern al-Suwyada countryside following heavy clashes with ISIS fighters, according to the Hezbollah media wing in Syria.

Few hours earlier, the SAA captured the areas of the hill of al-Alam, the al-Zuluf dam, the old citadel, the hills of al-Qantara, Suh al-Na’ma and the area of al-Kar’a.

The ISIS-linked news agency Amaq has not released any report regarding the ongoing battles in northern al-Suwayda so far. Usually this means that the remaining fighters of the terrorist group are retreating.

The SAA will likely secure more areas in northern al-Suwayda over the upcoming hours as the remaining ISIS defenses appear to be collapsing rapidly.

They should say recaptured because that region was supposedly under SAA control for quite some time.

The verb ‘liberate’ is actually THE precise word to use.

The SAA “liberated” that region some time ago and supposedly had troops stationed there to hold it. Were they withdrawn to take part of the Dara’a offensive only to have ISIS move back in? Daesh didn’t have to fight their way back in.

Surround Al-Tanf and watch the vermin coming back to their leaders -> then obviously eliminate them.

this time before you do the mobbing from corner to corner dont leave there. Half done jobs cost innocent human life.

Houthis every night targets military bases in Saudi arabia by its own ballestic missiles when the Saudi kingdom of evils the child butchers idiots two days ago bombed a school children bus in Sa’ada, Yemen, killed at least 51 people, including 40 school children.

My heart is coming out when I saw these crimes of fucking idiots wahabi shakhs. These dirty shakhs are occupying holly lands and also violating human rights. LOL. Now the idiots of UN will issue them Nobel prize that take it for your services that killing school children.

The al Safa Volcanic Field (black spot itself) is absolutely brutal terrain, mostly inaccessible by vehicles. Perfect hiding spot for head-choppers – you would have to go into the 20km diameter rocky field on foot and look through the millions of nooks, crannies and caves to root out ISIS – while trying to avoid being taken out by their snipers.

The map below was posted on a Defense-Arab.com forum in May of 2017 with a caption about Shia militias approaching at Tanf without U.S. opposition. A situation that obviously changed (they were opposed) soon after, but they did proceeded northwest to link up with other SAA allies. This (at the time) supposedly created a pocket surrounded by government-held territory. Yet head-choppers apparently kept moving just south of the same red line between the Tanf Head-chopper Safe Zone and Al Safa, and between al Safa – and the Jordanian border to the southeast.

Unfortunately, the remoteness and terrain in and around al Safa makes real ‘control’ all but impossible.You probably need thousands of troops to walk through the Al Safa Volcanic Field to search, clear and hold it from ISIS. Then you need thousands more to control the only slightly-less brutal terrain (and ISIS rat-lines) between it and at Tanf or Jordan. As long as the head-choppers have a few trucks, they can make supply runs and stage attacks from the al Safa area. And as long as their U.S./Arab/Israeli handlers feed them fresh intel, they can exploit any weak or undefended area for tens of kilometers around al Safa (they didn’t magically show up in the middle of the night at the Druze villages for their slaughter – someone told them that the SAA had left and hadn’t been replaced yet).

The SAA-allied forces are moving around al Safa retaking ISIS-held villages and the dam, but they’re never going to prevent ISIS from coming back. ISIS doesn’t really need them to survive – they’ll just come out of their al Safa field lairs again when government forces move on and retake whatever they want. As long as ISIS has some kind of communications and can still sneak into at Tanf or Jordan and back with a couple of trucks, they can remain in and around al Safa forever. There are supposedly a few thousand ISIS left in that supposed pocket now that don’t seem to be engaging with government forces.

It’s to where the SS takfiris are withrawing. some news say Safa is also fortified. After being conquered, surely is going to stay there a strong SAA detachment.

I don’t think anyone needs to fortify it, jorge. It’s something like 300 square kilometers of the picture below with dozens of ancient cinder cones.

The Druze are most directly threatened by ISIS hiding out in Safa, but they have refused Russia’s requests for them to join a planned SAA 5th Army unit for their region. This would also settle the situation of the local Druze with the Syrian government, which still requires military service from eligible men just like everyone else.

The CIA-supplied refusal to join was that they (as Sweida Druze) will only defend themselves if attacked, and will not leave their local area to fight al Qaeda/ISIS anywhere else in Syria, i.e., Idlib. I presume that means they would have no interest in protecting al Safa-area Syrians from ISIS because it’s not their turf. You can see how that turned out.

Note the U.S. also beat into the heads of their PYD lapdogs that the YPG should only defend their fellow Kurds on their own territory and refuse to protect anyone anywhere else in Syria. That kind of bit the US in the ass when the YPG did as told and refused to fight ISIS further down the Euphrates than Deir EzZor (except for the oilfield booty areas). CENTCOM ended up recruiting the Kurd’s al Qaeda prisoners for the job – and look how that has turned out so far. Now the US has to level ISIS-held villages to get head-chopper SDF to move in and claim the area. 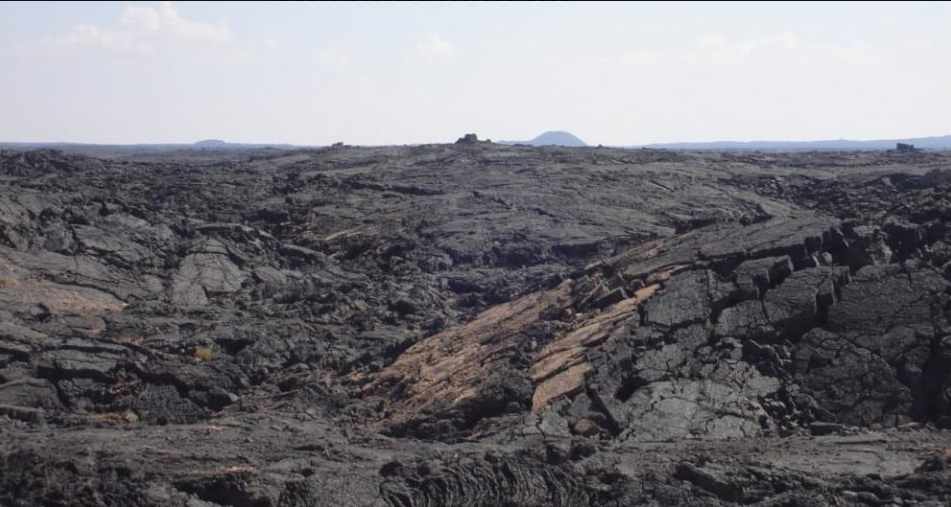 Yes, no need of build fortifications, it’s already a fortification by nature. If the field it’s almost like that, there’s one good thing, it’s more easy to detect mines and traps. Never the less, good to see where you put the feet, or take shelter during the fight.

This pix of Al Safa area proves your point.
Probably endless sand trails that only people on foot can get across. 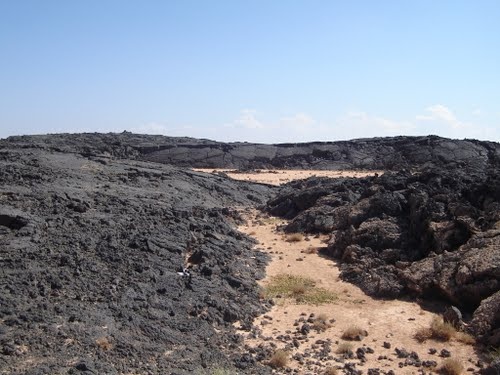 Maybe they should just build a wall around al Safa and confine all ISIS and al Qaeda there permanently. No food or water, but oh well… It looks like a regular Wahhabi paradise to me. I’m sure the real Allah would approve, and maybe even the evil one the Saudis worship.

And if we where lucky the volcano would become active again.
Allah’s will, Orcs return to Morder and be consumed in fire. :)

as
Reply to  Pave Way IV

They most likely have a short tunnel just to bypass tighter area. I think counter ambushes is the only way to completely or deal maximum damage to their numbers. Too bad most of Hezbollah unit have been sent home. They’re expert on that.

A perimeter observation “ring wall” might be set up, backed by cameras and electronic “alarms”. Even that would require a large number if men, and require at least a couple of months to set up.

Hmmm, so where do its denizens get their food and water?

Why do you not think it possible for ISIS to conduct their own reconnaissance? I don’t imagine it would be too difficult to observe when a convoy of SAA are leaving an area.

Some nice new Russian night vision equipment and a few smoke shells might help. It must be similar to house-to-house.

Hmmm… Considering how this is the weekends.
Here, This is what I think and what the truth is.
The Russians are extremly succesful on all fronts.
The Israelis have given some of that oil to Russia, this is why all of a sudden Putin is happy go lucky as of latelly.
I think, this, all of this is Much more interesting than even the best think.
Simple and Honest, Russia has done everything, Did everything to 90% secure the existence of Syrian Culture.
I think The Russians Saved Syrian Culture.
I shed a Tear when I say Roads being rebuilt a few months ago.

It is not simple or honest to claim Russia has done all the lifting in this struggle.

Les Nettoyeurs Syrien take the US head-chopping, heart-eating, rapers and slavers to the cleaners.