Taiwan is reported to have sent around 200 marines to the Pratas Islands, located in the South China Sea in an area claimed by both Taiwan and China. The move appears to be related to concerns that China is planning a major maritime military exercise later this month, which would include a simulated takeover of Taiwanese-controlled islets.

It is anticipated that the scheduled military exercises, to be carried out by the PLA’s Southern Theatre Command, would be on an unprecedented scale and would involve large numbers of marines, landing ships, hovercraft, and helicopters. There is a possibility that they will be joined by China’s aircraft carriers during an extended deployment on a course that would send them close to Taiwan’s shores, first revealed by a report by Kyodo news agency in Japan on 12 May, and subsequently confirmed by Chinese officials. In the same week the US Navy posted pictures of one of its warships sailing through the sensitive Taiwan Strait for the sixth time this year.

Taiwan News picked up the reports that China is planning on deploying two aircraft carriers in waters near Taiwan as part of its war games scheduled for August to rehearse for a future assault on the Taiwan-controlled Dongsha Islands.

News.com.au had reported that for the first time, both of China’s aircraft carriers, the Liaoning and Shandong, are being deployed together in Bohai Bay in the Yellow Sea to conduct combat readiness drills. The People’s Liberation Army Navy (PLAN) carriers were said to be engaged in the second week of an 11-week simulated military confrontation that would later extend into the South China Sea.

The South China Morning Post subsequently cited a military source as saying that an aircraft carrier strike group will pass through the Pratas Islands (Dongsha Islands) on its way to the exercise site to the southeast of Taiwan in the Philippine Sea.

The Pratas Islands, consisting of one island, two coral reefs, and two banks, is located about 445km (275 miles) from Taiwan’s southern port city of Kaohsiung and just over 300km from the Chinese mainland.

The area has been designated a national park because of its coral reefs and seagrass bed ecosystem and has no permanent civilian residents, only a coastguard garrison of roughly the same size as the detachment of marines sent to reinforce them. The island does not appear to have significant defensive positions, so the deployment is little more than a symbolic gesture.

Taiwan’s defence ministry declined to confirm the Kyodo report, but Chief of Joint Operations Lin Wen-huang emphasised in May that the military would continue to strengthen combat readiness and ensure proper preparations on Taiwan’s outlying islands, including the Pratas Islands and Taiping Island.

Taiping is the largest of the Spratly chain, where mainland China, the Philippines, Malaysia, Vietnam and Brunei all have competing claims.

On Tuesday Wang Ting-yu, a legislator from the governing Democratic Progressive Party in Taiwan, said some marines had already arrived on the Pratas Islands in June.

Wang, who sits on the foreign and defence committee, did not specify the size of this detachment but stressed they had all “received special training from the US and are capable of carrying out anti-landing and anti-parachute operations against the enemy”.

Wang said Taiwan normally only stationed coastguards instead of regular troops there to ease tensions in the South China Sea. He added that, “The US used to condemn Taiwan if we posted the military on the Pratas and Taiping,” and that Vietnam and other claimants would also complain. “But this time there has been no objection over our posting marines there because they all want to contain China’s military expansion in the region.” LINK

China has suspended official exchanges with Taiwan since Tsai Ing-wen of the independence-leaning DPP was elected president in 2016 and refused to accept the one-China principle. Meanwhile, in a move calculated to offend the Chinese government, earlier this week the US sent the highest official to visit Taiwan since Washington severed diplomatic relations with Taipei in 1979. The Financial Times said on Sunday that while US Secretary of Health and Human Services Alex Azar’s visit to Taiwan is a sign of Washington’s strategic shift, it could also put the island nation at greater risk given intensified pressure from China. LINK

Sorry Taiwan its too little too late hahahahaha

Will Taiwan be setting up a wooden aircraft carrier nearby ?
You know, just for added realism in the operation. :)

Its about avoiding entrence.

The Dongsha Atoll National Park and a Coast guard station. But who knows what lurks in the coral reefs around it, which have taken out quite a few ships. 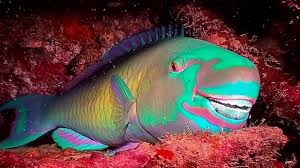 We will se haha

Taiwan must be a very crowded island.
Could you fit that many in Denmark?

Taiwan is very crowded. Most of their defence is home defence meter pr meter.

Oh yes, we could fit many more then the 23 millions they have(I looked it up) and the 5,5 into us.

A good thing for Denmark is almost all the land we have can be used for housing. We like most of them work, many are well educated and they also innovate and implement well.

For Greenland its very easy. Number one is to ask the inuits living there. We dont sell people. So they should agree. If the would like to, we have to debate that.

You have to look at the past Denmark/Norway was the mainpart of a Northern poor Empire. Here Greenland, Iceland, Faroe Island, JanMeyen, Svalbard and Bjørnøyn was a unification. By that we wasnt far from each other.

Denmark Invented Windpower, so we dont need their very good source. In periods it today covers 100% of all electricity. We export electricity and when there is no wind, we import electricity made by others and not wind.

We makes solarcell farms too, but there we are behind scheduled.

And we still build out because most cars soon has to use electricity by batteries as a part of the EU decissions for energy and hot water.

Can your battery car make it up it up to 8000 feet before my V6?
It was a great hike. Took a nap under a pine and only heard the wind in the trees. broken by the sound of a woodpecker far away. Good times :) 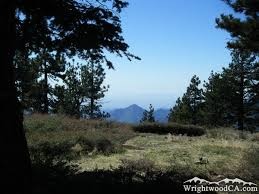 Nice to have a V6. My hopes for future cars on batteries are long range and not much pr kilometer.

I dont know bigger cars well. Nearbye there are 2 old Dodges and one is named “thirsty”.

Its nice to be somewhere else now and then. We dont have mountains here but a lot of very different coastlines. Its nice with a silent night now and then. Our TV has told us we should be stargazers and look north before the moon arise. There we will see the Perseides flashing. If You want to amuse Yourself, You can say its fallen in flames Ayatollas:)

Eh … colonize and claim. In this case, Taiwan got there first and has already built an airport. The Peoples Republic isn’t going to have a fit unless over a few hundred marines. I’d respect Taiwan more if they sent the marines to take the Senaku Diaoyu Islands back from Imperial Japan. The Peoples Republic would give the a high five for doing that.

Damn Chinese bastards, worse than the USSR has ever been. Time to sanction their government officials and their major companies, first HK, then India and now Taiwan. I hope we send Taiwan some of our best tech against the Chinese monster, they have done the same with Iran.

You are a bastard too for all I care.

My turn? well will you be there too? say yes.

There is where? I may or maybe not depending on geographical location. So where is your there little one?

I been there for the better part of my life never seen your likes to be there puss.

Then come and show what you’re worth, motherfucker.

on the battlefield V most likely 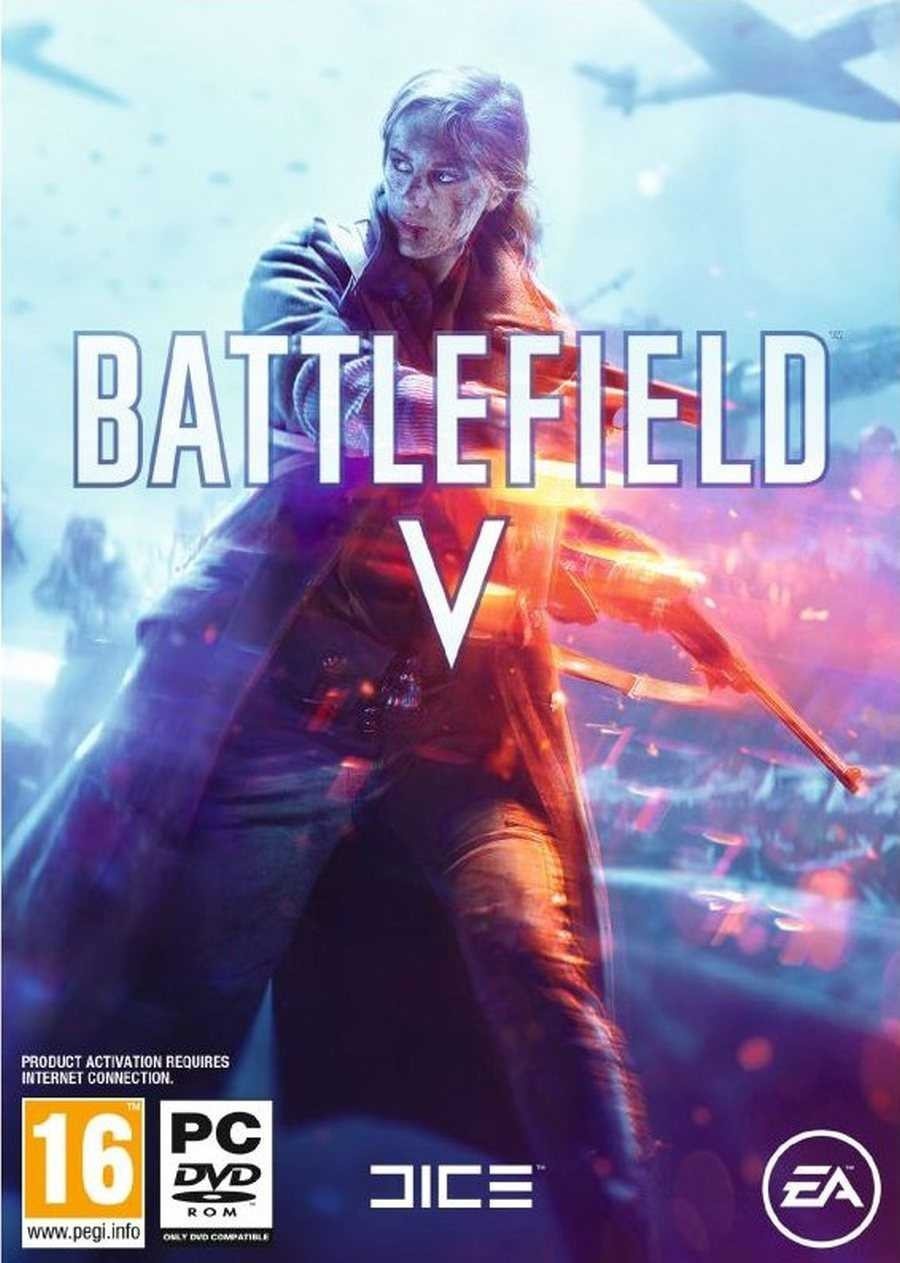 That’s the reason that Lewis character (fake hebrew) is buying all that land in the Chilean/Argentinian Patagonia region. It’s a bug-out place for the elitists in occupied Palestine. The debt donkeys left to guard the fort will be dead men walking, cannon fodder.

yes I am aware of that. But then no corner on earth will hide them when the show down begins.

“Chinese monster” so wtf are you then, demons from hell? HK and Taiwan are chinese. Golan and Jerusalem are not israeli. But then you are not israeli either, probably some fat 7 y.old murican imbecile from Kentucky, spamming bullshit and desperately seeking attention.

Only in your twisted head.

There is nothing in your ‘twisted head’ (*mind) but cow dung.

The SCS reminds me of the Middle East where certain “factions” are spread all over the place. What a huge mess that place have become.