The Afghanistan Resistance’s last and only stronghold was “conquered” by the Taliban.

Initially Taliban plans were to peacefully take Panjshir and quell the resistance through negotiation, but that failed. After a series of clashes Islamic group took control of the last area that it hadn’t captured yet.

The leaders of the resistance have not been detained nor killed, and they claim that the fight will continue.

Regardless, the Taliban announced an acting government and are moving forward with the creation of an Islamic Emirate.

The members of the government were expected for a while, albeit with a bit of a shuffle of their positions. The cabinet shows that the Taliban truly believe that individuals who were blacklisted by the US, UN and others can introduce an adequate, reformed governance.

Another potential explanation is that the Islamist group is so confident in its own capability that they are acting to spite the US, UN and EU, and to gather more Muslim supporters through their impunity.

Several members of the new interim cabinet were announced. The head will be Mohammad Hasan Akhund, a former leader of the group’s chief council, formed in Pakistan by Taliban leaders after the United States’ invasion in 2001.

Between 1996-2001 he was foreign minister and then deputy prime minister in the Taliban regime. Mullah Akhund is a close associate and adviser of the Taliban’s very first leader and is included in a UN sanctions list.

Abdul Ghani Baradar, expected by many to be Afghanistan’s leader, will be Deputy Prime Minister. He was the Taliban’s political office head.

The interior minister position is assumed by Sirajuddin Haqqani, son of the founder of the Haqqani network. The network is one of the most brutal branches of the Taliban and Haqqani has a leading position of the FBI’s most-wanted list for terrorism.

Acting Defence Minister is Mullah Mohammad Yaqoob. He is the son of the Taliban founder, and was in charge of Taliban military operations since 2020.

Acting head of intelligence is Abdul Haq Wasik. A Guantanamo Bay prisoner for 12 years, who was exchanged for US servicemen captured by Haqqani militants.

During official conference, chief spokesperson of the Taliban Zabihullah Mujahid named 33 members of “the new Islamic government”. He added that the remaining posts will be announced after careful deliberation, repeating that this was not final.

That doesn’t mean that there will be elections, but likely the Taliban will try to draft people from other ethnic groups, as most of the government is Pashtun.

Meanwhile, discontent is spreading in Kabul. Hundreds of citizens marched in provincial capitals, including the capital Kabul, where people gathered in front of the Pakistan embassy, protesting against Pakistan’s involvement in Afghan affairs. Many of the protesters were women who held banners calling for a balanced government that includes Afghanistan’s women.

According to the footage from the spot, the crowd managed to break through the armed cordon and enter the embassy’s territory.

The protests were not violently quelled, and the Taliban shot in the air to disperse the crowd. This, however, doesn’t mean a new page has been turned and the Islamist group has decided to allow freedom of speech and expression. Some journalists were prevented from filming the protest, many of them claimed that they had been beaten and their gear had been taken away.

Perceived? Suicide bombing civilians for not adhering to conservative Islam is only perceived violence? Gtfo of here.

lol……good one…..lol…..only a matter of time these underwear sniffing illiterates start killing each other. They are all tribal people and easily bought and sold……we’ve been constantly witnessing this for the last 40 odd years. They don’t got a future and neither does pakistan for that matter. Good luck to both those failed states.

And you think the US has a future?

Brah, Pakistan per capita is $1100. Afghani less than $250 as of today……here you living in Manchester UK, trying to compare the unsalvageable with the thriving?…..get real no?

It has a future, whether it will be a good future is uncertain. It doesn’t look good. African immigrants are followers of the Santeria religion, their sacrificial killing of animals is endangering the supply of drinking water for the city of Atlanta, Georgia.

Mystery of headless goats being dumped in river by voodoo-style cult
https://youtu.be/_4yuDUfLuRQ 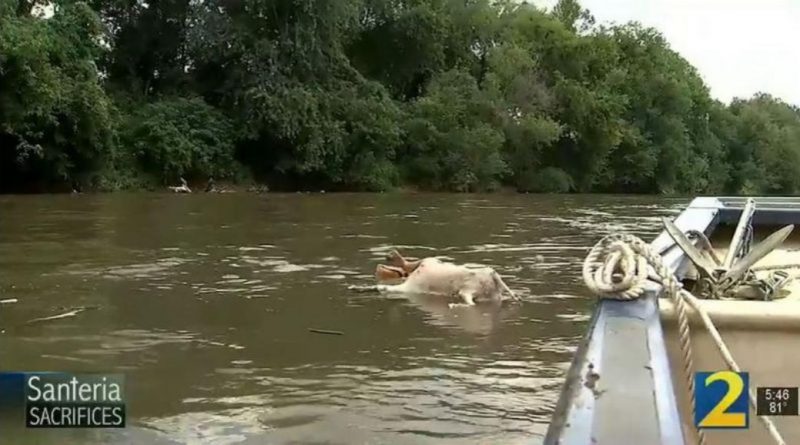 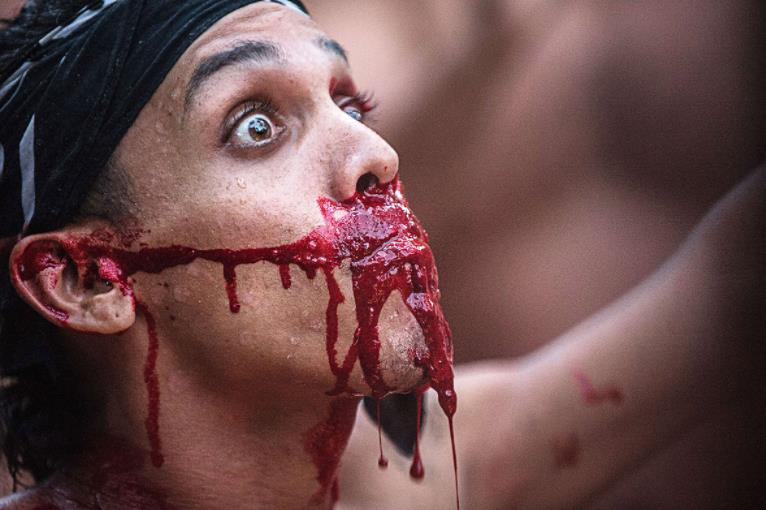 Or, more realistically, they’re raking it easy on the repression until the world moves on to something else. They don’t want to provoke another foreign intervention at this point.

US & EU are Zion slaves
Reply to  walyawula Nelson

They suck Osama the goat fuker right after they got in power, the fuk is wrong with u?
More backward Sunnis attacking Pak as well, fuk’em but still.

No worries, Afghanistan is safe and free today, the Islamic State is exactly what the Afghans wanted.

Ah yes like the rest of the Muslim world, women are happy to be second class citizens, don’t worry the men in charge said so.

Women have no place in authoritive governance. And if you had a proper government it would not make a difference to them.

US & EU are Zion slaves
Reply to  Allah bless Afghanistan

That’s what a backward Daesh would say, like you.

Only one thing awaits the taleban and Daesh scum… death, death at every corner, death will come to the talib filth and the Daesh scum.

How about Islamic republic in iran bro?! Die is good but just for neighbors?!

Iran refuses to touch these savages in Afghanistan with a 10′ pole.

I agree with Ahson on Iran but not on the name calling of “savages,” To label all or most as savages is racist and most ignorant. The Whiteman who also called the Natives Americans savages did a genocide of over 80 million. Now who are the savages?

Farbat, don’t get mad at me for speaking the truth. Befarhang, be Adab, loch, chaghu kesh can’t be civilized. You know what kind of crimes afghani have done in Iran.

I think you are correct on this one except on the term “savages.”

just shut up you are stupid and most probably an imposter

Yes as the author implies, the taliban should embrace liberal western values. The first thing they need to begin, and is absolutely necessary, is to remove any god from their government because western democracy is based on godlessness. So much so that the U.S. specifically bans God’s influence by the First Amendment to it’s constitution. Then they can be a faggot laden country who follows the Beast too.

“Congress shall make no law respecting an establishment of religion, or prohibiting the free exercise thereof”

How did you get “banning God’s influence” from that?

Can’t you understand what you just wrote???!!!

Any law, or opposition to a law, based on religion(aka God) is forbidden because to allow religious(aka Godly) doctrine as as a basis for or against a law would be respecting religion.

And there is no freedom of religion under a godless government.

America is built on godless lies that makes the whims of men the ultimate authority and ensures societal degeneration by forbidding God’s moral authority.

but fukking bitch you yourself live in da west no?……motherfucker monafigh. Fukk you!

The USA is 70% Christian, but religion is a private matter and shouldn’t be the basis of public policy. The Founder were, rightly, wary of the Church as a tool for repression, as they were of the military, strong government, and central banking. State religion helped fuel centuries of blood warfare on the Continent and drove millions of Europeans across. Why the actual fuck would we want to bring it here?

Instead the government has become the tool of oppression.

Your whole argument is flawed because of our indictrination from birth. It’s hard to break away from.

If 70% of America is Christian then why is it in the demonic antigod shape it is in, being it’s a democracy? Answer, the. Constitution.

Yes the socalled founders were wary to the point that they threw God out completely. Now we are seeing the full fruit of the godless counrty they created. They were false Christian idiots.

It’s all a lie and convoluted. People are not born equal. Democracy doesn’t mean freedom. We are NOT a Christian nation. We do NOT have freedom of religion.
We don’t have due process. IT GOES ON AND ON.

The founders designed a godless government and those who praise it are not Christian either.

Just like all those supposed Christians who support the Jewish state of Israel, Jews who by scriptural definition are antichrist.

If you call yourself Christian then do what Christ said. Judge the tree by it’s fruit.

is that why you live in da west motherfucker pakestani?

Your brain damaged or were you born that way?

It’s funny how the Al-Qaeda’s pigs didn’t kill 2 other civilians this time, they learning.

Today is becoming the limit that the woke Will push toward us , the free men and women!

It’s time to establish a New front.
I would call il the north front!
A civil war is coming in North Amemerica!
Starting in United states then moving to North in Canada André then to the South America!
Il would be the blodyest war, that nobody have ever seen.

Dear SF make the vids 360p .. you are no longer on youtube. The videos dont load as nicely. 220MB to stream a 2 minute vid is ridiculous.