I wanted to lie down, close my eyes, and vanish…
But it’s not happening.
I have an idea.
Closing my eyes, I forgot to get the needle. I’ll keep it in mind the next time.
The damned New Year is not leaving me alone again.
But first, a little prehistory, to help introduce the idea.
In Lugansk, there is the City Social Service Center for families, children, and youth.
We’ve been working with them since the very beginning. They help those who are on the edge: no home, no money, single moms, moms with many children.
Nearly all the toys and clothing we collect we send to the Center. You and us have by now clothed over 1000 families! How’s that???
Let me also say that such gifts, such attention are now more important than anything else. When we told them these are hand-made dolls sent from across the ocean, the reaction was indescribable.
This beautiful young lady with a broken nose lives without a father. She has a brother. The young lady fell in love with her pink ballerina. Well, what can I say–no woman can make do without a doll, myself included. Even workers from adjacent offices showed up to look at this wonder) Her mom, Margarita Rudkovskaya, is not divorced which means she is not receiving the appropriate benefits. The “father” has not given her a penny.
What’s more to say–life is hard in wartime, especially when you can’t obtain any aid. 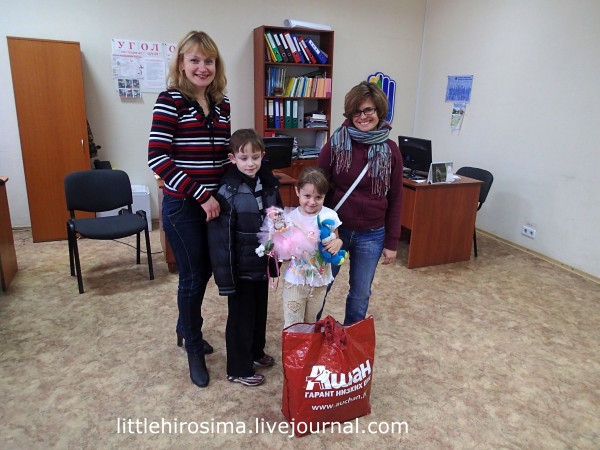 This is Yekaterina Tokareva and her granddaughter Kira. Kira’s mom died two years ago, killed by a car. Her father lives in Kharkov. Hasn’t called once. She’s being raised by her grandma, who told me everything about her dad with Kira standing right next to her. I felt awkward to hear such things discussed in her presence. But it was clear it’s a painful topic. The grandma is not receiving any benefits because the father is alive. But he doesn’t seem to even remember he is a father. But they can’t deprive him of parental rights since the courts in the region are not operating. All the officials simply shake their heads. But one has to live somehow. 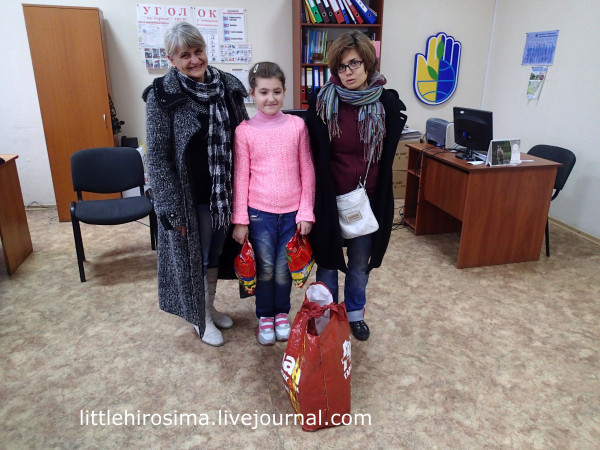 Kira got the story-teller Shekherezade. 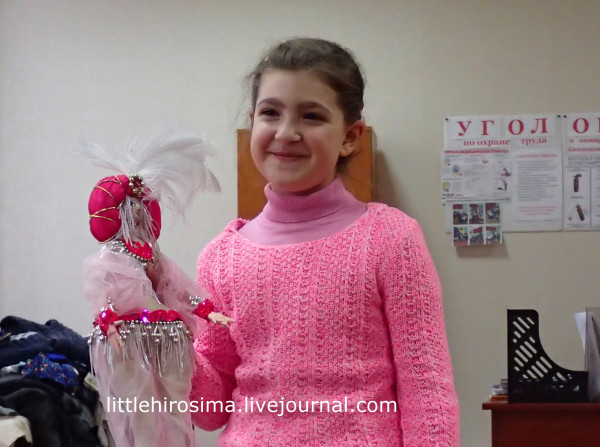 This is Natalya Storozhenko. Their house in Khryashchevatoye was destroyed. She and her son Makar live in a dorm. The boy has frequent choking fits, he has to sleep practically sitting up or else he would suffocate. He got a doll for a boy: a pirate with a hook. But Makar looked at me as if I was stupid and said he plays with cars and plans. “Dolls are for girls.”
Huh? Olga Prokudina with her daughter Dasha. Her mother is still bedridden following a stroke. They spent the whole summer in Lugansk’s cellars. No money. Live off Olga’s miserly salary–she works as a cashier in a public toilet.
Dasha got a doll with an unreal dress. Queen Victoria) And this is Viktoria Zdorovtseva. Five children, the youngest is one year old. What can I say? She’s raising them all without a father… 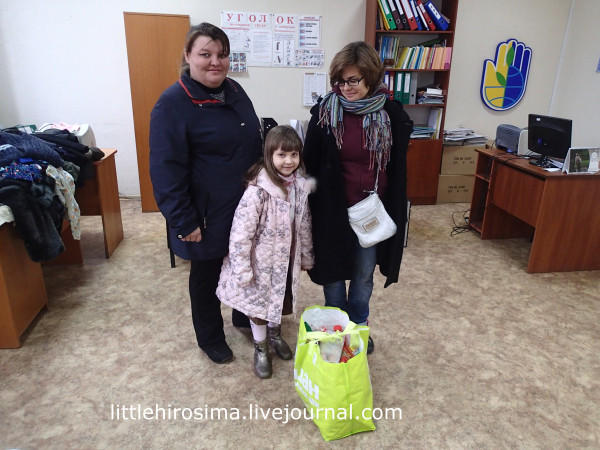 The daughter got a Snow White. This is our stuff) Filled the whole office. The workers are preparing the receipt. Each last item is listed, then transferred to those who need them. You know what the women who work there told me? This is for real:
“If weren’t for all of you, we’d have no work at all.” We brought them 8 boxes of new toys.
Each worker has a story to tell. They lived though the bombardment of Lugansk, when the city was nearly wiped off the face of the Earth.
These are the people to whom those who have nothing left turn for help.
Please make the acquaintance) 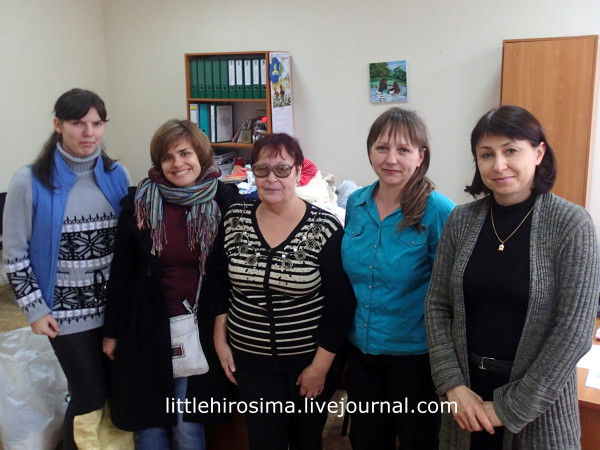 Now, about the idea.
They are organizing a Christmas tree on December 18 for the needy.
I was thinking and thinking, and then it occurred to me–why not bring these kids some presents under the tree?
They are on the edge of survival. No money to spare. Social benefits are low–1000 rubles, give or take. Some don’t receive the benefits and can’t work because they have children to take care of.
Many have no homes and no belongings.
Each December, my daughter is ready to burst from all the chocolate and candy. But these kids are deprived of everything.
There are 120 of them.
I think we had the right idea concerning the presents.
Especially since each present will run at around 100 rubles.
It could be more expensive, depending on how much we collect.
I have already been a Snow White and a fairy. I will play Baba Yaga at my daughter’s school.
But now is the time to become the Grandfather Frost. What do you think?
If you want to join our action, please hurry. We’ll send money to Zhenya on Wednesday, and they’ll figure it all out in Lugansk, so that by Friday they can be distributed. Contact me in person through my livejournal account, through Facebook, PayPal (Littlehirosima@gmail.com), or via email: littlehirosima@gmail.com.