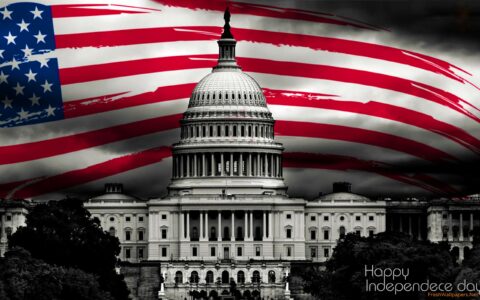 Every psychopath is well practiced at lying; anyone who tolerates that person’s lying is not only encouraging psychopathy but is, oneself, psychopathically unconcerned about the public’s welfare, because any such encouragement will, itself, facilitate the further spreading of lies and deception of the public. This is how psychopathy, which is a merely personal disease, becomes spread and pandemic, thereby producing a dysfunctional society, widespread deception. It happens not only due to the presence of psychopaths, but also due to their passive assisters, who fail to call-out the lie and the liar and to expose them publicly so as to assist in penalizing them, instead of to assist the lies and liars, for those to spread and thrive.

Being a member of a society is to have both rights and obligations within it. Silence in the face of lies that one knows are false is a failure of such an obligation: an obligation to avoid willingly spreading a social disease — the disease of spreading those lies and that falsehood, to a rampantly and ever-increasingly contaminated public.

This was how it came to be that in 2003 the U.S. & UK Governments busted and neutered the U.N. by invading and occupying Iraq solely upon the basis of lies, and never prosecuted for having done so. Neither the Governments (their leaders) were prosecuted for it, nor the news-media (their controlling owners) that were controlled by the same group of billionaires (America’s billionaires, of both political Parties), were prosecuted for these international-war crimes. None of those leaders and their propaganda-organizations (or news-media — their owners) were prosecuted for having done, or assisted in doing, this. That clear fact has established a precedent which been followed, ever since, by constant international lying by those same two psychopathic regimes, and now it is heading toward production of a World War III on the same basis, of constant Governmental and news-media lying and spreading of lies. It is for “regime-change in Russia” instead of for “regime-change in Iraq,” but, just like before, the regimes that desperately NEED to be “changed” are the perpetrators of this enormous fraud, the ones that are in the United States and in the United Kingdom. The United Nations is sadly incapable of doing this — it has been virtually nullified ever since 2003 — but it must be done, before the end-result will annihilate us all.

The psychopathy of America’s leadership is now posing a mortal danger not only to the residents in one nation (Iraq; or, say, in Syria — there are so many other examples) but to the residents in all nations (WW III); and, if it is not stopped now, then the world will be stopped, and soon. This would be the extreme end of the pandemic of lies that go not only unpunished but hidden from the public, instead of exposed to the public (such as is being done here). If this pandemic — which is vastly worse even than the covid-19 disease or any other merely physical pandemic in all of human history — does not now get exposed in the full light of honest public disclosure (presumably by means of news-media that are NOT owned by U.S.-and-allied billionaires), then what hope will there be, for our children, and for their grandchildren (if this pandemic of evil will not have expired the world before then)? It is an obligation not ONLY to the wider public, but even to one’s own descendants (if any), because it is an obligation to — and on behalf of — everyone. This hiding of guilt needs to stop now, because later might be too late. So: please send the URL of this article to everyone you know, and to as many people as possible whom you don’t know, because it concerns everyone.

Investigative historian Eric Zuesse’s new book, AMERICA’S EMPIRE OF EVIL: Hitler’s Posthumous Victory, and Why the Social Sciences Need to Change, is about how America took over the world after World War II in order to enslave it to U.S.-and-allied billionaires. Their cartels extract the world’s wealth by control of not only their ‘news’ media but the social ‘sciences’ — duping the public.

Will to Power vs Christianity. Who will win?

UK Government, controlled by the City of London, an independent state, with their own tax system and laws, squatting in the UK. USA, controlled by Washington DC, just like the City of London, they have their own tax system and laws and squat in the US. Together with the Vatican, who are a country with their own taxes and laws, squatting in another nation, but, controlling all the shots. What do they all have in common? Their administrators and why are they so threatened by the Christian Orthodox?

They have been so vocal about Nord Stream II and all they want to do to make sure it never becomes operational. Now it has been destroyed, in the NATO Lake, known as the Baltic Sea. One of the most heavily surveyed sections of the NATO Lake, but, they saw nothing. Funny, how NATO members, insist that only they can investigate the Russian owned and controlled pipeline. The Fox in guard of the hen house, as the UK demand to be part of the investigation.

Now which nations would have the technology to take out NS1 and NS2? The UK as well as the US and what idiots would they find, to lend a helping hand and take the blame, if it all goes wrong? Poland.

Victoria Nulan – ‘If Russia invades Ukraine, NS2 will never be operational’ – the same old cookie monster, who was handing out the cookies at The Maidan.

Joe Biden – family links to Burisma, and aren’t the Atlantic Council also connected to Burisma? The Atlantic Council, Administration Think Tank of N A T O. Now what was he saying about NS2? ‘If Russia invades Ukraine, we make sure NS2 never works and we have the means to do that’.

Radislav Sikorski – former Polish Foreign Minister, who was a witness to President Yanukovic standing down, back on February 21 2014, and hours before the usual crowd were trying to assassinate him and his family. Russia saved their lives. Also, he just happened to be in Westminster, the day of the Westminster False Flag, and happily posted a video of his views. Why were the casualties left on Westminster Bridge, for hours, when St Thomas’ Hospital was one side of the bridge and the Palace of Westminster the other side? Why was an Air Ambulance already in situ, prior to the false flag? So what did Sikorski have to say? ‘Thank you USA for taking out the pipeline’.

No doubt the UN will send an US approved investigative team to the pipelines, in order to investigate and under the control of NATO. We all know the result they will report, with no facts, evidence or anything to substantiate their findings.

Vanya
Reply to  AM Hants

The “Americans” can do this because they know the Russians are too weak in will and equipment to respond.

Close but no bullseye. The locus of evil is not America but rather its recent manifestation. The Venetian Black Nobility who own the Vatican, BIS, the MIC, and ALL the countries run an evil global empire via jesuits and freemasonry. Their nefarious minions are infiltrated globally and they are legion. This is the problem and the elephant in the room for the aspirations of free humanity. The Brotherhood of the Snake is alive and well and Babylon is still burning bright under the masonic flame of Lucifer. It is time for the spirit of God to return to Earth and vanquish evil. That spirit dwells inside of every righteous person that recognizes God the Creator as the authority over the Earth. God commands to let freedom reign not Caesar. Men of faith everywhere must unite to vanquish the satanic menace that spoils the Garden made for all life.

The big problem is that Cult mind control has made people oblivious to Spiritual and Occult issues.
The devil best trick is to convince everyone he doesn’t exist. Everyone who blames the present situation blames american britons etc as they, and not this power, rule their country.

It isn’t the Jewish Americans fault the Russians and Chinese refuse to defend their interests properly.

Author with Western thinking!
We are told not to mess with a psychopath, it is contagious, and they are not offended by patients.
That is why Putin and the entire Russian people do not respond to the attacks of the West. We cannot afford to fall to their level! If there are problems, we solve them silently with contour measures. So we will win!

Another obvious danger to world stability is Russia’s weakness which is brought on by corruption and a strange culture that punishes success and rewards incompetence.

What a coward the author of this article is. He does exactly what he says people should not do cover up for and enable the Jewish supremacist Judeo Nazi psychopaths. To ignore the fact that 90% of the criminal elite psychopaths he is talking about are Jews and almost all the rest are their (Shabbas Goys) collaborators is criminal in itself.

True but if you blame the ebanists you are censored.

lt’s likely zeus is a chosenite..he tends to obfuscate in his scribblings…

There is a solution: start knocking off those billionaires and contaminated leaders. It worked in the past so it would work now.

this merely demonstrates we americunt weak desperate unable to compete—no our EU pussies colonies must grovel to lick our boots—gaz/oil coal will become more expensive: Russia will become richer….the immoral west is fucxked