–Go with God!
Mom is waving in the window, still with expectation.
The last package of baby food has been stuffed into the car.
The door slams shut.
The seams of my jeans are unexpectedly ripping.
The next day or so will be spent on the road.
To the Donbass.
It should be quiet. 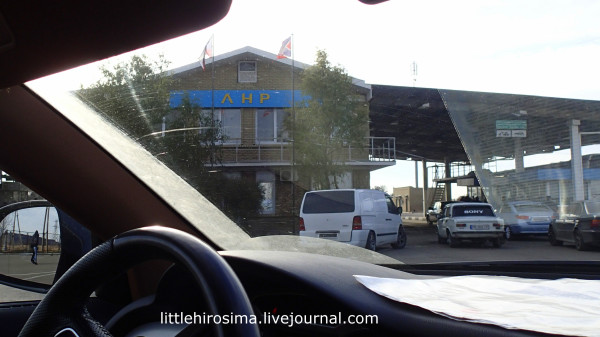 The South is different.
Steppe, poplar trees.
And suddenly colder than Moscow.
An endless like at the border.
Propping up my eyelids with matchsticks.
Days without sleep.
Wind is blowing through my jeans.
It’s already fall.
Falling. Yellow. Naked. 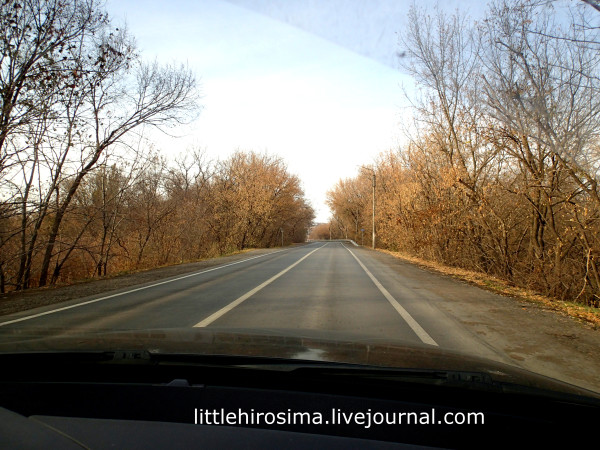 And these bus stops.
Freshly painted and bright.
Almost like celebratory post-cards. 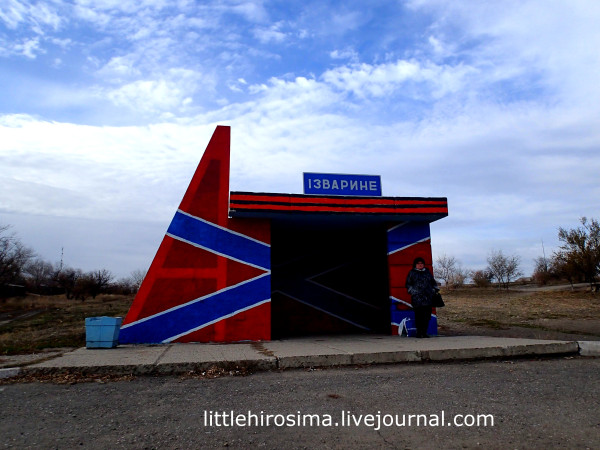 Against the background of bombed out villages and houses.
Which they haven’t managed to rebuild yet.
The bus stops are a marker, an attribute. An occasional BMP.
Leaves flying into the window. 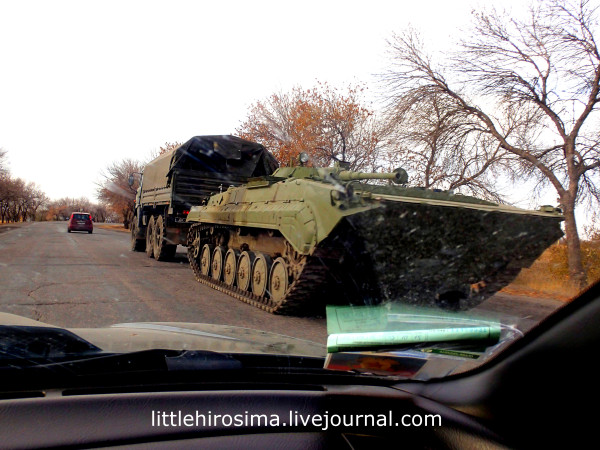 And that unexpected chill.
With white hoar-frost on the grass at night. The Donbass still stands.
But the world had forgotten about it. 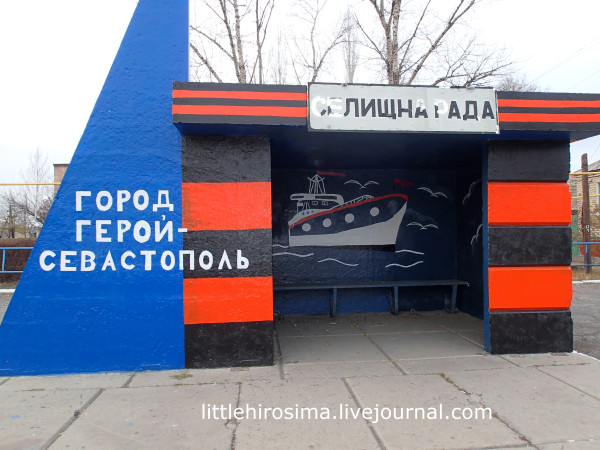 The local news reported last night that shelling had begun again.
Gorlovka, Donetsk, Schastye.
But the Russian news is quiet.
We have arrived.

How sad that Russia is now joining the west in ignoring the plight of the Donbass people! They used to stick up for them, now they have become too much of a hot potato and Putin has decided to please ‘western partners’ instead. What a tragedy.