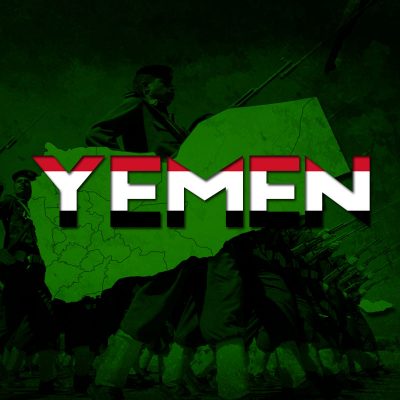 Washington is going to increase its involvement in the Yemeni war, providing more support to Saudi Arabia. The US President Donald Trump’s administration demonstrates its interest to get more involved in the Yemen war, the Nation magazine reported. According to the magazine, the interest of the US President is driven in part by Saudi Arabia’s propaganda, according to which the Houthi militia, fighting against the rump government of Abdu Rabbu Mansour Hadi, is backed up by Iran.

As the Nation reported, last week, Commander of the US Central Command (CENTCOM), General Joseph Votel, said during his speech to the US Congress that Yemen is a key element for US security. According to the General, the country, located astride the Bab-el-Mandeb Strait at the mouth of the Red Sea, could be used by an enemy to interrupt sea traffic in this area, through which about 10 percent of world trade flows.

The magazine noted that the war itself “poses the biggest threat to maritime security in the region” and reminded an incident with Saudi helicopters that mistakenly attacked a boat of Somali refugees, sailing from Yemen to Sudan. About 40 people, who were in the boat, were killed in the mistaken aerial attack.

Votel also mentioned the Yemen-based Al-Qaeda in the Arabian Peninsula. According to Yemeni media, the US regularly bombs and drons the terrorist group there.

Meanwhile, the French TTU information website reported that Washington prepares to assist Saudi Arabia in the country in order to reduce Iran’s influence in the region. This assistance presupposes not only increase in supply of arms, but also seizure of several areas from the Houthis.

The Yemeni port of Hodeidah in the Red Sea is considered as the key priority. As the website noted, its capture will allow not only to cut off the Houthis from their supply lines, but also to deliver humanitarian aid by a fleet of ships in order to avoid mass starvation that can affect up to 60% of the Yemeni population. As usually, a military invasion will be justified by humanitarian aspects.

After the Trump’s coming to power, negotiations were started between Riyadh and Washington on issues of intelligence, arms supplies and training of Saudi pilots. Recently, the US State Department approved an urgent sale of guided weapons worth $390 million to Saudi Arabia. All this is a result of efforts of new US Defense Secretary James Mattis, who is a staunch opponent of Iran.

Last year, plans to seize Hodeidah port were rejected by the Barack Obama’s administration. This time, UAE troops, backed up by the US Special Forces and the US Air Force, plan to capture the port by storm. In this scenario, it is enough possible that Tehran will respond with hybrid attacks against shipping in the Persian Gulf.

Of all the wars the US is involved in within the middle east, Yemen is one of the least justifiable. This also shows how manipulatable Trump is, as he can quickly believe any propaganda that is thrown around.

But there are already many Yemeni ports controlled by the Saudis, how will giving them another one allow food to get into that country? These people are psychopaths.

God is going to open up the earth and swallow my country up.

Trump and the neo-cons are going to do Syria, North Korea, and Yemen all at once now – really? The US really is intent on setting the world on fire…

it is a sign of desperation for a dying empire, for sure

Why just Yemen? How about Nigeria, the Philippines, Democratic Republic of Congo, Myanmar and Mexico? US foreign policy conducted by these maniacs has clearly run amok.

Support for Saudi Arabia is the main outrage here. Mattis can bash Al Quada and Iran all he wants but helping tyrants like King Salman is an outrage. Russia should invade and annex to bring Russian abortion rights to Yemen.

The base wont stand for an invasion of another ME country. Trump will pay for this with his base come election time.

This is called genocide of Yemenis.