Turkey is looking for opportunities to shift the current balance of power in Libya after its proxies failed to break the Libyan National Army defenses and capture the port city of Sirte in northern Libya in an off-the-cuff advance.

Turkish Foreign Minister Mevlut Cavusoglu announced on Saturday 25 July that Turkey had signed a military cooperation agreement with Niger during his visit to the African nation, where he held meetings with a number of officials and discussed the effects of the Libyan situation on the region.

Niger’s President Mahamadou Issoufou also revealed Turkish interest in economic cooperation, especially in the areas of agriculture, mining, transport, construction and energy. As part of Turkey’s cooperation with Africa, the Anadolu Agency reported that the Turkish government has donated millions of dollars for infrastructure development on the continent and has sponsored hundreds of African students.

The deepening military and security cooperation with Niger gives Turkey a potential alternative bridgehead, logistical base and transport hub for its military operations in Libya. The Military Training Cooperation Agreement signed with Niger could also serve as a means to curb France’s influence and oppose the French military’s efforts in Africa’s Sahel region given that country’s vocal criticism of Turkey’s activities in and around the eastern Mediterranean and its shows of support for Greece and Egypt in recent times.

From the tactical point of view, Ankara seeks to undermine positions of the Libyan National Army and its supporters in southern Libya, near the border with Niger, and to force them to allocate resources to contain the Turkish influence there. This should limit the military capabilities of the allies in the countryside of Sirte.

At the same time, Turkey has continued deploying its own troops and members of Syrian militant groups to the Libyan combat zone. According to reports, just recently at least 5 transport aircraft with personnel and equipment arrived at the al-Watiya Air Base. The Turkish military also reactivated the Hawk medium-range air-defense systems deployed there. The firm position of Egypt, directly supported by the UAE, France and diplomatically by Russia, against a potential attack on Sirte prevented a Turkish military operation there because Ankara did not want to risk launching an open military confrontation with Cairo. Another factor is the reportedly growing presence of Russia-linked private military contractors in the country.

On July 26, two MiG-29 fighter jets were spotted flying at low-altitude over the coast near Sirte. These warplanes may have been some of the several jets of this type received by the Libyan National Army in May.

However, the Erdogan government has not abandoned its plans and is now looking for opportunities to turn the situation to its own advantage  and thus finally capture the strategic port city.

Large-Scale Houthi Offensive In Yemen And The Southern Kingdom

It was very “optimistic” to try to “coup” the Sirte Region. Its of big importance. So now Turks and Co on the needed long term try.

Im not for war there at all, but they can only take it as a kind of El Alamein or Torbruk going behind and by isolation. Here navy control or sea control by missiles or dones are of great importance.

I reeat Libya should be divided into at least an eastern, a western and Sirte in the middle. It also could make sense leaving South partly to themselves.

All is about oil. They have to share that benefit into hands and not to the local governess. We see fatal errors there in all kinds of crime, which includes corruption, natco and human trafficing.

Thats the only hope I see for some kind of solution. Gadaffy left to to take over alive. Italiens united it by killing so many, that the never was counted. There was 2-3 criminal Sultanats less and less connected to the Osmans.

Mayee it for years should be a socalled protectorate so their can be some own Governess. 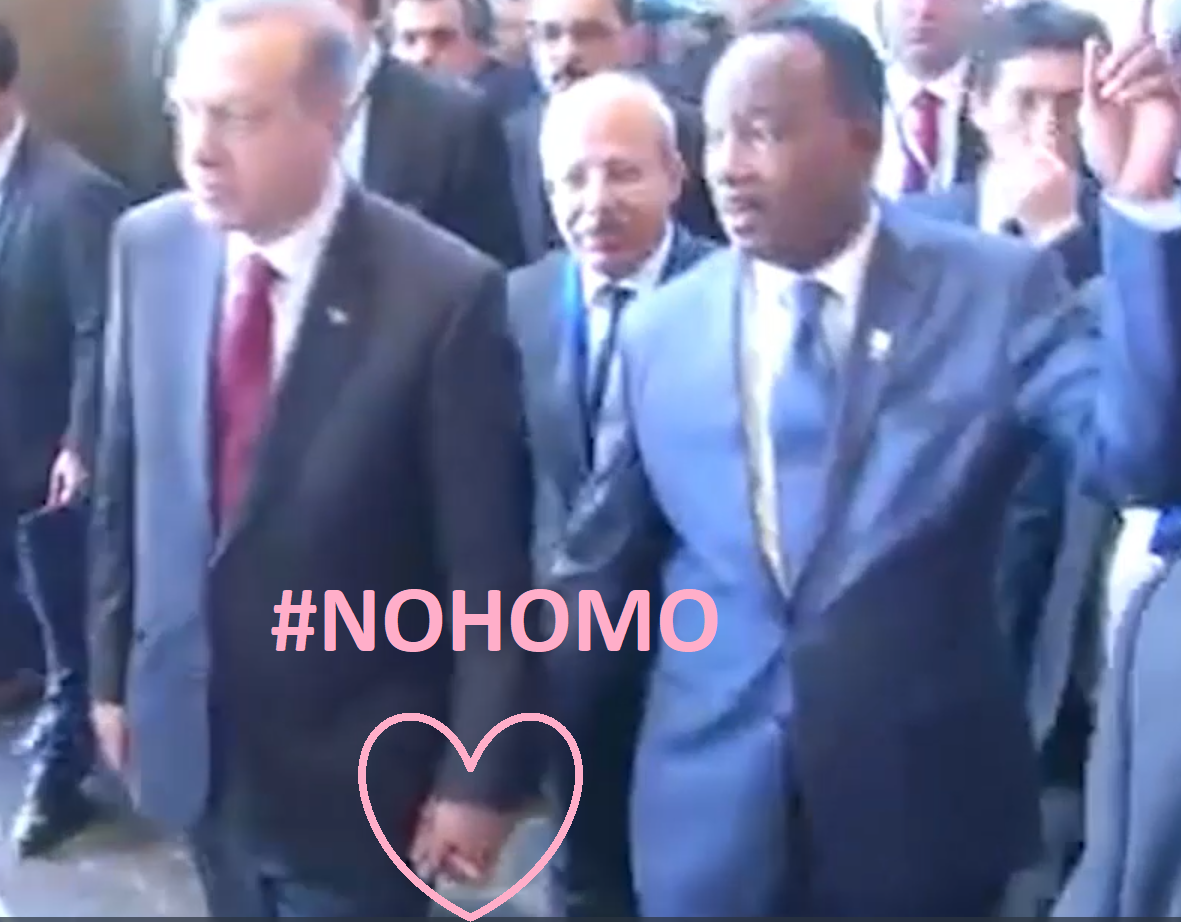 Nato created the mess. Now Africa/Libya is fighting back. Nato provided the opportunity for a counter offense by a Libyan platform to counterattack Europe with Covid infected refugees made possible by Nato.

This funny Erdogan’s arrogant adventurism will end up in rubble.

turkey over extending like the USA empire–UK learned this, now possessing only a few colonies—as these economies contract in debt and poverty and their currencies lose value and become less relevant, they desperately employ imperialism– a temporary unsustainable strategy designed to fail…Niger’s rich will benefit —until their next military coup, when they will flee to London w their Turkish liras

Turkey’s economy is in a bad way and they shouldn’t be able to do this at all. So the question is: who is financing this? Turkey can’t do this alone.

Everything Turkey does in Libya is to put her hands on Libiyan oil.
The same is in Mediterranean region and her disputes with Greece, Cyprus, France and EU an US for gas the exploration.
Why would they need anybody “financing” this? They take loans most probably from China… because World bank and IMF are controlled by the West and Turks slowly but surely are getting on collision course with West (and many other countries as well)

“Financing” means for instance taking loans. So you are claiming that China is financing this?
But no one is giving out loans without some guarantees of repayment, not even China. So if China is financing this the question becomes: what is the end goal for China, what is the end goal for Turkey?
And the World Bank and the IFM are not controlled by the West, but by the global elites, not the same thing.
This looks to me more likely financed by global elites to restore the immigrant flows from Africa to Europe, which is one of their main global goals. Erdogan already played a big part in that a few years ago. More of the same I reckon.

China would “finance” Turkey not for “this”(conflicts) but simply, loan is given to Turks for INTEREST they can get from them.
It is as simple as that (they can’t dictate to Turks how they are going to spend borrowed money)

So no conspiracy theory there.
The same for “emigrants”

Turk intervention in Libiya is strictly for Libyan oil .
Turkey has nothing to do with George Soros and his bosses and they use emigrants because they have millions of them as instrument of pressure on EU.
That’s all I have to say.

“So if China is financing this the question becomes: what is the end goal for China”

Checked for new “Silk way” routes – no ways through Turkey. It was the main reason to give money to Erdogan.

It is well known Qatar pays for those imperial ambitions in order to expand the ikhwan’s hand in Middle East & north Africa. Or perhaps it’s a pay back for Turkey’s help against KSA a few years ago when MBS threatened Qatar directly

Yes, this is one of the most likely explanations. If Q is behind the financing of this Al-Jazeera should be showing signs of support for old Erdo. Part of the picture is UAE supporting Haftar, so it is devolving into a very split Gulf monarchy sh%t fight.

Qatar gives some money for turkish base and defense against S.Arabia.

Turkish reserves – 40-50 billion in dollars and getting less after pressure of US and EU. Too small amount of money for such big ambitions.

Niger being at the lowest of the Human Development Index, landlocked and mostly desert is an easy mark for Turkey. The entire nation is being used as a cat’s paw by the monkey Erdogan to grab the hot prize of Libya without getting its own fingers burned. Niger should know with its own political history everything comes with a price.

So Niger gets funding for development? Great, so its people can now be sent as cannon fodder on Turkey’s behalf just like the useful idiots that were the mercenaries and foreign fighters now rotting in the desert sands around Sirte.

Human Development Index quite biased as many other western ratings. But all people know that Niger is one of the poorest countries. Turkey can give money. They gave it to Ajaria (region of Tbilisi regime). Now all hotels and resorts are turkish. Rumors say that whole Ajaria could be turkish soon. That’s why they give money.

The way I see it is Turkey is the sleazy monster taking advantage of the fact Niger will fall for it like how a shallow woman falls for a diamond studded gift rather than the character of the man.

Niger and other small “independent” states are seeking for a wealth master. Nothing new.

If Niger wants, it will just draw in the Sudan and Chad who are very good friends of Egypt.

Niger offers Turkey nothing but a convenient excuse to draw away the humiliation it recieved from Egypt.

With just one speech, Al-Sisi stopped Turkeys ambitions in Libya. Now Turkey is fishing below the Sahara for sand in one of the poorest countries in Africa.

Soon, China will step into Niger and totally dilute what the Turks have to offer by the magnitude of 100.

Turkey does what Uncle Sam dictates. Nothing less.