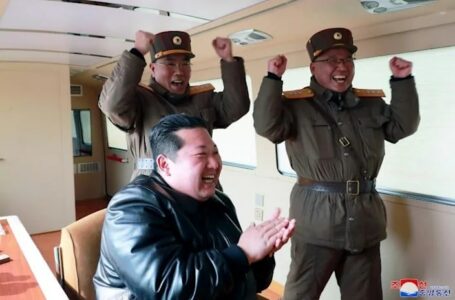 North Korea test-launched two more ballistic missiles towards Japan. The DPRK considers its missile tests a fair response to the joint exercises of the United States and South Korea.

Two short-range missiles that flew in the direction of Japan on October 6 fell outside its exclusive economic zone and did not cause any damage to aircraft and ships navigation.

Earlier this week, another test-launched North Korean ballistic missile successfully crossed Japan and splashed in the Pacific Ocean. Washington and Seoul responded with by joint missile tests but were humiliated when one of the missiles fell at the air base shortly after launch.

Amid the military activities of Pyongyang, a specialised crisis headquarters has been set up at the Office of Japanese Prime Minister Fumio Kishida, where all incoming information about missile launches is collected and analyzed. Immediately after two more ballistic missiles were launched, South Korea’s National Security Council held an emergency meeting. US and Japanese fighter jets conducted joint exercises over the Sea of Japan on October 4. 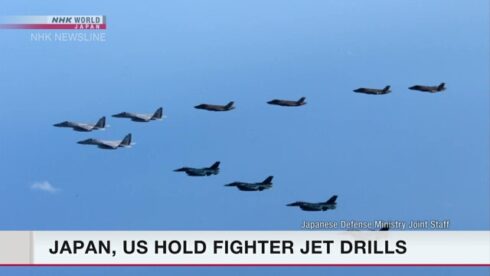 Pyongyang’s missile launches on October 6 were the 24th such drills this year, including both ballistic and cruise missiles. This is the record annual number since Kim Jong-un came to power.

The Foreign Ministry of the republic claimed that the DPRK considers its missile tests a fair response to the joint exercises of the United States and South Korea. Pyongyang has condemned the return of the US strike group led by the nuclear-powered aircraft carrier Ronald Reagan to the Sea of Japan. North Korea considers the relocation of the US carrier strike group headed by the USS Ronald Reagan to the waters near the Korean Peninsula as a serious threat to stability on the Korean peninsula and in adjacent regions.

Last month, the navies of the United States, Japan and South Korea conducted joint anti-submarine exercises in international waters off the east coast of the Korean Peninsula to improve their ability to respond to threats from North Korean submarines. According to the South Korean Navy, an aircraft carrier strike group led by the USS Ronald Reagan, as well as destroyers of South Korea and Japan participated in these joint exercises.

Now, the USS Ronald Reagan is heading towards the Korean peninsula. 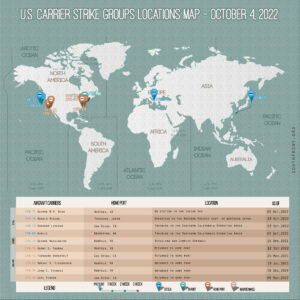 The DPRK Foreign Ministry strongly condemned Washington and its allies for unjustified attempts to raise the topic of missile launches at a meeting of the UN Security Council. According to Pyongyang, these launches were “fair counteraction measures” by the Korean People’s Army in response to the joint exercises of the United States and the Republic of Korea, increasing tensions on the peninsula.

The US has recently attempted to blame North Korea of undermining security in the region during a Security Council briefing at the United Nations headquarters in New York. Washington did not forget to accuse Russia and China as well.

Speaking at the council, US Ambassador to the UN Linda Thomas-Greenfield accused Russia and China of complicity with North Korea:

According to the American diplomat, Pyongyang “enjoyed the full protection of two members of this council. These two members tried their best to justify the repeated provocations of the DPRK and block all attempts to update the sanctions regime,” she said.

In turn, Russia and China objected that it was Washington that was escalating tensions.

“Recently, the United States has been strengthening its military alliances in the Asia-Pacific region and increasing the risk of military confrontation over the nuclear issue,” Geng Shuang, China’s deputy permanent representative to the UN, said at a meeting of the Security Council. He added that the US is “poisoning the regional security environment.”

“It is obvious that Pyongyang’s missile launches were a response to the short—sighted confrontational military actions of the United States,” said Anna Evstigneeva, Russia’s deputy permanent representative to the UN.

Under US President Joe Biden and South Korean President Yoon Suk-yeol, who was elected in March, Washington, Seoul and Tokyo have adopted a more militaristic stance towards Pyongyang. The US and Seoul recently conducted their first joint live-fire war games in five years after the US, South Korea and Japan signed a trilateral military agreement in May that North Korea views as an aggressive, NATO-like alliance.

Blockade Japan they import all their oil. Blockade the country and they can do nothing…….

Germany & Japan decided to split russia in half within 5 years.

Your black boyfriends decided to split your buttcheeks 5 years ago.

CVN-77 is a pirate ship named after a famous slave trading family of George H.W. Bush in the great American hypocrisy. Why no political correctness here ?

…Pyongyang “enjoyed the full protection of two members of this council”. Oh, big boo-hoo, waaa, waaa. This how the rest of the world feels when the west blocks anything that even so much as hints at criticism of the leech state. As for the R.Reagan, it’s fitting that the namesake of the admin that started the neocon snowball rolling downhill, that turned into a Zionist avalanche, should be the first to go down. Do the Brits have a floating target named Thacher? If they do, it should join them on the bottom. No worries about the leeches though, they won’t ever show up, they only start shit, then run.

Poseidon would spit them out.

USA = global parasite. Where they go, trouble follows. What they touch, turns to rubble. This empire is a complete inversion of “civilization”. It is a scourge on humanity just like the British

Especially the commies who were founded by zionist jews.

N.Korea may have the most spiritually successful foreign policy in keeping the Western Satanists out.

they wont just lie down and accept the beasts occupation,they know perfectly well what one moment of keeping eyes off the target means,their total destruction,they will not hesitate to use whatever they have to destroy whoever wants to destroy them,the dprk will never forget what the yanks and west did to them with the sanction of the un shill.imo they should continue to do what they like and show their capabilities,without which they would have been over run years ago,the yanks do not respect or understand other cultures especially the asian mind set,because they are arrogant and ignorant,the day of reckoning for them will come and it will be the bitterist of medicine to swallow

Rocketman needs to go on a diet. His sister is slender and at this rate will outlive him and rule one day. Kim puts the song Rocketman on as he dances around knowing he won’t get invaded like Libya.

In the meantime, your idol Trump is still trying to wipe the shit stains from his white golf pants…..

Kim Jong Un knows that if it is too pacifist, the US UK will trample over them.