Throughout the day, contradictory information was received. Only by the June 11 evening, the situation cleared up.

The attack took place near the settlement of Golubovskoye, by the UAF special forces that presumably belonged to the Center of Special Operations “West”. A group of Ukrainian soldiers crossed the frontline and opened fire, killing five servicemen of the NM LPR. One of the victims was shot dead by sniper fire. Information about prisoners was not confirmed.

The incident scene examination indicates that a war crime was committed. The remaining 4 members of the LNR NM were most likely captured alive and, after interrogation, were killed by point-blank shots to the heads.

Yesterday, as the attack was reported, the head of the self-proclaimed LPR Leonid Pasechnik interrupted his working visit to Russia and urgently returned to Lugansk.

The aims of the diversion attack remain unclear. In fact, the victims were ordinary residents of the Eastern Ukrainian region, who were not of military interest to the enemy. It was not a successful military operation, but a mass murder for molester motives. There are two main versions of the incident:

1. It was an excessive act, UAF servicemen were simply bored and this was the way they chose to amuse themselves. Such behavior matches the Nazi ideology that is being actively cultivated among the UAF special units and among the servicemen of volunteer battalions.

2. According to the second version, this attack was a planned provocation on the order of the top Ukrainian politicians and was intended to aggravate both the situation on the frontlines, as well as the international situation on the eve of the meeting between Biden and Putin.

President of Ukraine Zelensky accompanied by the Ukrainian General Staff visited the conflict zone the day before the attack, which contributes to the second version. The attack was carried as soon as Zelensky left the conflict zone.

After having visited large-scale military exercises of the Armed Forces of Ukraine, units of the SBU “Alpha” and the National Guard trained by foreign instructors in Mariupol on the coast of the Sea of ​​Azov, Ukrainian President made a loud statement about Kiev’s readiness to resolve the conflict by military means.

In any case, further escalation in the East of Ukraine should be expected.

Obviously, such a crime will not remain unanswered by the LPR and DPR forces. As a result of the retaliatory action, the same ordinary citizens of Ukraine who are now serving in the UAF ranks and may hardly bear responsibility for the current events will pay for the new escalation with their health or lives.

In turn, the retaliatory action will be a good pretext for a new round of nationalist propaganda and military hysteria among the UAF soldiers. This is especially actual amid the newly leaked data on the depressive moral and psychological conditions of the UAF soldiers in the East of Ukraine.

“2. According to the second version, this attack was a planned provocation on the order of the top Ukrainian politicians and was intended to aggravate both the situation on the frontlines, as well as the international situation on the eve of the meeting between Biden and Putin.”
This one, of course.

its to start a war, LPR & DPR Forces must counterattack X2

How long do these Russians sacrifice their lives for the ideals of the Putin administration?

Your intellect is unbelievably low.

Differences Between Communism, Fascism and National Socialism explained in 15 minutes:

You can F… Yourself too, CIA faglet.

I can take a reasonable guess and assume you are either young, and/or a paid troll yourself. I wouldn’t have insulted you had you not been so rude.

Why do rich men fund and promote Communism? https://worldtruthvideos.org/watch/why-do-rich-men-fund-and-promote-communism_CS4Og4RtiSNLIuR.html

Karl Marx’s Ancestry and Elite Connections: What is being hidden from us? https://thuletide.wordpress.com/2021/03/05/karl-marxs-ancestry-and-elite-connections-what-is-being-hidden-from-us/

+25cents copy paste boy.
Dont spend it all at once…

Your unrealistic theories of “egalitarianism” are inconsistent with the harsh realities of nature and do not take into account how beautiful women like Eva would cease to exist in your historically inaccurate theory of perpetual anarchy, which is contradicted by all of history and most of archaeology.

If Russia imported tens of millions of 3rd world migrants in a short span of time, they would readily understand why “racism” in the context of Leon Trotsky’s reinterpretation of the definition had ever existed in the first place.

You constantly berate Whites for “slavery”, despite everyone else having done the same. Never mind that White Christian fanatics in the western hemisphere were the first and foremost promoters of the abolition of slavery. 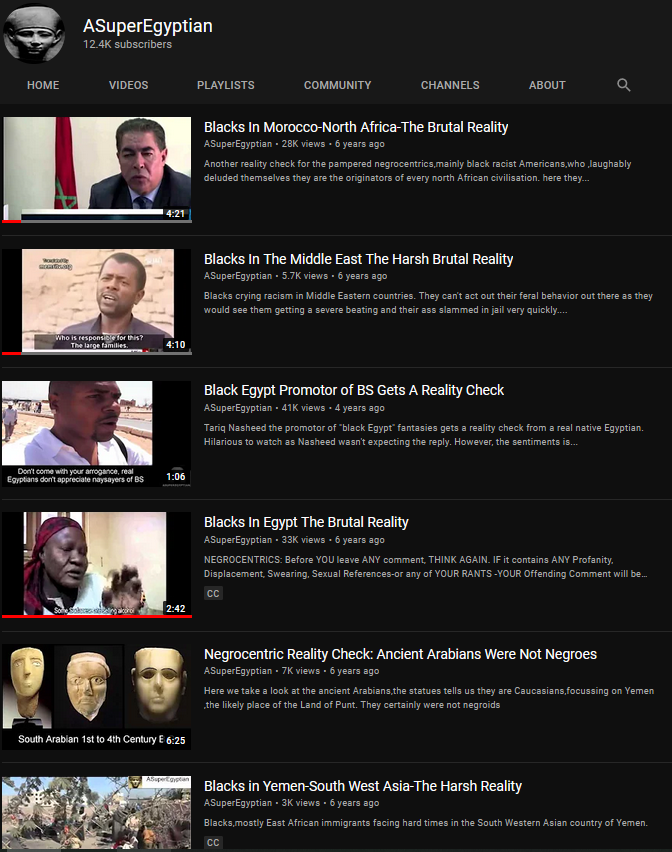 By definition Russia and China are also empires because they are multiracial.

An empire strives for world domination.
China is on the brink to become obe, Russia has no intention and the U.S. pedonazi Empire id falling aoart

“It was an absolute honour being on ‘Tucker Carlson Tonight’ last night to discuss the rise of crime in Sweden as a result of mass migration.”

The UAF just reveal which they are.

Would be time to kill some Ukronazi trash…