An aroumred vehicle is in Donetsk

“We have already revealed the initiator — that is the Special Operations Forces. We are likely to name the head of the [assault] group and responsible officer of this structure in the near future,” Kazakov said.

According to Kazakov, several suspects have already been detained.

Meanwhile, a DPR military spokesman, Eduard Basurin, stated that the Ukrainian Armed Forces (UAF) may launch an offensive on the DPR on September 14.

“Our intelligence has revealed the deployment of a Ukrainian security forces’ combat group in the direction of Mariupol under the guise of Storm-2018 drills,” Basurin said adding that the information had been confirmed by data obtained from downed Ukrainian UAVs. “Our units are on high alert and are ready for any development, up to launching the counterattack in case of an enemy offensive.”

Very sad loss of a braveheart. A true leader in every sense.
Russia needs to act. Already over 10000 dead.
Putin should have acted decisively in 2014 itself. Now he has a festering wound that is taking a bigger and bigger toll. He should put his foot down, tell the world that Russia is moving in to protect East Ukraine and that’s it. The world will accept it.

but unlikely to happen because the oligarchs control Russia and oil, gas, and mineral profits rule. Follow the money..

The oligarchs answer to Putin – recall that video of Putin making a fool of Oleg Deripaska when he borrowed his pen at a factory visit.

The world will NOT accept it. The US and NATO Will jump all over it. It would be the excuse they have been waiting for. And it will escalate so fast your head will spin. Kiev has to make the first openly military move. Like they did back a few years ago when they got their heads handed to them in less than 15 minutes. Unlike Crimea. the people of the Donbas are not looking to become part of Russia. They want their independence.

More likely that Nord stream 2 and Turkstream will jump all over Ukraine…anyway if Russia attacks Ukraine would use cruise missile vs main power electric station and petrol&fuel storage using cruise missile from Russia during winter….then Ukrops show white flag in few days!..Porky know it thats why he has never shot a single bullet vs Russian forces in Crimea…..

At the heart of the problems in Ukraine, Syria Yemen Iraq Sudan Myanmar Venezuela Brazil Argentina Jordan Greece, oh the list is so long, but all the evil comes from one source, if you destroy that source, you save the lives of billions.
Russia is going to kill the beast, no point in wasting time with its minions, whilst the devil still controls America.

Please don’t blame Ukraine. Ukrainian themselves in trouble due to US and UK hypocrisy. The assassination operation of DPR head have been carried out by Benjanyahu secret force.

more than 30% of the ukrop population voted for the illegal ‘ATO’ to continue until Novorossiya surrenders. The other 70% are not politicised at all and the majority never even bother to vote. They allowed the Banderasts to seize Verkhovna Rada and turn their country into a failed 3rd world state, and did nothing..

I surprised that Ukrainian state was very strong at the era of Soviet Union but as it was get independent then it became so weak that I don’t think that they gonna stand in front of any aggression from US or UK. Russia, China, Iran, Pakistan, North Korea etc they are now united and safe why because they see that they are under US and UK aggression. The US and UK nations are good but their politicians have been controlled by Israel. Israel are very dirty manipulators. They have created chaos in the whole world through US and UK.

Most Americans vote for Republicans and Democrats, even though they are the worst mass murderers in the history of the world?

I have a hard time believing that this was an operation carried out by the Junta on it’s own. I suspect the CIA or MI6 or even Mossad in an attempt to draw the Kremlin’s attention away from Syria.

Agree. AZ was the most important person to have been targetted. Likely a Mossad/CIA op.

“Someone among us is not ours!” This smells like inside job. Mozgovoy (ghost bat.), Tolstykh (somalia bat.), Pavlov (sparta bat.) and now AZ head of DNR. Novorossya must form KGB GRU department P to counter inside jobs.

another terrorist bites the dust… 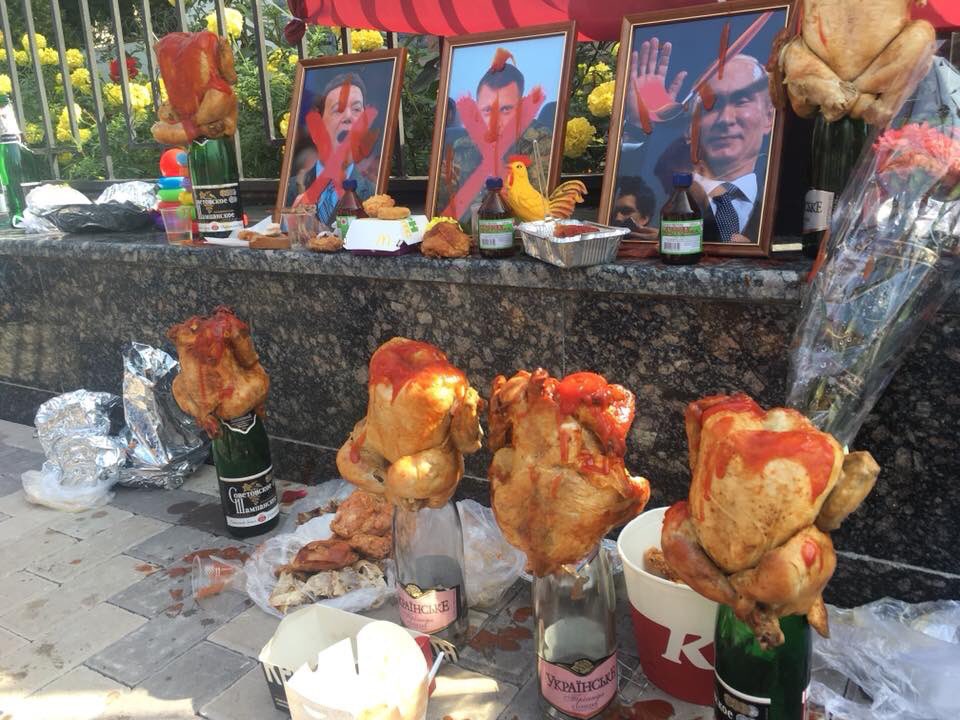