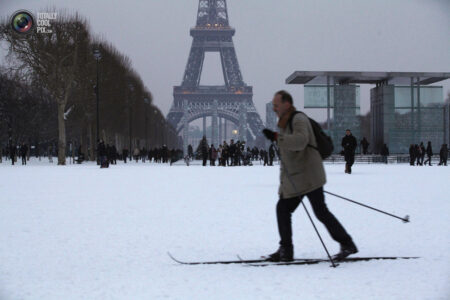 The US and Poland would be the most suspect countries in the case of sabotage against Russian-European gas pipelines.

The recent incident on the Nord Stream pipeline has drawn the attention of the entire world. Authorities on both sides of the global geopolitical scenario pointed to possibilities indicating deliberate sabotage and terrorism. Kiev baselessly accuses Moscow of being responsible for the act, however several evidence indicate that the biggest suspect of having operated this sabotage is the US.

On September 27, the Swedish National Seismic Network (SNSN) reported a series of strong underwater explosions in the region of the Nord Stream 1 pipeline facilities. As a result of the explosions, many gas leaks occurred, huge sea waves were generated, and the structure of the entire gas pipeline was severely harmed. Interestingly, the day before, a similar incident had already been reported by Nord Stream AG – the company that manages the gas transport – at the installations of the second pipeline. Strong pressure drops hit Nord Stream 2 and left worrying damage to the facilities. Now, Nord Stream 1 and 2 are both damaged.

Obviously, the economic and environmental damage of a tragedy like this is countless and irreparable. However, what is most remarkable is the fact that both gas pipelines collapsed at virtually the same time and precisely at this moment of so many international tensions involving the West and Russia. In fact, the possibility that the explosions in both pipelines occurred accidentally was not received with credibility by either side on the world scenario. EU Foreign Policy Chief Josep Borrell said he did not believe in the hypothesis of an accident, which led Russian Deputy Foreign Minister Alexander Grushko to mention in an interview that Moscow is willing to cooperate with the EU in investigations if there is a request to do so.

As expected, some Ukrainian and Western leaders immediately began to unjustifiably accuse Russia, despite Moscow’s willingness to cooperate with Europe to find those responsible for the possible sabotage. Kiev’s presidential adviser Mikhaylo Podolyak, for example, commented on his social media: “The large-scale ‘gas leak’ from Nord Stream 1 is nothing more than a terrorist attack planned by Russia and an act of aggression towards the EU. [Moscow is seeking to] destabilize the economic situation in Europe and cause pre-winter panic”.

However, at no time was any plausible evidence presented to support this “conclusion” of Russian participation in the sabotage. From different points of view, it is possible to say that it would not be in Moscow’s interest to promote such an action. The Nord Stream project was a very important part of Russo-European energy relations and there would be no strategic reason for either side to try to boycott the pipelines.

On the other hand, if there is one side that has repeatedly expressed an interest in boycotting Russian-European relations, it is the US. In order to isolate Russia and increase European dependence on Washington and its allies, the US government boycotted Nord Stream on several occasions with sanctions and coercive measures. Before the start of the Russian special military operation in Ukraine, the US had already tried to dissuade Europeans from continuing energy cooperation with Moscow, which was intensified by anti-Russian packages of measures since February. In fact, Washington has used the operation in Ukraine as an excuse to advance its agenda of complete separation between Russia and Europe.

More than that: US officials have made it clear on some occasions that they would take direct action against Nord Stream if Russia “invaded” Ukraine. On January 7, President Biden stated in a press conference: “if Russia invades, then there will be no longer a Nord Stream 2. We will bring an end to it. I promise you, we will be able to do that”. Also, earlier Victoria Nuland had already said, in January, that “if Russia invades Ukraine, one way or another, Nord Stream 2 will not move forward”.

Considering that the beginning of the special military operation for the demilitarization and denazification of Ukraine is seen by the West as an “invasion”, these threats made by the American authorities in the past sound today practically as a confession of guilt for the possible sabotage against the gas pipelines. In fact, this is the opinion even of some pro-Western authorities, such as the former Polish Foreign Minister Sikorski who posted on his social network a photo of the explosion on Nord Stream 1 writing “Thank you, USA”, admitting believing that Washington provoked the tragedy.

It is important to remember that Poland was also interested in the end of the Nord Stream project, as the gas pipeline directly connects Russia and Europe, ending the dependence on the Polish route, which made costs higher and gave the Polish government bargaining power with Europe. In fact, the US and Poland would be the most suspect countries in the case of sabotage against Russian-European gas pipelines and this seems evident from the pronouncements of these authorities.

Now, it remains to be seen how Europe will deal with these facts. It is essential that this tragedy serves as an example to illustrate the anti-strategic aspect of this subservient relationship that the EU has been maintaining with the US in recent decades. Washington exhibits an authoritarian and aggressive behavior and is possibly involved in a sabotage operation that will worsen the European energy crisis during this coming winter. This is more than enough reason for European states to start adopting a sovereign foreign policy.

Of course that USA made this sabotage, evidences ? USA has them. Poor european people destinated to be slaves of USA.

STOP lying and exaggerating nigger with a name Leroy. You cannot even spell your own name without grammatical errors. 3 grade education in Detroit?

1. Why stupid snow in Paris in SF article photo? It is Global Warming, stupid! So it should be a nigger tanning in the sun in front of Eiffel tower.

2. Fuck Russia. We do not need freaking gas or oil from Russia.

5. We have millions of green energy propellers everywhere and sun tanning booths everywhere for each bitch that will generate more electricity thay we dream off.

6. Fuck US. They have no influence on us nor we need them. We have let them go to the East. Now they are happily busy doing circle jerk with Russia. And we are happy for them too.

Who you mean “we”? You’re not even European you fag. You can keep sucking your masters cocks. I’m not with you.

You’re about to be standing out in the cold… Forever

Bitch you don’t “stand” – you kneel…. not just a slave, you are a whore. And you are not from Europe, pathetic twat.

All European industries and economies will collapse if there is no supply of Russian energy “natural oil and gas.”

Natural oil and gas are very cheap sources of heat in winter and also needed for emergency electricity generation.

Natural oil and gas are very significant for a country’s industry, economy and prosperity. A country can easily collapse if they don’t have enough energy supply “oil and gas” to run their own industries. Just needs honest leadership in European countries, not to fight with the Russia and the Middle East.

“Jackie? Where is Jackie?

Biden during his speech “lost” former Rep. Jackie Valorsky, who died in a car accident in August.

At first he spoke as if he was trying to find her with his eyes, and then he suggested that she must not have been able to attend the event.

And if the EU members are smart before they commit suicide they will disband from NATO and kick Yankee D00dle goyim out of their Countries for good before it’s too late!

If Europeans are smart, they’ll also kick out all muslims and jews from their countries. Ain’t gonna happen anytime soon, unfortunately.

Initial investigation into the situation has revealed that by chance, over the last few days the UNITED STATES of AMERICA’s = USS KEARSARGE (LHD-3) incl. Fleet was traveling in the very area where the Nord stream pipeline sabotage is now.

Here is ship data:
The last location reports from Marinetraffic shows the KEARSAGE and its fleet JUST north of Bornholm before it TURNED OFF its AIS TRACKING SYSTEM IN THAT EXACT SPOT.
.
According to some press reports from a few days ago, the ship was also east and south of Bornholm (where the pipeline runs) and SWITCHED OFF IT’S AIS tracking system THERE in that EXACT AREA.

The fact that the Nordstream pipe ruptures are in Danish territorial waters is of course no coincidence. The Russians, in order to check and repair this, would again need a permit from the Danes, as was already the case with the construction.

What was the USS KEARSAGE doing in that area when it shut off its AIS tracking? Planting time-delayed explosives???????

The US is playing its empire game and millions of people around the world will suffer for it.