US forces, accompanied by Kurdish People’s Protection Units (YPG) fighters, drive their armoured vehicles near the northern Syrian village of Darbasiyah, on the border with Turkey on April 28, 2017. / AFP PHOTO / DELIL SOULEIMANfor

In a new confusing development, U.S. officials told the New York Times on January 11 that the U.S. has withdrawn no troops from Syria. According to the report, only some units of military qeuipment have been withdrawn.

The officials went on to reveal that the number of American troops in Syria might actually increase in the coming days in order to support the final push against the remaining ISIS fighters in the Euphrates Valley.

Earlier, the US-led coalition announced that it has began the process of deliberate withdrawal from Syria. The new statements don’t only contradict with this announcement, but also with a recent report of the Syrian Observatory for Human Right (SOHR). The SOHR stressed that up to 150 U.S. service members have withdrawn from northeastern Syria today.

The decision to withdraw U.S. forces from Syria was first announced by the White House on December 19. Since then, the Western media and many political figures in Washington have been criticizing the decision and trying to manipulate it. These new statement are likely a part of these efforts.

Moscow has doubted the seriousness of the withdrawal decision many times, while Damascus has not commented on the matter so far. This reflects the lack of trust to the current administration in Washington.

But what does President Bolton have to say about this!

You can call me Al
Reply to  S Melanson 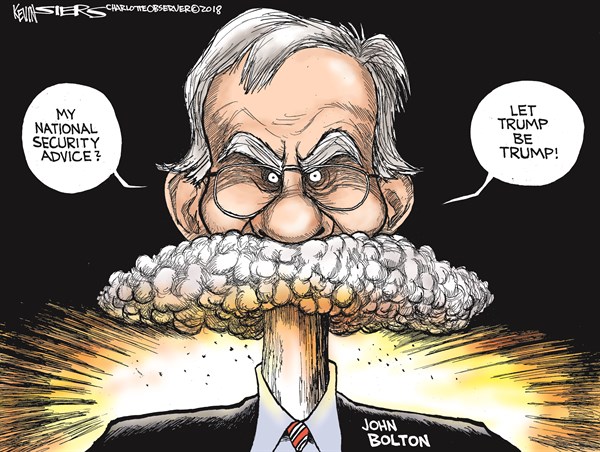 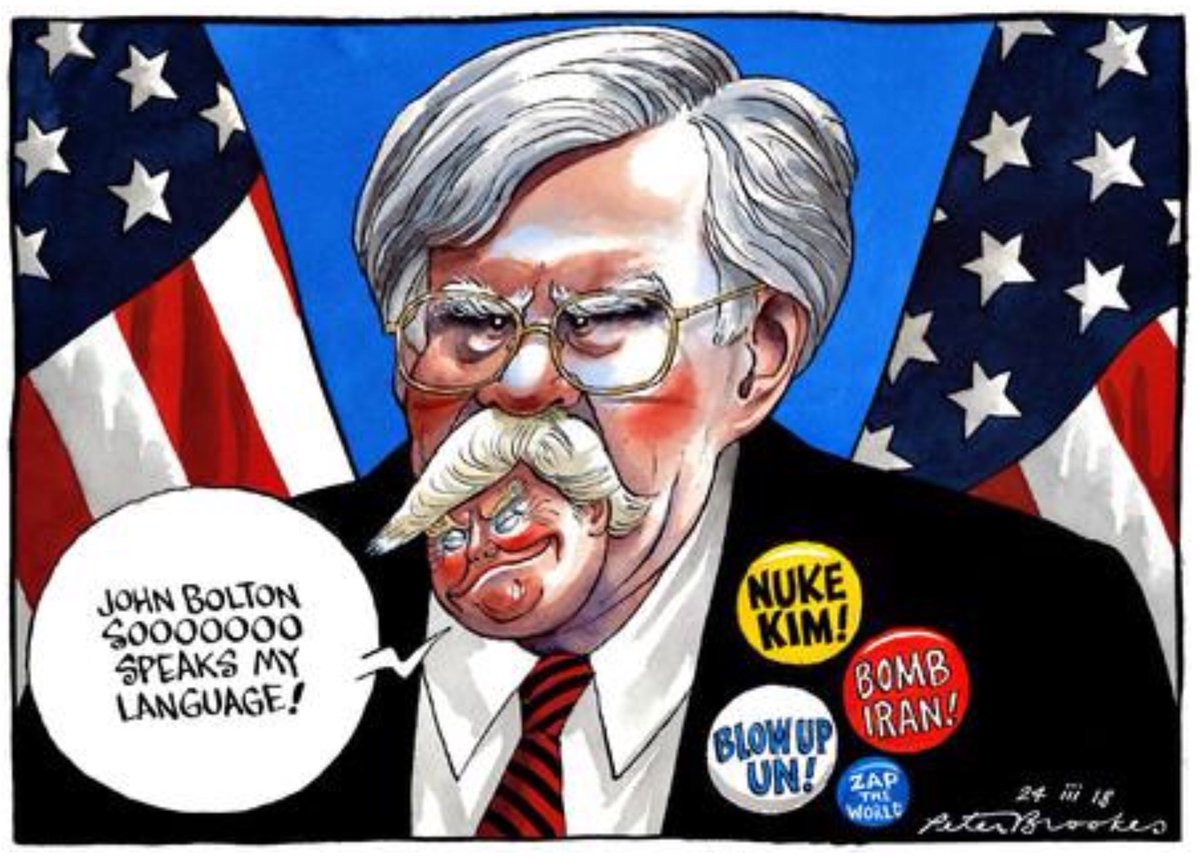 He is threatening to shave his mustache, so he looks what he is a bare ass.

Bolton is a draft dodging coward like the buffoon Trump. They are nothing but bombastic thugs for their Zionist masters. Bolton has made a career of being a slave to the Americunt Jew lobby and AIPAC. He is considered a clown.

You never believe biggest liar all around the world , Trump !!

Trump has proven time and time again that no matter the political stance, ideology, or party. The US Government’s Policy towards the Middle East won’t change until the elites are pushed out of power. I have a feeling that its coming soon a lot earlier than we expect. But I’ll cautiously keep my expectations low. Hillary Clinton would’ve at least been clear day one what her vision was (thank god she didn’t win) and the turmoil taking place between Trump and the Neocons has indirectly helped the Syrian Government to take back most of its territories.

Behind close doors. I bet Trump wants out of Syria and Afghanistan as much as we all do. But I think he’s realized he can’t really do anything about it unless he wants to risk his own life.

As long as the Arabs have OIL and the Zionist cancer occupies Palestine, the Americunts will keep on warmongering in the region. If anything, the Americunts are increasing their troops in Iraq, building new bases in Zionist occupied Palestine. Jordan, Syria and even Oman. Sheeple are silly to fall for US propaganda. They are about to start a major terror campaign against Iran and the dumb mullahs are oblivious to the threats. They should have tested a nuke years ago like India and Pakistan did.

India ,and Pak did test atoms and Israel and South Africa had them and America let out not a squeek! Only Russia ,Korea and Iran are not allowed it seems.
Us has enough oil .It just wants to stop Russia and Iran from putting oil pipeline through there which would mean less money and power for Us and its corporates. They are there as Nuisance value basically.

Iranian policy or the lack of it, is most baffling. They have been sanctioned and embargoed for 40 years on some pretext or the other, and have not even produced a nuke. Either the mullahs are totally insane with a death wish or they are working hand in hand with Americunts and the Iranian people are suffering. Either they should test a nuke or submit to the west.

Could it be they actually believe in the Shiite code of nukes not being Islamic as we have been told . Surely they have smart sc ientists and could get one given to them as Pakistan was?

Christianity,Hinduism and Confucianism believe that such killing is abominable but as we know India,China and Christian countries have them.

New York Times has zero credibility, they are an anti trump organization, subsequently their reporting is contrarian.

And que the Donaldpologists still clinging to the idea that he’s fighting the “Deep State” despite abundant evidence to the contrary. Didn’t they tell you MAGA stood for Make Asia Glow Again?

More confusing spin.
Trump for 12 months has said he wants out, if you look at what’s happened in Syria over the last 12 months it doesn’t look as if he’s done anything to the contrary.
Did the US/Trump oppose the campaign Assad launched against the rebels in the south, no, he let Assad take back that territory unopposed, and I haven’t heard him tell Assad not to attack idlib either since last year, come to think of it, no one else is either anymore, not even Erdogan himself.

With or without USA and puppet terrorist presence Syria is going to be liberate by Iran,Hizbollah Russia and Syrian forces.

Let’s hope so. It is high-time to hit Zionist scum.

Ignore what the jewy media says about the troops pullout from Syria. All they do is spin, spin, spin, just to allay the fears of the coward jews.

Also lying about troop movements is normal in war. Believe only what you can see with your own eyes or other trusted sources.

You got that right, bro. The only war information you can rely on are the FACTS ON THE GROUND, not the spin cycle in the media’s (brain) washing machine.

Facts on the ground in Syria? Bashar is still winning.

Troops supporting Trump are preparing to leave, while US Troops loyal to Obama and the globo-homoes intend to stay.

Do you really rhink this can haopen at such an individual level. No way. ! They would be courtmartialled immediately. They will go if Potus says to go unless there is a coup against Drump.

Nobody believe biggest liar Trump all around the world !