I visited a hospice for the second time in my life.
What did I experience?
Nothing. Emptiness.
A place where people die.
The Gorlovka Hospice.
The bombed out, abandoned to its fate, unfortunate Gorlovka. 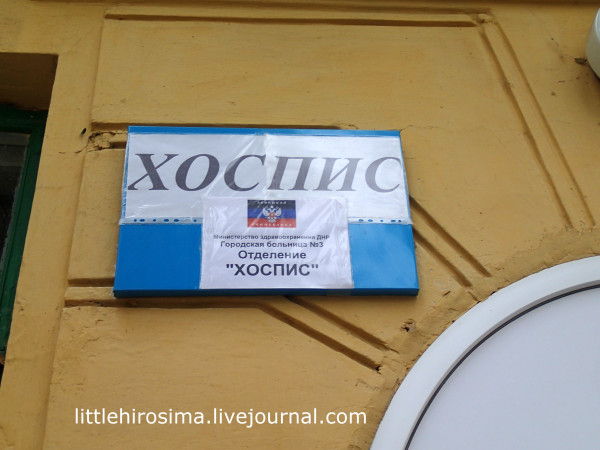 I occasionally get asked–there are hospitals there? Even retirement homes?
Orphanages that are still open?
Yes, it’s all there.
And life there goes on as usual, if that’s the right word.
There are markets, shops, barbers.
People go to work. Travel on buses. Haggle on the markets.
Choose presents.
And there are also hospices. Where people work who haven’t gotten paid last year at all.
Who did not abandon the ill under rocket and artillery fire.
And the fighting there continues still… We drove up to a tiny building.
One of the hospice workers walked out of the hospital.
She wore heels and tight jeans.
The heels clattered on the pavement as the girl walked with her head high.
All the men turned their heads.
Life continues. 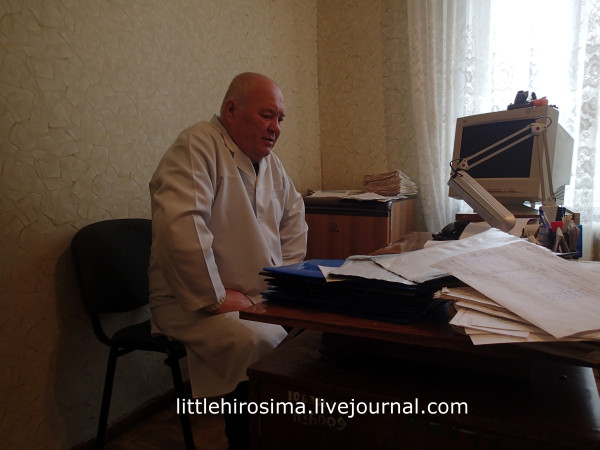 –How are things? Did you get a lot of guff for your humanitarian aid?
–No big deal, we know how to fight.
Nikolay Nikolayevich, the hospice director, smiles.
But in reality his face looks dead tired.
I later learned that he suffered a heart attack after we left the Donbass the last time.
In general, it seems that nearly all my friends’ relatives are now suffering from illness of some kind.
It’s the stress.
Which is now routine.
–I read your article about us. I also saw some of the comments…
Yes, some of the comments boggle the mind.
I got used to them. That’s a given for me, to read every day that I am a piece of dirt.
But Nikolay Nikolayevich is not an internet addict.
He got up and started to look for something in his papers. I look and he’s holding the article complete with comments.
–Look what garbage they are writing about you–you were wearing shorts…
–It’s no big deal…
–It’s wrong, wrong.
Wrong, wrong.
All of that chatter in the net.
Empty chatter.
I still struggle to understand what kind of people work here.
Nearly all of them were at work during the Debaltsevo cauldron–dozens, hundreds of refugees ame through here.
Slept on their floors. Slept everywhere.
The workers did not abandon the ill. When water was cut off, they brought up buckets from the flooded basement, boiled it, and used it to wash the dying.
For a while they were cooking on a campfire outside.
I hope we’ve made their lives a bit easier.
The hospice has the lowest priority when it comes to humanitarian aid distribution.
Nobody needs the dying.
Not even their own relatives.
What incredible emptiness.
When I write about it in the well-fed Moscow. As if a dispatch from a parallel universe.
This place where people die.
The Gorlovka Hospice.
The bombed out, abandoned to its fate, unfortunate Gorlovka. 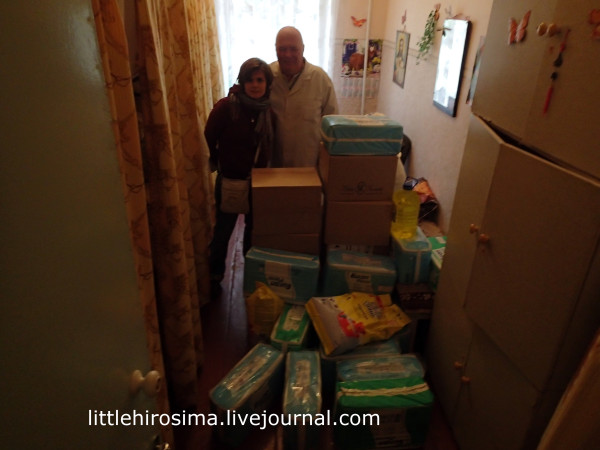